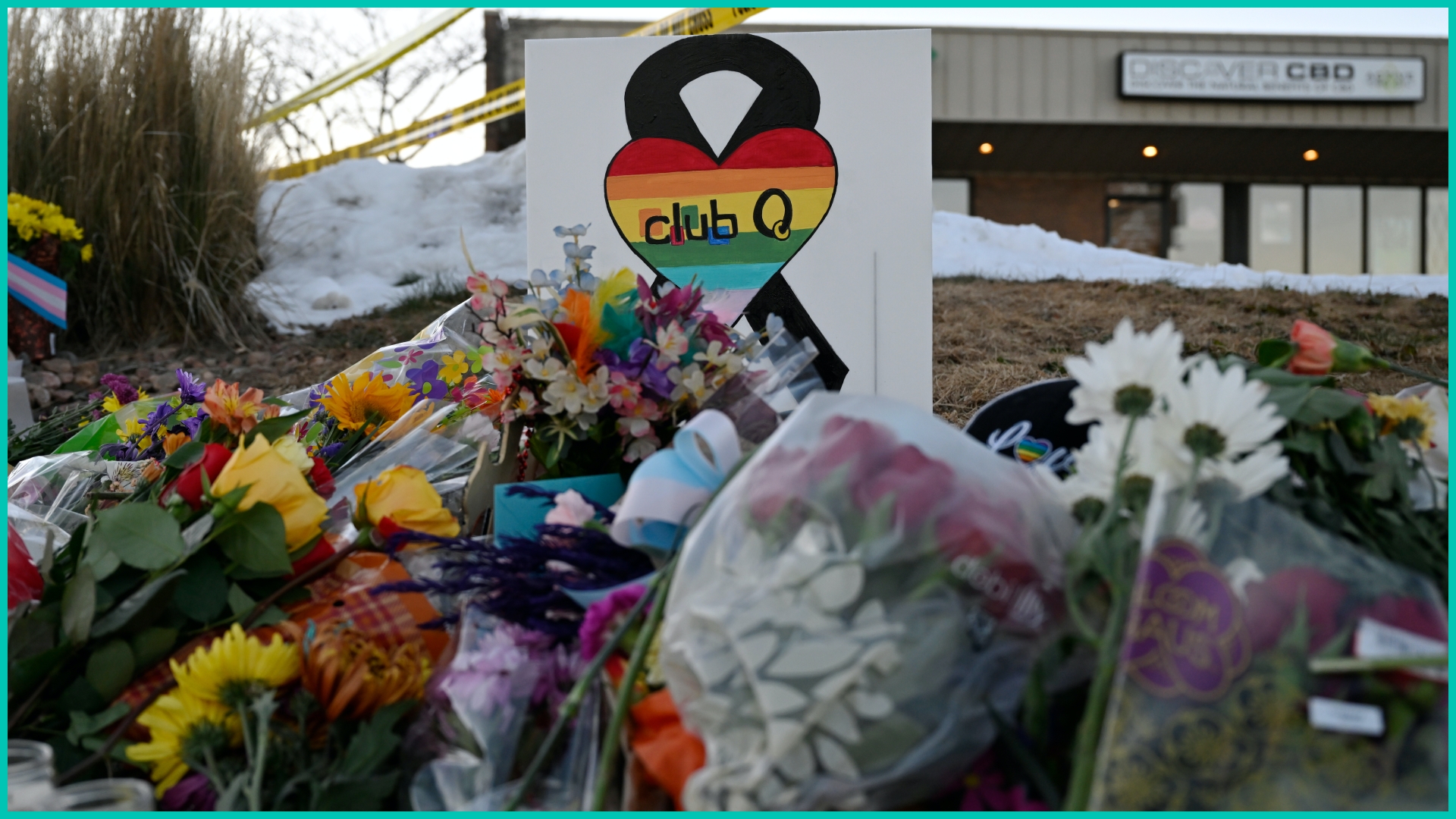 A gay nightclub was attacked.

On Saturday night, a 22-year-old gunman opened fire on Club Q — an LGBTQIA+ nightclub in Colorado Springs, CO — killing five people and injuring at least 25 others. Officials say at least two people intervened, stopping the shooting before police came and took him to the hospital. Authorities are now investigating the attack as a possible hate crime — and have found two guns at the scene, including a long rifle.

The LGBTQIA+ community is reeling. Club Q has been described as “the go-to for pride.” Gov. Jared Polis (D) — the first openly gay man to be elected governor in the US — called the shooting “sickening.” And ordered flags lowered to half-staff. President Biden also condemned the violence and doubled down on his call for a federal assault weapons ban. But that’s not all.

The attack came before Transgender Day of Remembrance — which began back in 1999 in memory of Rita Hester, a black transwoman who was killed the year before. More than 300 anti-LGBTQIA+ bills have been intro’d this year. And at least 32 transgender and gender-nonconforming people were killed by violence this year, according to the Human Rights Campaign. That number could be an undercount.

Many are still reeling from the 2016 attack at the Pulse gay nightclub in Orlando — then the deadliest mass shooting in US history. Now another attack has left the LGBTQIA+ community in mourning amid a rise in hate and violence.

Former President Donald Trump. Over the weekend, Chief Twit Elon Musk invited the former president and his love of caps lock back to Twitter. For years, Trump had dominated the platform, sending off everything from insults to musings to his 88 million followers. But days after the Jan 6 Capitol attack, the company cut him off. It said this was to reduce “risk of future incitement of violence.” And based its decision on how recent Trump tweets were being “received and interpreted” — to mixed reactions. Since then, Musk has taken over and said he would bring Trump back. Now, after putting the question to a poll this weekend, Musk said, “the people have spoken” with close to 52% voting to bring Trump back. But Trump has said he plans to stick to his own platform, Truth Social.

...Oh and Trump isn’t the only one getting the welcome mat: yesterday, Ye’s account was also unblocked, weeks after an antisemitic rant that included saying he’d go “death con 3 on Jewish people.” All of this comes as Twitter hemorrhages employees — while Musk celebrated what he called “record” Twitter usage amid the chaos.

What got the ball rolling...

The 2022 FIFA World Cup. Yesterday, the sporting event kicked off in Qatar at the Al Bayt Stadium. BTS’s Jungkook turned us into “Dreamers.” Fireworks lit up the Doha sky. “Waka Waka” walked so “Tukoh Taka” could run. Lionel Messi and Cristiano Ronaldo had many saying 'checkmate.' And Morgan Freeman did what he did best: narrate. Meanwhile, Ecuador got a little closer to holding the world cup…and farther from grabbing a beer. And their 2-0 win against Qatar came with an empty stadium. Today, countries like Iran, England, and the US get a shot at channeling their inner Andrés Cantor — amid a background of human rights abuse allegations.

Who sent emails over the weekend...

The Department of Education. In recent days, millions of student loan borrowers have started getting emails that their applications for relief were approved and that there’s no need for “further action.” (Don't worry if you haven't, the emails are going out in batches.) While confusing to some, the message acknowledged that the Biden admin’s loan forgiveness plan was blocked by the courts. And reminded applicants that they won't see changes for now. The move comes as President Biden asked the Supreme Court to step in. SCOTUS could decide this week whether to pick up the issue.

What some are panning as a cop-out...

COP27. Yesterday, world leaders agreed to create a $100 billion fund. The goal: to help countries like Ghana and Dominica already dealing with climate disasters. It’s unclear how much rich countries are committing. But the annual climate conference ended with the countries failing to make additional commitments to reduce their fossil fuels emissions.

While Disney is seeing more of Bob Iger...

Attendees at the AMAs wanted to see even less of Chris Brown.

Who deserves all the credit...

The Try Guys addressed the elephant in the room.