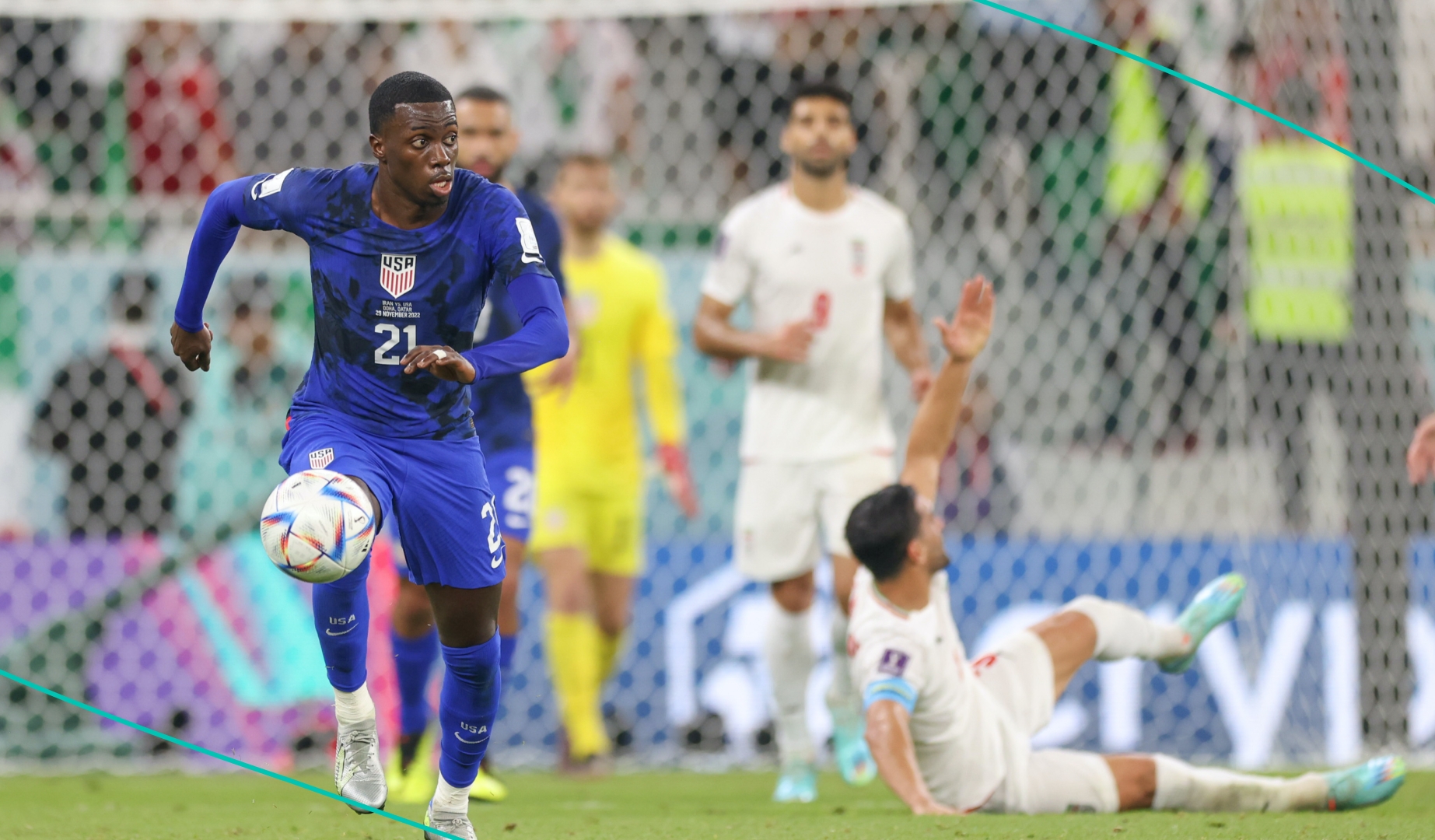 American soccer: Right now, the US men’s national team is facing off against the Netherlands in the round of 16 in the World Cup. (No, really, right now.) It’s a big deal, given that the USMNT hasn’t made it past this round since 2002. Will Americans tune in to watch?

For nearly two weeks, the 2022 FIFA World Cup in Qatar has been hitting global airwaves with multiple games per day as teams from around the world competed in the group stage. Now 16 teams have to win or go home in the knockout stage, starting with the US v. Netherlands. Maybe, like tens of millions of others, you’ve been watching the World Cup in real time. Maybe you’ve been catching its highlights on social media. Or, maybe you’ve tuned out in protest of all its controversy. Regardless, more and more Americans have been following the World Cup lately. Fueling a shift in US fandom that’s been playing out for decades.

The number of Americans who say soccer is their favorite sport to watch has gone up sevenfold in the last 30 years. No surprise, since Major League Soccer has only existed since 1996 in the US. Since then, its presence has grown, thanks to high school teams and major soccer events hosted here. (Think: The 1994 and 1999 men’s and women’s World Cup, respectively.) And you can’t talk about the sport’s growing popularity without crediting the success of the US women’s national team — including their 2019 World Cup victory. All of which has helped people tap into the sport’s appeal. This year’s US v. England game set a record for the most-watched men’s soccer match on US television, with a peak of nearly 20 million viewers. The sport should get even more of a boost in 2026, when the World Cup is coming right to Americans’ backyards.

Soccer may be the world’s most popular sport. That’s not the case in the US. At least for now. But many are catching on — and maybe even tuning in today to cheer on Team USA. Cross your fingers for a gooooal.

Here’s a look at the reads we’ve saved, texted, and emailed to our friends…

Can This Man Stop Lying?...compulsive lying ruined his promising career in theater. But what if it’s a matter of mental health?

Whoops, I Deleted My Life...what one writer lost — and gained — when he accidentally erased all 90,000 messages in his Gmail inbox.

A Month in a Tuscan Villa Didn’t Fix My Burnout...turns out, relaxation and perspective are difficult to bring home.

Spotify Paid Alex Cooper $60 Million. What’s Next?...the “Call Her Daddy” creator talks about her journey to the top. And why she’ll fight to the end for her “Daddy Gang.”

The holiday shopping season is in full swing, so hopefully you’ve made your list and checked it twice. But no matter your shopping strategy, there’s bound to be at least a little stress. Think: Those notoriously picky friends and family members — not to mention stubbornly high inflation and fears of a recession. That’s why we’ve gathered some key tips to make holiday gift-giving a little more merry and bright.