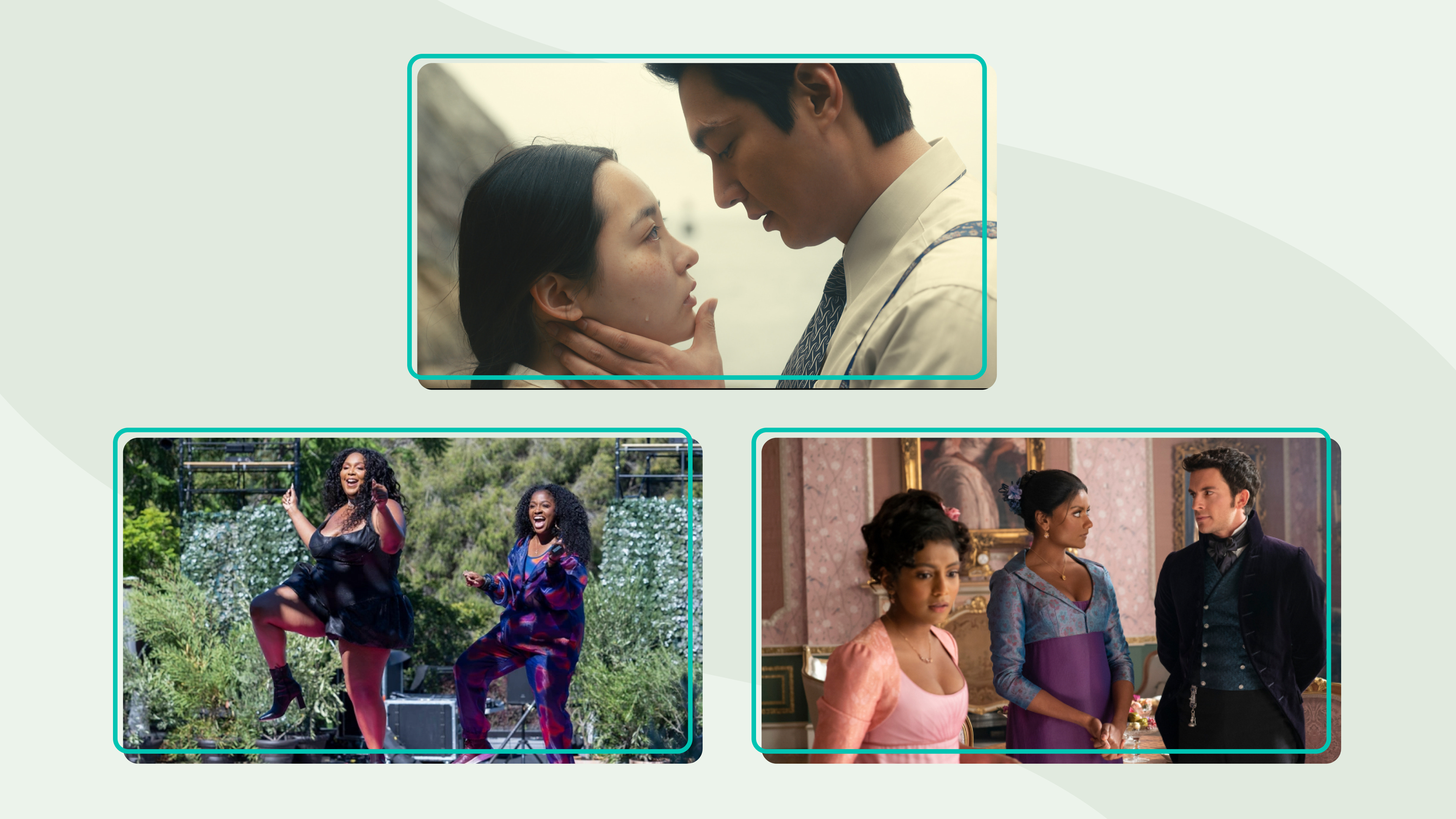 Got plans for the weekend? Now you do: On March 25, three shows are hitting streaming services. And they all put a premium on something that’s sadly still not the norm in Hollywood: diversity. Lizzo’s “Watch Out for The Big Grrrls,” season two of “Bridgerton,” and book-turned-TV show “Pachinko” are adding more representation to the small screen. Here’s what you need to know about each…

“Watch Out for The Big Grrrls”

All the Rumors are true: Lizzo is looking for backup dancers. The reality competition series “Watch Out for the Big Grrls” invites plus-sized dancers to audition for The Big Grrrls. Aka Lizzo’s dancers on tour.

The singer has always championed body positivity. From being vocal on social media about body acceptance, to featuring plus-size dancers in her music videos. Now, she gets to choose who she’s twerking alongside on stage. And promote body diversity in the process. “Girls that look like me don’t get representation," Lizzo says in the trailer. "Time to pull up my sleeves and find them myself."

How to watch: Amazon Prime Video.

Dearest readers, "Bridgerton" is back. The second season of “Bridgerton” is here. And is staying true to many themes from the first season: Romance scenes, modern-day songs via string quartet, and a racially diverse cast. (Note: Apparently the intimate scenes aren't as steamy this time around.)

The first season was all about the courting of white female protagonist, Daphne Bridgerton, and her Black suitor Simon Basset, aka the Duke of Hastings. This season shifts the spotlight to Daphne’s older brother Anthony. As he pursues sisters Kate and Mary Sharma. And both leading ladies are Indian. Which takes a refreshing spin on the time period, since mixed race couples were not common during the Regency era.

How to watch: Netflix.

This last show is bringing geographical diversity to the small screen. And is based on Min Jin Lee’s bestselling novel, “Pachinko.” It follows a Korean family across four generations — during Japan’s colonization of Korea. And tackles issues like intergenerational trauma, bullying, and racial discrimination.

In all eight episodes, you'll hear people speaking Korean, Japanese, and English. Which highlights the impact of colonization. And while breakout hits like South Korea’s “Squid Game” saw massive success, there’s still a big absence of Asian representation in Hollywood. But “Pachinko” is looking to change the narrative.

How to watch: Apple TV+.

Hollywood has long been under a microscope for lacking diversity. And we've seen the proof in everything from TV shows to awards shows. While these new shows don't singlehandedly fix the problem, they help make entertainment more reflective of its audience.

PS: Need something else to do over the weekend? Catch up on some of the top Oscar movies before the Academy Awards on Sunday, March 27. More info here.