How AI is changing the world 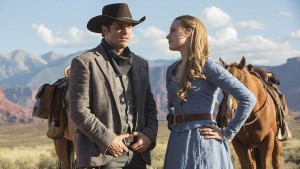 That's what we're here for. AI or artificial intelligence refers to machines that can carry out human-like tasks, making intelligent decisions that typically only a real live person could make. The concept went mainstream in the 1950s, when Benedict Cumberbatch, er we mean Alan Turing came up with a test that he called the Imitation Game (later known as the Turing Test) – a test to determine at what point a computer can ‘think.’

It was a good one. Here’s your reminder that it was based on real life. In the mid ‘50s, a bunch of science-y types got together at a Dartmouth conference and the term “artificial intelligence” was born. Shoutout to John McCarthy, the Dartmouth mathematics professor who’s credited with officially coining AI and was one of the founding fathers of AI research.

But how does it work?

Thanks to major improvements over the decades in processing speeds and data storage, AI has gotten much more sophisticated. It essentially involves processing a ton of data – everything from photos to medical records – very quickly in order to make decisions. See: that time in 1997 when a computer beat a world chess champion at his own game. It was the first time people got a glimpse at a future when computers might become just as, if not smarter, than humans. To be clear, we aren’t there yet.

So where are we then?

Well, we’ve come a long way since 1997. The computer that won that chess game was able to explore up to 200 million possible chess positions per second. In other words, it was trained to react to the other player’s moves, but not to learn from previous games in order to become a better chess player. Now, the branch of AI that gets people really jazzed is machine learning, when systems get smarter over time. More sophisticated algorithms and increasing access to data in a digital world are making AI better at analyzing info and predicting outcomes. This is what powers everything from self-driving cars to your personalized Netflix recommendations.

AI can be used for good – to solve complex problems and make life more efficient. But it can also come with some major downsides.

Here’s one of the pros:

We get into more pros and cons, plus the controversy and the long-term impact of AI, in theSkimm app. Every week, the app goes deep on a different news topic to give you the context you need to understand what's going on in the world. Download the app now, and you get the first week free.