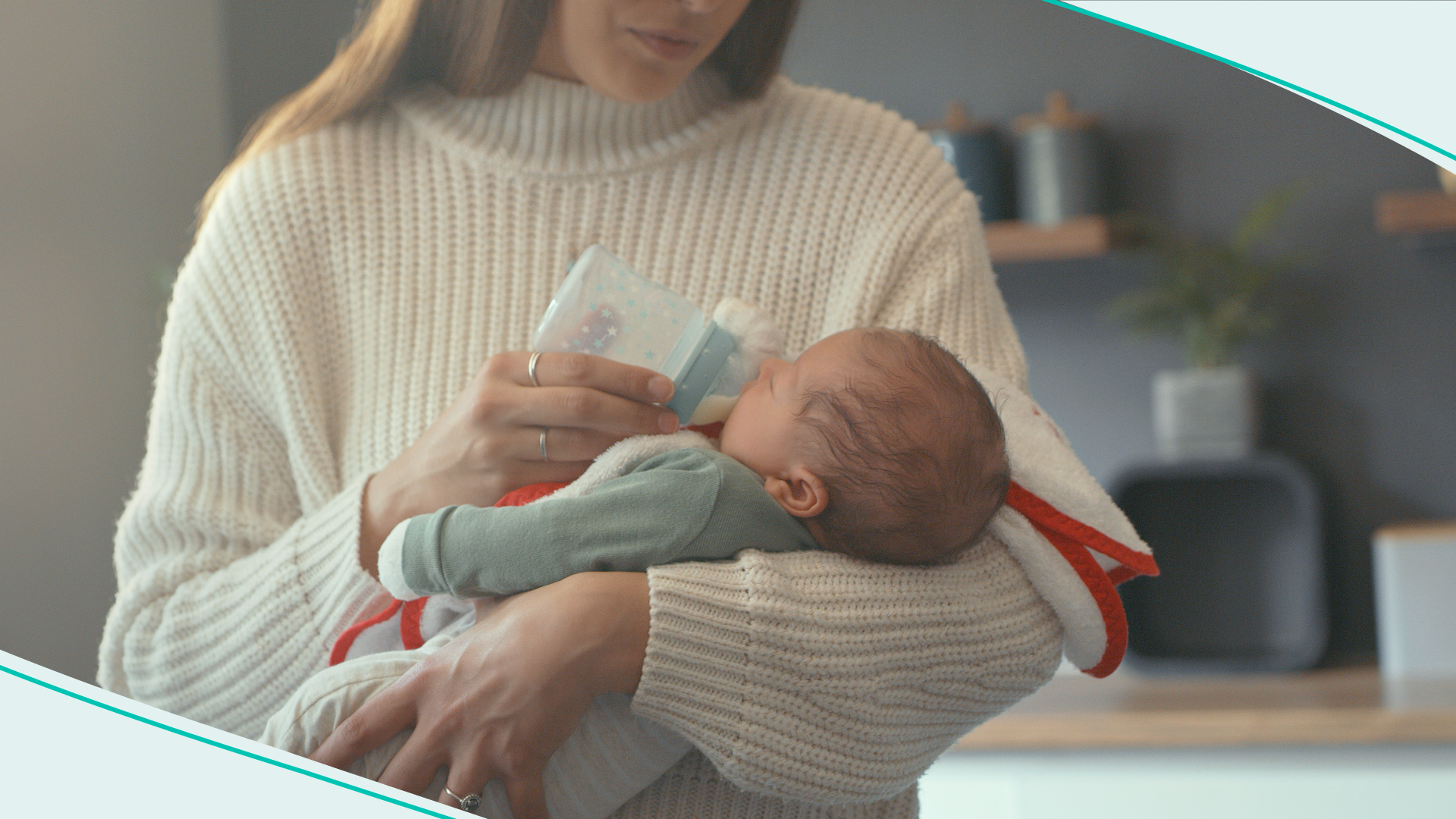 The US's baby formula shortage has been going on for weeks — with almost half of the options out of stock across the country. And it's left parents stressed and concerned about finding enough formula to feed their child. Now, the federal gov is stepping in. With the Biden admin invoking the Defense Production Act to boost baby formula manufacturing. And the House passing two bills to address the crisis. But it may take weeks for relief to kick in. And parents need help...now.

Our “Skimm This” team spoke with US Surgeon General Dr. Vivek Murthy to learn more about the administration's response — and when we can expect to see formula on shelves again. He also gave parents some tips on what to do (and not do) if they can’t find formula. Listen to the full convo below. And keep scrolling for more.

Why is there a baby formula shortage in the first place?

“We had a situation where one of the major plants in the United States, which produces a substantial amount of the supply of baby formula, actually ended up shutting down because of concerns around safety. That was compounded unfortunately by some supply chain issues that we've seen during the pandemic that has affected other industries.”

What is the Biden admin doing to address this?

“There are a number of things that the administration has been doing and…this is actually a very high priority for the president himself. Number one, the president [and] the FDA have been working hard to increase production from manufacturers.

"Number two, they've also been working now to import formula from other countries, including taking some of the supply that normally goes from our country to other countries and trying to redirect that toward our domestic population.

“The third thing is working hard with Abbot itself — the company that had a plant that shut down — to reopen that plant, but to do so safely.…They were able to broker an agreement that Abbott can now start the process of reopening that plant…Abbott is saying two weeks for them to get production started and up and running, and then several weeks after that for them to fully ramp up.

“We've got some parts of the country that have ample supply [of formula] and others that have scarcity. So the president and the FDA had been working with retailers to also make sure that we get that supply to the areas where there isn't enough formula.”

Editor’s Note: This interview was recorded before the Biden admin invoked the Defense Production Act on May 18.

Why can’t the US simply import more baby formula?

“Historically, the FDA has been understandably very protective over the supply, but also very particular about the standards that formula has to meet in order to be safe for our children.

"The process that we're going through right now, where the FDA is now open to working with other manufacturers…that will not involve the FDA skimping on their safety standards. What they're looking to do is embark on an expedited process through which they can do that investigation, make sure that those safety standards are met, and then get supply in.

“So this will certainly prompt the FDA to do a deeper investigation and reflection on what could be done going forward to ensure that these types of challenges don't stress our system in the way that people are experiencing right now.”

What should parents who can’t find baby formula do?

“Consider changing brands of formula, recognizing that there may be other brands that have supply available on their shelf…I know that it's a big deal for any parent to change brands. But the important thing for parents to know is that any brand that makes its way onto a shelf has met the FDA standards for safety. So even though I know it feels like a big shift, it's one that may help you get supply in the short term.

“[Also,] try getting supply from some smaller stores, including pharmacies and other smaller grocery stores, which may not normally get the traffic that the large grocery stores may get.

“And talk to your doctor if you have concerns about specialty formula. [For example,] if your child is on a special formulation, [or] you're worried about switching perhaps to another brand. This is a time where talking to your doctor to figure out what alternatives are safe for your child would be good. And those doctor's offices sometimes actually do have free samples available that they get from the companies. And they may be able to provide that as well.”

What should parents who can’t find baby formula not do?

“A couple of things we don't want people to do is actually make their own formula at home, or to water down formula, or use toddler formula for infants. So, we're urging parents not to take those other pathways, even though I can understand why people would be thinking about them in times of a shortage.”

PS: We’ve got more tips on what you should and shouldn’t do if you’re struggling to find formula.

How can the government ensure this formula shortage won’t happen again?

“These kinds of incidents should always prompt a deeper reflection and a revisiting of strategy to see [if there are] better ways to safeguard our supply…So that is part of the broader rethinking, re-strategizing that the FDA and the broader administration will do. And in that process, they'll look to explore a number of things: How can we ensure that we have more robust domestic production if we do need to invoke imports? How do we ensure that that can be done expeditiously, but also safely?”

PS: For more from Dr. Murthy, check out our “Skimm This” episode.