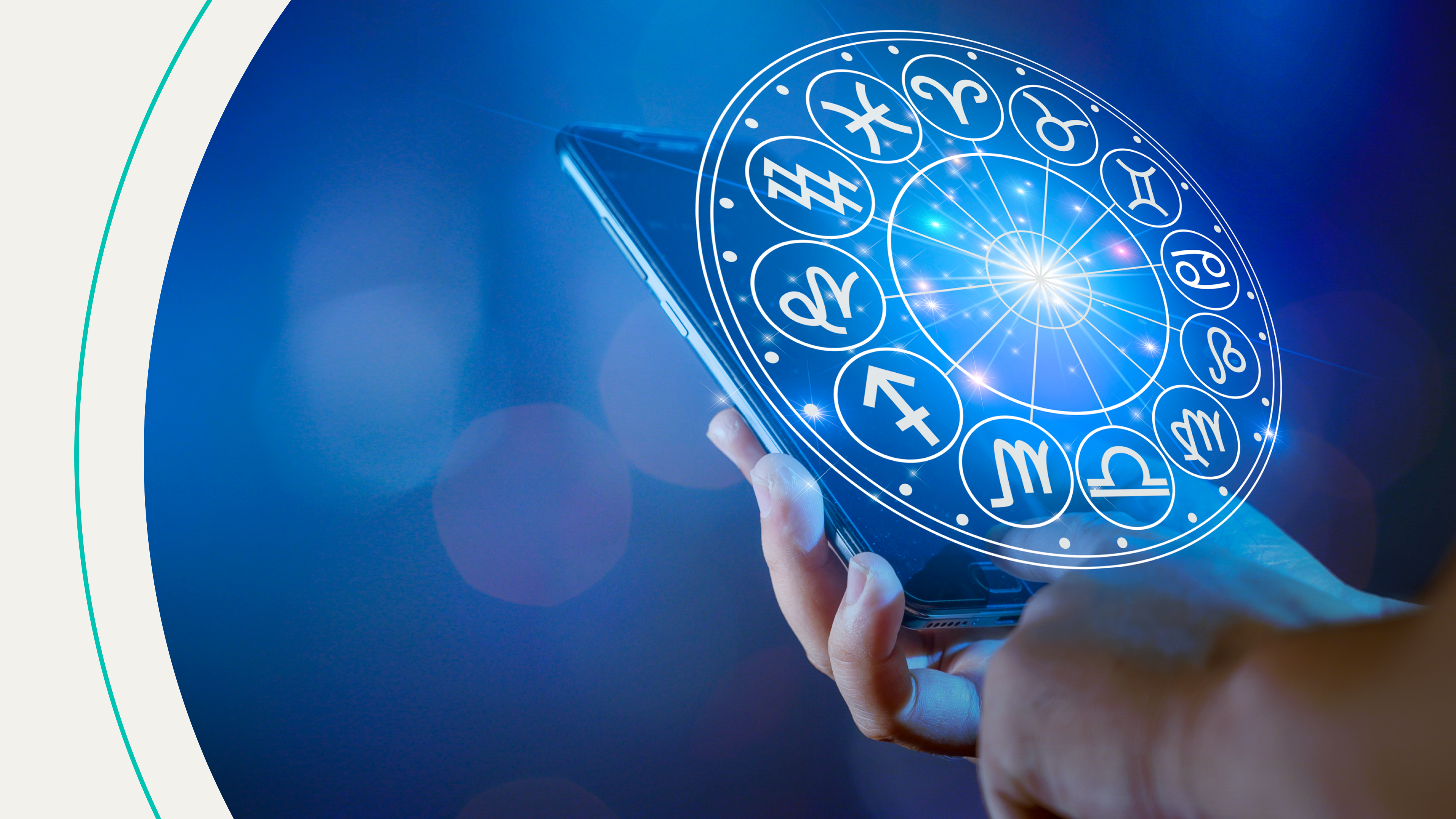 You've probably noticed that astrology is having a moment. You can't log into Twitter, Instagram, or TikTok without seeing a horoscope, a meme about your sign, or a joke about toxic Scorpio men. And in 2022, it's not a wild concept to put your sun sign on your dating profile.

But astrology today isn't exactly the astrology of our parents' generation. It’s gone from being a new-age belief to a meme-ified way for millennials to express their identity. And it goes way deeper than just knowing their “big three” astrology signs (if you're new to astrology, that’s your sun, moon, and rising signs).

Our “Pop Cultured” podcast team spoke to astrologer and podcaster Kirah Tabourn — and Refinery 29 writer Elizabeth Gulino — to understand how Gen-Zers and millennials are applying astrology to their everyday lives. And why we’re all so fascinated with the cosmos.

Wait. Is there more to astrology than my daily horoscope?

When it comes to astrology, you might know about horoscopes and your Zodiac sign. But there’s more to it than that. Tabourn said that “astrology is the study of the movement of the planets and celestial objects through the Zodiac belt, through the sky, and the relationship between those movements and what happens down here on Earth. Essentially, it boils down to ‘as above, so below.’”

And for some people, astrology is an entire system of beliefs to analyze themselves, their decisions, and the world around them.“ And that goes [for] all levels: from the weather, to our politics, to our interpersonal relationships, to what's happening inside of our bodies, what's happening spiritually, emotionally, et cetera,” she explained.

How long has astrology been around?

Our obsession with astrology isn’t just a TikTok trend. Humans have been looking up at the stars and trying to figure out what they mean for thousands of years. In ancient China, Babylon, Sumeria, Rome, Egypt, and Greece, humans practiced their own forms of astrology. And at some point during the first millennium, aspects of these disparate forms of astrology came together and formed the basis for astrology that many in the Western world still practice today. Also known as Hellenistic astrology.

“It's really important to recognize how astrology has been very popular throughout the ages, and then has gone through super intense declines, and had basically become obsolete or just secretive in certain times as well, and then come back again,” Tabourn said.

Before the 2020s, the most recent period of popularity for astrology was the new-age movement in the 1960s and 1970s. For a while after that, astrology was relegated to weekly horoscopes and cheap pickup lines. But over the last decade, all of that changed.

So why is astrology making a comeback?

There are a lot of theories. One being that we turn to astrology in times of turmoil. Gulino, who writes about astrology, pointed to events like the 2020 pandemic as an example. “In times of uncertainty, people want things that reassure us, that we can look to and say, ‘I know this to be true,’” she said.

Also, we’ll state the obvious: It's fun to think about ourselves. “We want something to identify with and to tell other people who we are,” said Gulino. “And that's why the Myers-Briggs test is so popular. It's why people argue over whether or not they're a Carrie or a Samantha or a Miranda or Charlotte.”

There’s also the religion aspect (or, lack thereof). Traditional religion has been losing its grip lately, with church attendance on the decline in the US for a while now — especially among millennials and Gen Zers. And for some, astrology offers something that religion doesn’t. “A lot of people, especially in the queer community, have felt [excluded] from certain religions,” Gulino said. “Astrology is more inclusive. It's not very gendered. It doesn't have this set of rules that turns away somebody else. Anyone can practice astrology [and] believe in astrology.”

And it's not just your Tarot card-reading friend who's into astrology. A study by MTV (yes, that MTV) revealed that 65% of people between ages 14 and 29 regularly read their horoscope. And almost a third of the participants said they make dating decisions based on astrology.

Ok, I'm sold. But do I need an astrology app?

Not necessarily. But that’s another reason astrology might be having a moment: It's a lot more accessible now than in the past.

And it's not just that memes about our sun signs are everywhere. It's easier now to have a deeper understanding outside of the “big three astrology” (think: your sun, moon, and rising signs). Back in the day, you probably had to buy an astrology book to figure out your moon sign or learn how to do your chart. But now there's an app for that. See: Co-Star, The Pattern, and Astro Future, to name a few. They can tell you “where all the planets fall on your chart, what transits you have in your chart,” she said. Which is more than one page in the back of a magazine could ever teach you.

Why are some people opposed to astrology?

While astrology is big with millennials and Gen Z in general, not everyone is a believer. Particular the cis-male demographic, Gulino said.

“When I say I write about astrology, they're like, ‘that's not real.’ Or, ‘That’s ridiculous’ or ‘fake’ or, ‘Why do people like it so much?’” To which we say: Is mercury in retrograde right now?

But Gulino recognized that while some might not take it seriously, many people do. And because of that, there are some lines she won't cross when writing about it.

“We don't like to fearmonger,” she said. “There's never a, ‘This day will be the worst day ever.’ It's [about] how to deal with it and how to harness this energy in a more positive way, which I think is super important. Because there are already a lot of upsetting things out there online and in the world. And you don't want to add to that.”

For more on the popularity in astrology — and to hear Tabourn read our “Pop Cultured” host Bridget Armstrong’s birth chart — listen below.

Astrology, in one form or another, has been around for thousands of years. But the past decade has seen a rise in popularity thanks to factors like social media and uncertain times. And if you want to get to know yourself beyond the big three astrology signs, there are tons of apps to help you out.