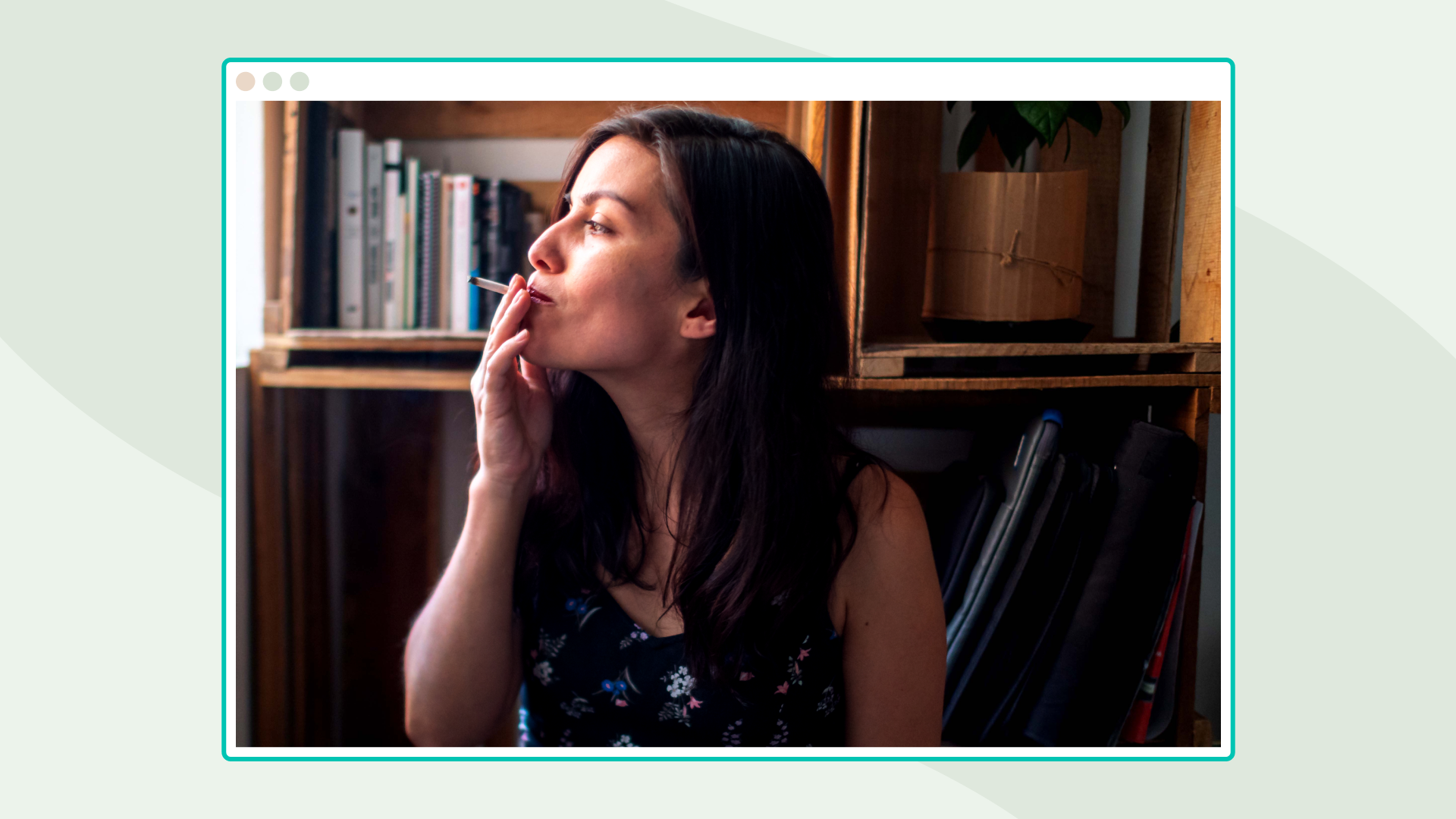 The House Voted to Decriminalize Marijuana. Will Senators? Probably Not.

At first glance, weed doesn’t appear to be a hazy subject. Thirty-seven states have legalized marijuana for medical use. And 18 states have given recreational weed the go-ahead. Polls show that most adults in the US (91%) support legalizing marijuana. Around the world, at least four countries have also given it the thumbs up. Even the US's next-door neighbor Canada, eh.

Despite its large approval (and use) in the US, marijuana is very much illegal at the federal level. It's classified as a Schedule I drug — just like heroin, LSD, and ecstasy. And has been a target in the "War on Drugs" — an initiative started by President Nixon in the early ‘70s which has disproportionately impacted Black communities ever since. Meanwhile, legal weed's grown into a multi-billion dollar industry.

So why hasn’t the federal gov turned over a new leaf? Welcome to our next edition of Breaking Down the Buzz. Where we’ll explain the arguments for and against legalization, and how the debate is impacting states and 2022 ballots. Btw, when it comes to legalizing weed, there are different terms and conditions to know. See:

Now, let’s get started. (Note: theSkimm doesn’t endorse any political candidate or organization. Any political campaigns or orgs mentioned are for the purposes of this article.)

Across the country, there’s a small segment of the population (by one count 8%) that thinks marijuana should remain illegal. That may be because — as Toi Hutchinson, the president and CEO of the Marijuana Policy Project (MPP) reminds us — “we have a generation of people who were raised on DARE programs.”

In case you forgot from elementary or middle school: DARE is a nationwide anti-drug program founded in the 1980s (not just an Urban Outfitters t-shirt design). And the program has remained “​​opposed to the legalization of marijuana.” Some of the same concerns that existed decades ago about weed — that many people may have learned from DARE — are still front and center, including:

Hutchinson said new efforts can allow “a reeducation for something that people have been told” about marijuana. And part of that reeducation is touching on the benefits that weed can bring to states and communities.

Why There's A Joint Effort To Legalize Weed

In 1996, California became the first state to say 'yes' to medical marijuana. Since then dozens of states have followed suit. In 2012, Colorado and Washington established a new first in US weed history by approving recreational weed. And they’ve shown the grass can be…

Colorado has become a model for states looking to get in on the high. In 2021, New York, Virginia, New Mexico, and Connecticut OK’d recreational weed as well. Here are some of the reasons states are adding ‘420 friendly’ to their bios:

How Marijuana Legalization Is a Social Justice Issue

Someone gets arrested for marijuana every 90 seconds. That’s based on 2020 data from the FBI. In previous years, the number of arrests has been every 58 seconds and even every 37 seconds. These stats paint a picture of the evolving war on drugs. In 1971, America officially began its campaign to make drug abuse “public enemy number one.” The war hasn’t stopped — particularly for people of color — despite growing legalization in the US. Here’s what’s happened in the decades since the crackdown started:

When states have legalized weed, they've tried to promote social equity as part of their plans. Think: awarding licenses to sell or grow marijuana to people in communities hit by the war on drugs and clearing former marijuana-related offenses. But that's come with some setbacks:

Another big issue? Funding. Steve Hawkins, the president and CEO of the US Cannabis Council (USCC), said Black business owners in the weed industry need cash to get their businesses up and running.

“Even if you win a license, you then have to have the capital and money to actually have your business succeed. And that brings us right back to federal prohibition,” Hawkins said. “If we saw cannabis descheduled, it would allow for a lot more resources to flow from the Small Business [Administration], and other incentivized programs that exist for distressed communities.”

In order for that to happen, Congress has to legalize weed on the federal level. That way marijuana businesses and banks don’t risk breaking federal laws when they’re doing business. But lawmakers haven’t made much progress on the issue.

Where the Federal Government Stands on Weed Legalization

Over the years, Congress has taken up marijuana legislation. And a 2018 report noted that the federal gov could earn over $105 billion in tax revenue and gain 1 million new jobs by 2025 if it legalized cannabis. But, surprise, legislation has stalled. And many wonder why that is.

Hawkins said the government shares the same concerns that come out of the state level. “Underage consumption and impaired driving are both seen as public safety concerns,” he said. Here’s how those worries have affected marijuana legislation so far:

Hutchinson says the trouble with legalizing weed at the federal level runs deep. “Why can't we just fix this? Because this is criminal justice reform. This is drug policy reform. This is case studies and how you reinvest in communities” she said. And given today’s political climate, creating impactful change is difficult. Especially since…

But the gov’s inaction on weed will have to change eventually, according to Hutchinson. “We cannot have state governments in direct conflict with the federal government…That is a conflict that our system is not designed to bear for very long,” she said.

Meanwhile, lawmakers aren't the only ones who have the power in this fight. In 13 out of 18 states, voters have approved recreational marijuana via ballot measures. If you do the math, that means 72% of the time that marijuana legalization was left directly to voters, they said ‘yes.’ And that’s a trend that could continue this year.

Where Could Voters See Weed on Ballots in 2022?

In January, US Senate candidate Gary Chambers (D) literally lit up his campaign with an ad advocating to make weed legal. Chambers is running in Louisiana, where a smokable form of medical marijuana is now legal. Watch it below:

In a tweet, Chambers said he hopes the ad sparks “a new conversation that creates the pathway to legalize this beneficial drug, and forgive those who were arrested due to outdated ideology.”

But Chambers isn’t the only one putting weed at the center of their campaign. In Pennsylvania, 60% of people support legalizing marijuana. And the issue has become a major campaign platform for Lt. Gov. John Fetterman (D-PA), who’s running for a US Senate seat. And groups in several states are trying to get marijuana on the ballot. Including in…

While states have passed marijuana measures, regulation continues to be a WIP in some states (see: California). TBD if additional measures on regulation make it on the 2022 ballots. In the meantime, other states like Wyoming and Florida are pivoting efforts to create or expand marijuana policies to 2024.

America is living in two different realities when it comes to recreational marijuana use. And it's affecting marginalized communities the most. Until the federal government changes laws that many see as outdated, the war on drugs could continue to have detrimental effects on people's lives.