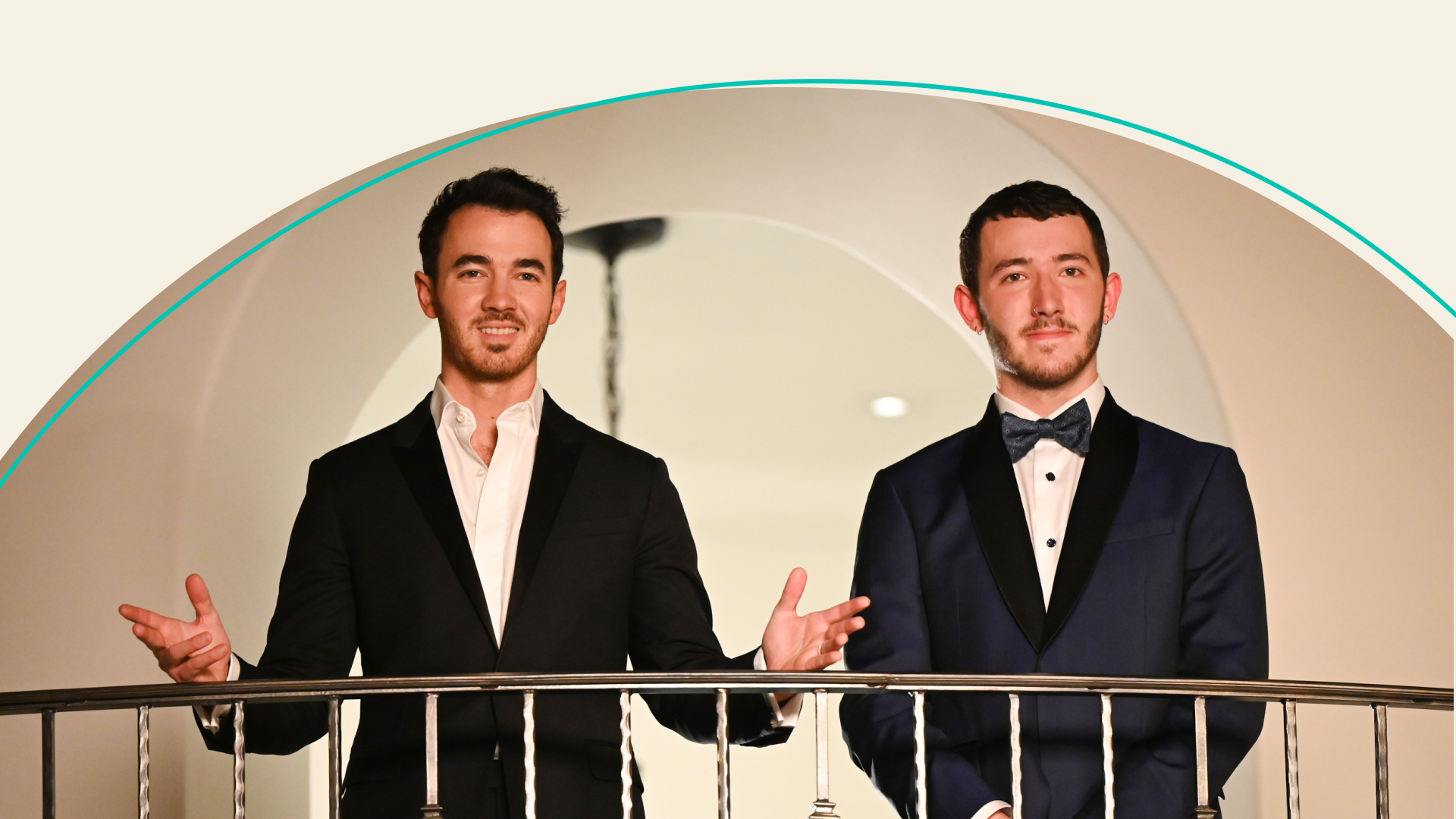 ABC’s latest competition series is bringing relatability to a whole new level. On July 11, “Claim to Fame” brings 12 celebrity relatives under one roof. The goal? To keep their identities under wraps as contestants guess who they’re related to. Whoever keeps their secret the longest walks away with bragging rights. And a casual $100,000 prize. It’ll premiere after “The Bachelorette” at 10pm ET on ABC. And be a nice breather from the heavy news cycle.

“Claim to Fame” comes from the same brain power behind hit shows “Love is Blind” and “Married at First Sight.” So you know it has the potential to quickly become a summer fave. Especially with Kevin Jonas and his brother Frankie co-hosting. Sound like something you’d add to your watchlist? Keep scrolling for all the details.

It’s all about who can keep the best poker face. A dozen strangers will live together, form alliances, and compete in challenges — all while concealing the identity of their famous family members. Think: “Big Brother” meets “The Masked Singer” (but without the over-the-top costumes). The trailer teases “manipulation, lies and family ties,” as each contestant holds out for the cash prize.

If you’re wondering ‘what kind of celebs we’re talking about?’ Big names. Like Zendaya, Simone Biles, Whoopi Goldberg, and Chuck Norris. Others are Grammy, Oscar, and Emmy winners. And while the competitors have stayed out of the limelight up to this point, now is their time to shine. Something that one of the show’s co-hosts can relate to, so to speak…

Peeling back the layers

Frankie Jonas knows a thing or two about being a celeb relative. He grew up alongside his co-host and brother Kevin Jonas. Who we all know from the Jonas Brothers with Joe and Nick. Because no matter how old some millennials get, no one can forget the words to "Burnin' Up."Or the movie "Camp Rock."

As the youngest brother — and not a member of the band — Frankie became known as the “Bonus Jonas.” He grew up with appearances on his brothers’ projects. But has seen his own success over the years as a TikTok star. Either way, he knows what it’s like to live in the shadows.

“Frankie was able to really speak to the contestants and the players from his heart because he lived that life for a long time, being related to a group of guys in a band," Kevin said in an interview with People.

Both brothers were surprised by how deep the show gets. While all competition shows focus on the end goal, “Claim to Fame” forces the contestants to look inward. And consider what growing up in the shadow of a famous person was really like. Something Kevin and Frankie watch unfold along with the audience, since they’re kept in the dark about the contestants’ identities too.

While most shows focus on our fave celebs, “Claim to Fame” flips the script. And spotlights their not-so-famous relatives. Proving that regardless of celeb status, our paths and stories are worth highlighting.