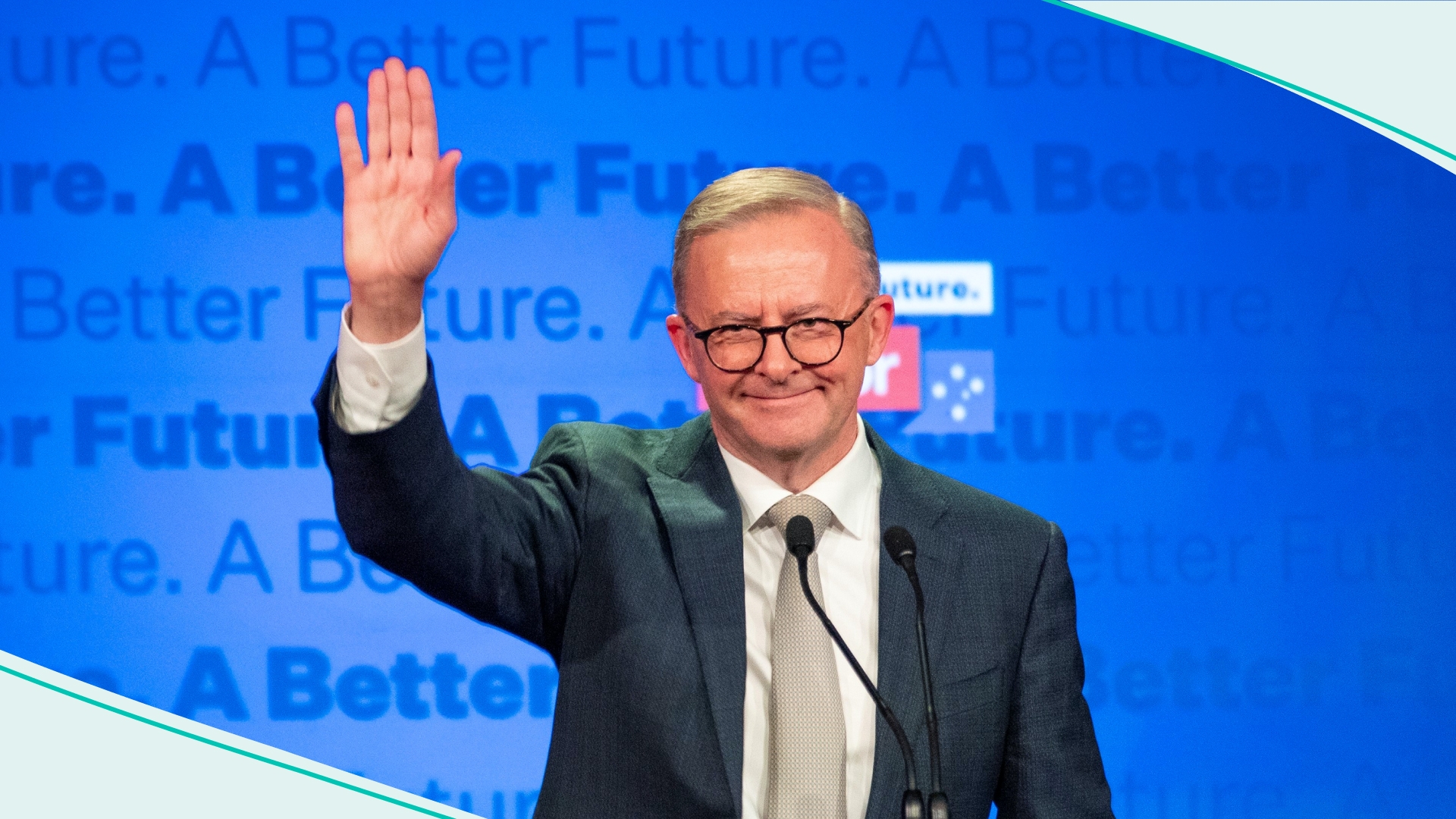 Aussie What You Did There

On Saturday, Australia’s Labor Party sent conservative PM Scott Morrison packing — ending his four-year run. It’s still possible Morrison's party will have a majority of the seats in parliament. But as of today, the Labor Party's Anthony Albanese has been sworn in as Australia's new PM. It comes just one day ahead of the Quad Summit in Tokyo, where Albanese will meet with US, Japanese, and Indian leaders and could discuss China's influence in the South China sea. It was just one of the many issues that had voters ticking Albanese on their ballot: Here’s what else voters had on their minds:

Resetting Relations: Last month, the Solomon Islands, northeast of Australia, signed a security agreement with China that would help Beijing expand its naval presence in the Western Pacific. Think: about 1,000 miles from Australia. In response, the incoming party proposed to establish a Pacific defense school to train neighboring armies. The Biden admin sees the country as a key ally in pushing back on growing Chinese assertiveness in the region.

Climate Change: The Labor Party is promising to end the “climate wars” and aims to cut greenhouse gas emissions by about half by 2030 and hopes to be at net-zero by 2050. It’s a move the US has pushed the country to make. But some say that’s still not enough. The incoming leader also hasn’t answered calls to phase out coal use or to block the opening of new coal mines.

Australians have decided that the route to addressing global warming needs to be a faster one. Having a government that’s aligned with the US’s goals is one more ally in the climate change debate.

theSkimm is tracking state actions in the lead-up to a landmark Supreme Court decision expected by June or July. Here’s the latest…

The news comes as Louisiana is one of 13 states with a trigger law in place to ban abortion if abortion rights are no longer protected under federal law. Here’s what else is expected to happen if Roe v. Wade is overturned.

Baby formula. Yesterday, a US military plane delivered over 70,000 pounds of prescription baby formula to Indianapolis, IN, from Europe. For weeks baby formula in the US has been scarce. Last week, the FDA, the Biden admin, and Congress all took steps to address the shortage. But the latest shipment won’t be available to everyone. The hypoallergenic Nestlé infant formula will be distributed to hospitals, doctors, and pharmacies in regions where the needs are “most acute.” It’s enough formula to feed 9,000 babies and 18,000 toddlers for one week.

...Oh and speaking of the shortage, the CEO of one of the four companies producing the vast majority of formula in the US is apologizing. Abbott's CEO says he’s “sorry” for letting down American families.

PS: We asked the US surgeon general about the Biden admin's efforts to address the shortage. Here's what he said.

The Taliban. Yesterday, the Afghan gov began enforcing an order requiring all-female TV presenters to cover their faces while on air. The move is the latest set of restrictive laws women face since the extremist group regained control of the country last year. Two weeks ago, the gov declared women could only leave home when necessary. And that they must be covered head-to-toe in public. The Taliban reportedly says the rule was “final and non-negotiable.” While a TV anchor reportedly said they tried to resist but were “forced to wear it."

Monkeypox. Over the weekend, the World Health Organization said it has confirmed over 90 cases of monkeypox in 12 countries — including Spain, the UK, Portugal, and the US. The rare disease is in the same family as smallpox but is typically less severe. Different strains reportedly have varying death rates — between 1-10%. The virus is transmitted to humans from animals and spreads from one person to another by close contact with lesions, body fluids, respiratory droplets, and even contaminated materials like bedding. The disease usually begins with flu-like symptoms (fevers, headaches, muscle aches, chills, and exhaustion). Within a few days, a rash develops on the face and spreads to the rest of the body, lasting for about two to four weeks.

While Tiger’s off the field…