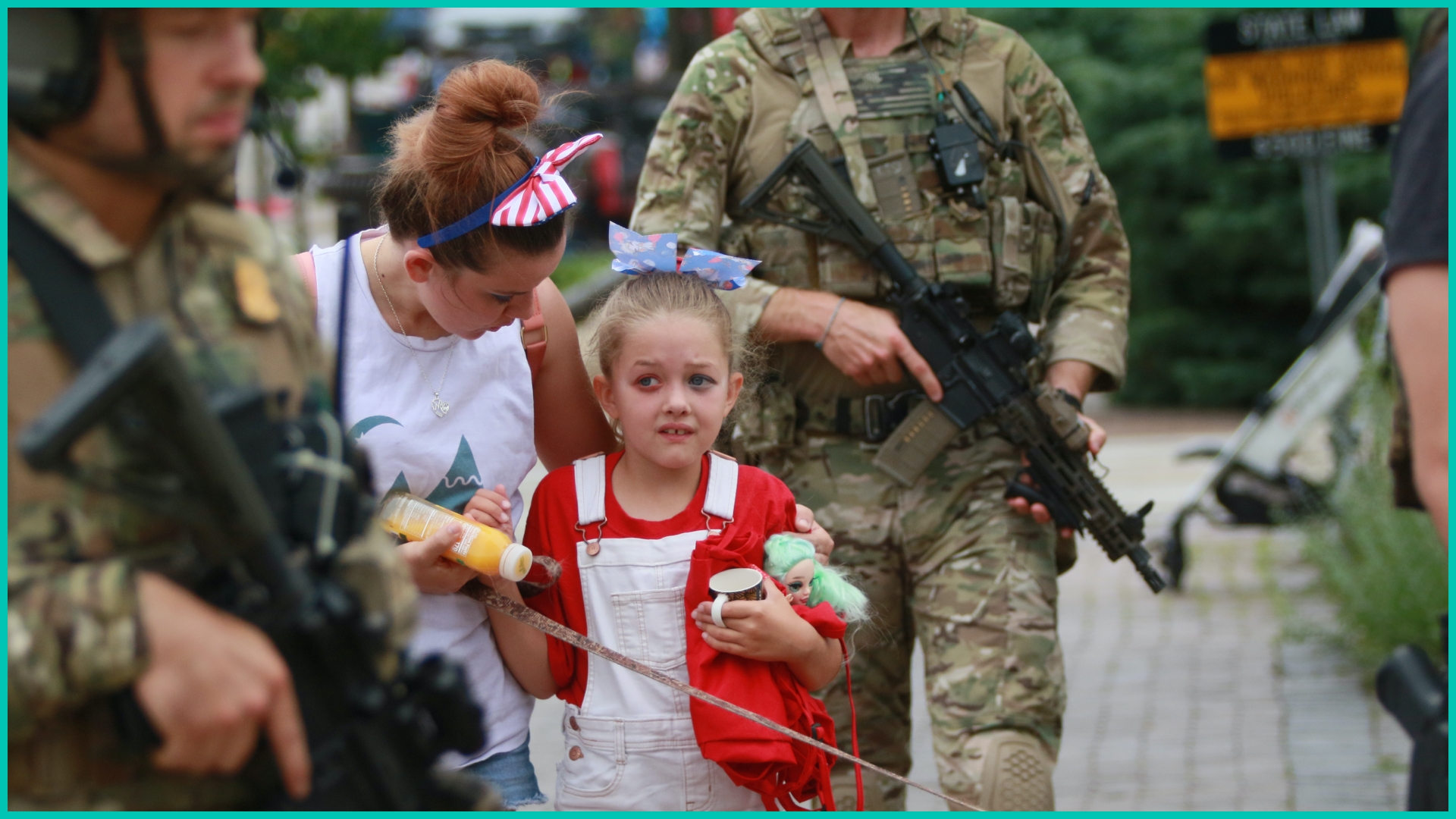 The US is reeling from another mass shooting.

Highland Park, Chicago. Like many Americans, people in the Chicago suburb were celebrating Independence Day with a parade. But then a gunman on a rooftop fired more than 70 rounds into the crowd with a legally purchased AR-15-style gun. The attack left at least seven people dead — including the parents of a toddler. The suspect initially fled by disguising as a woman, sparking an hours-long manhunt. He is now in custody and has been charged with seven counts of first-degree murder. But it wasn’t the only attack over the weekend.

At least 10 other states. Mass shootings also took place in Massachusetts, Wisconsin, California, Minnesota, Missouri, Colorado, Virginia, Indiana, and New York. At least 57 people were reportedly shot in Chicago outside of the Highland Park shooting. And at least 15 people were reportedly killed and more than 90 injured in more than a dozen mass shootings across the country over the weekend.

Illinois Gov. J.B. Pritzker (D) called it “devastating” that a celebration of America was “ripped apart by our uniquely American plague.” VP Kamala Harris, when visiting Highland Park, told Americans to "stand together and speak out" against "senseless" attacks. And President Biden said he'll continue to work to end gun violence. The shooting came over a week after Congress passed the most significant gun safety bill in 30 years. And as SCOTUS overturned a New York gun law requiring residents wanting to carry a concealed gun in public to apply for a special license.

Highland Park now joins a list of more than 300 mass shootings the US has experienced this year alone. And Americans are left once again remembering the victims.

A listeria outbreak. Over the weekend, the CDC warned that a Florida-based ice cream brand, Big Olaf Creamery, may be linked to 23 reported cases of listeria, including one death. The bacterial infection is usually caused by eating contaminated food. Although rare, it's a serious and deadly illness that sends nearly all cases to the hospital. Symptoms — which can hit weeks after exposure — can include fatigue, muscle aches, fever, and even seizures. Pregnant women, newborns, older adults, and anyone who is immunocompromised are most at risk to get sick. The ice cream is only sold in Florida, but the outbreak has spread across 10 states. While a recall hasn’t been issued, the CDC is advising everyone to toss the brand’s ice cream. And that businesses and stores disinfect anything that may have touched the ice cream products. Big Olaf Creamery says the link is “only speculation” since the CDC is still investigating.

Oil prices for once. Yesterday, crude oil dropped below $100 a barrel for the first time since May. It comes as the national average for gas prices is $4.80 per gallon, down from last month’s peak of over $5. But before doing a happy dance, the reason is...drum roll please...recession fears. It’s those same fears that sent the Dow spiraling yesterday before bouncing back. Meanwhile, experts are warning that gas prices can still jump back up thanks to Americans’ Instagram-worthy summer road trips. Alexa, play ‘I got 5 on it.’ On repeat.

Brittney Griner. Earlier this week, President Biden received a handwritten letter from the detained WNBA star detailing fears that she might be detained in Russia “forever.” Griner also asked Biden to not forget her. The White House reportedly says Biden has read the letter and that her case is a “top priority” for the president. But it’s not clear if Biden will respond.

Where reproductive rights are facing another setback...

What left Earth and didn’t look back...

NASA’s satellite. Can you blame it?