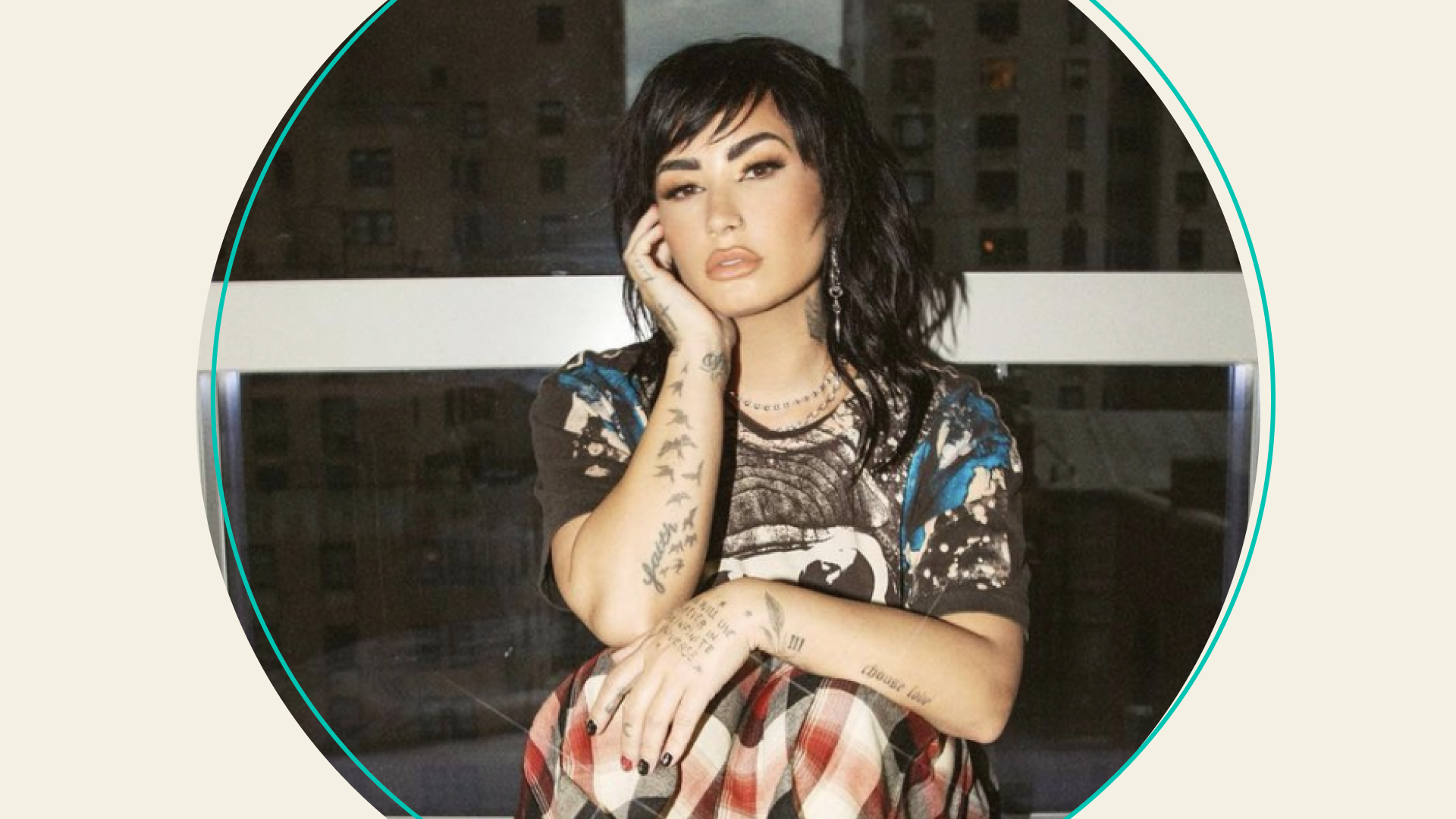 On Aug. 19, Demi Lovato released her new album “Holy Fvck.” It’s a departure from her usual pop sound, hitting a more hard rock vibe. Among the record’s 16 tracks, one has been making waves on TikTok. And has helped users open up about their experiences with grooming. Here’s what you need to know.

Warning: The following article mentions grooming and predatory behavior, which could be triggering to some people.

The lyrics to ‘29’ are raising eyebrows

Hit play on track No. 6 and “29” opens with instrumental notes that quickly pivot to lyrics like “Too young to drink wine” and “what the f**k’s consent?” The song goes on to say "Finally 29 / Funny, just like you were at the time / Thought it was a teenage dream just a fantasy / But was it yours or was it mine? / 17, 29."

Fans quickly speculated that Lovato’s singing about her ex-boyfriend Wilmer Valderrama. She was 17 when she began dating the then-29-year-old actor. In a recent interview with Apple Music, Lovato didn’t confirm or deny fans’ speculation. But said “I’m very careful with the way that I answer these questions because I feel like the song says it all. I don’t have to say too much, to be honest, but turning 29 was a huge eye-opener for me.”

Lovato said she’s owning her truth. And now she’s inspiring others to do the same.

How ‘29’ inspired people to open up about ‘predatory’ relationships

The song has people on TikTok saying, ‘I feel seen.’ And it’s turned into a sort of anthem — inspiring women to open up about their relationships with older men. One woman was 17 years old when she began dating a 28-year-old man. And said they’d have secret dates so no one would see them. In the video’s caption, she described being “groomed and manipulated for years.” Another user said she was 17 when she dated a 39-year-old. And a different woman shared how her 31-year-old partner told her she was “getting too old” for him when she turned 20.

The comments section is flooded with support for those sharing similar stories. The sense of solidarity online can make people feel like they’re not alone in talking about their trauma, according to Jessi Gold, assistant professor in the Department of Psychiatry at Washington University. And create the feeling that there’s a community that’ll offer support. “It helps people know how to process if these things happen to you,” Gold told Teen Vogue.

Grooming is not a teenage fantasy — here are the signs

The song has sparked a larger conversation about grooming and “predatory” relationships. And it’s raising questions like: How old is too old? Are all relationships with age gaps questionable? While grooming isn’t a new topic (see: Ghislaine Maxwell), it’s important to recognize what it can look like so you can stay safe.

RAINN — the nation's largest anti-sexual violence organization — defines grooming as “manipulative behaviors” that a person uses to “gain access to a potential victim, coerce them to agree to the abuse, and reduce the risk of being caught.” Here’s what else the org says about grooming:

Now, how old is too old? Grace Huntley, LMHC, told Glamour “anything under the age of consent of course is a no-go.” And said if the relationship is within the ages of consent, then “maturity, power, and life experience” are important to consider if there’s still an age gap. Predatory relationships often have a great power imbalance, she added. That typically shows up if the person uses their status, position or finances “to control and influence the other person,” Huntley explained.

If you’re worried that someone’s taking advantage of you in a relationship, Huntley recs speaking up. If you’re uncomfortable in a situation, it’s important to address it and make it known.

PS: If you or someone you know has been abused, reach out for help by calling the National Sexual Assault Hotline at 800.656.HOPE (4673) or chat online. It’s free and available 24/7.

Demi Lovato’s song has TikTokers sharing their own experiences with questionable relationships. And has sparked an important conversation about the power dynamic that can exist in relationships with a large age gap. Especially if grooming’s involved.