Partial Government Shutdown: How we got here 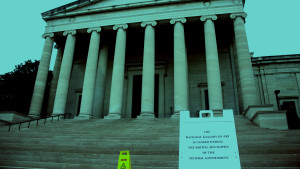 Welcome to week three of the partial government shutdown. We asked our app subscribers to text us their questions about what’s been going on – from the agencies and workers affected to where lawmakers stand on the border wall. Here’s a preview:

What exactly is a government shutdown?

Every fall, Congress has to pass spending bills to fund the government. The president also has to sign off. The funding typically covers everything from Social Security to NASA. Sometimes lawmakers get it done on time. Sometimes they hit the snooze button and pass a temporary bill that kicks the final funding debate down the road. If they can’t agree on how to fund the government and fail to pass a bill, the government shuts down. Essential agencies (like the FBI and Customs and Border Protection) are still open for business...but aren’t able to pay their employees.

How does the gov decide who’s an essential worker?

It’s up to each agency, although the specifics of how each agency decides are a bit murky. Essential workers are typically those who deal with things like public safety and national security (think: TSA agents, the Secret Service).

How common are shutdowns?

They used to be pretty rare. The current shutdown is the 21st since the mid ‘70s (when the modern budgeting process started). But there were three in 2018 alone (including the current one, which started in December). That hasn’t happened since 1977.

What’s the difference between a partial and full shutdown?

Last fall, Congress and President Trump approved spending bills to fund things like the Defense and Education Depts through this year. But pushed off funding for things like the Dept of Homeland Security. The deadline to come up with a plan was in December. President Trump demanded that any spending bill include $5 billion for a US-Mexico border wall, a major priority for his administration. He refused to sign a bill that didn’t include that money. The House granted Trump’s wish and approved a bill with more than $5 billion for the wall. But it didn’t look like it would get enough support in the Senate. And Senators never voted on it. So the shutdown clock struck twelve without funding for some departments, and here we are. It’s day 20 of the shutdown, one of the longest in history.

Want to know more about where politicians stand on the border wall and how agencies are impacted by the shutdown? We Skimm’d all that – and other Skimm’r questions – in theSkimm app. If you download the app now, you can text us your questions each week on a different news topic and get an exclusive Skimm FAQ. Psst: the first week is free.