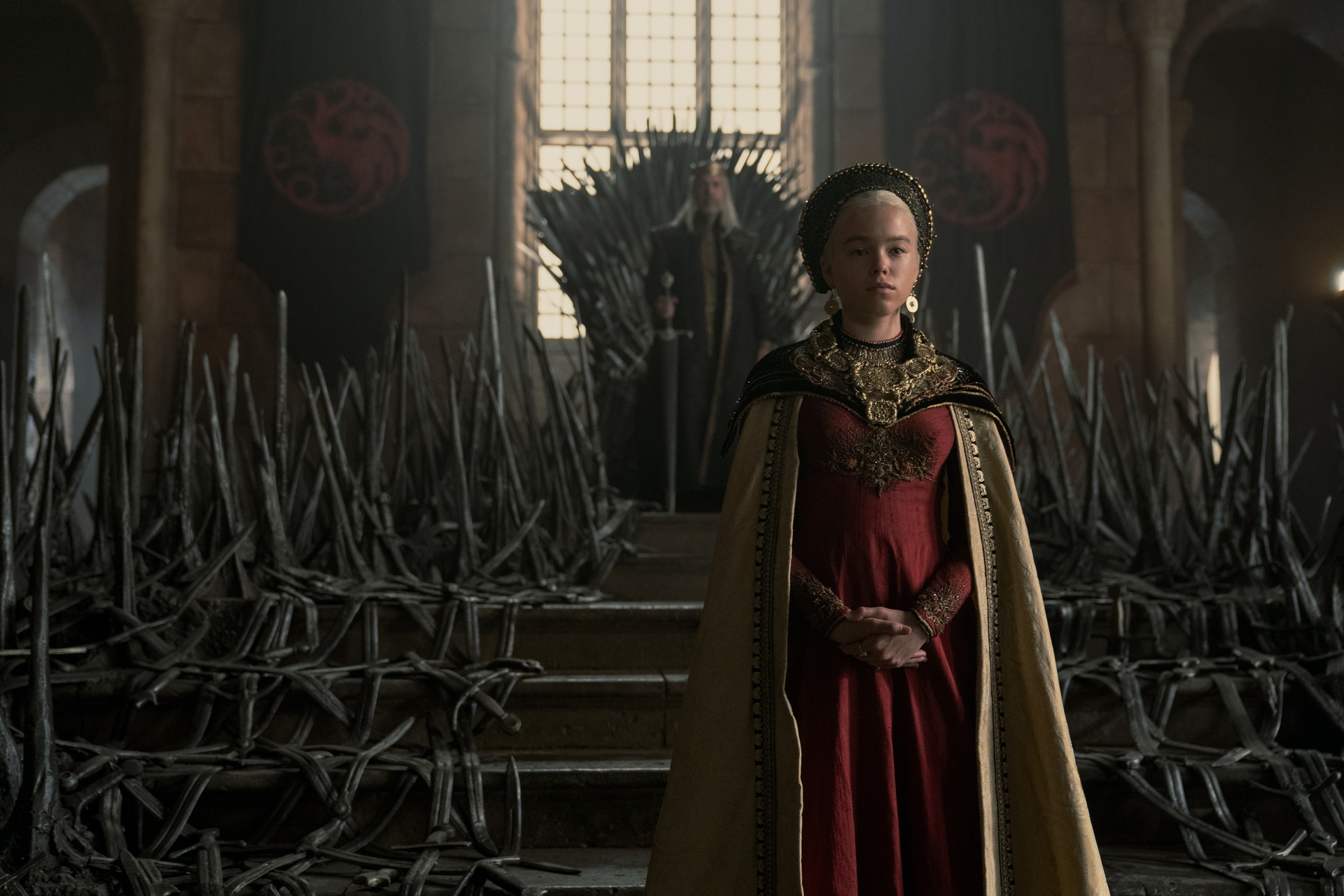 “Game of Thrones” had a chokehold on viewers for eight years. With twists and turns around every corner as families battled it out for control of the Iron Throne. Ned Stark’s fate was quickly sealed. The Red Wedding was anything but joyous. And who could forget King Joffrey? But even after all that, audiences had mixed feelings about the ending — leaving some completely dissatisfied. Think: Margaery Tyrell after marrying King Joffery.

Now, there might be a chance at redemption. Enter: HBO’s “House of the Dragon” — the prequel to "GoT." It drops on Sunday, Aug. 21 at 9 pm ET. And follows the rise (and fall) of the House Targaryen long before the days of Daenerys. Friendly reminder: don’t get too attached to any of the characters…because who knows how long they’ll last.

What should I know about “House of the Dragon”?

“House of the Dragon” hits the rewind button and takes us back about 200 years before the events in “Game of Thrones” take place. It follows the Targaryen family, who have held the Iron Throne for nearly a century by the start of the show (thanks to their little friends, the dragons). But this wouldn’t be Westeros without a battle for the Iron Throne.

In the trailer, King Viserys Targaryen ponders who should be the next heir: his brother Prince Daemon or his daughter Princess Rhaenyra. But there’s also Alicent Hightower, the king’s second wife…and she’s staking her claim to the throne as well. Their story will likely span decades across the show. Oh, and there will be almost 20 dragons.

If the name Targaryen has you picturing a certain blonde dragon queen, then you’re not far off. This is the same family that Daenerys descends from — which is why she spent all of "GoT" saying the Iron Throne is rightfully hers. But don’t expect to see her or hear any other familiar names like Lannister or Stark. The OG Targaryens are the stars of this show.

We’re ready. But it’s also a story of challenging the patriarchy. The main thing holding Princess Rhaenyra from being chosen as the heir is the fact that she’s a woman. But maybe this princess is where Daenerys inherited her spark from. Because it’s clear she’s going to make a strong play to take the throne. There are some folks who do think she should be the one to lead. You’ll just have to watch to find out how it plays out.

Miguel Sapochnik, one of the show’s creators, told the Hollywood Reporter a central theme kept surfacing as they worked the first season: a patriarchy that would rather destroy itself than see a woman lead. And the show will be pulling back on sexual violence against women — with Sapochnik saying we “can’t ignore the violence” but “it shouldn’t be glorified.”

It’s also no secret that the Targaryens are a largely white family. And "GoT" got some flack for its lack of representation. Co-creator Ryan Condal said they “knew from the outset” that they wanted to change that without it feeling like “pandering or tokenism.” Enter Lord Corlys Velaryon — aka the Sea Snake. Velaryon is originally white in George R. R. Martin’s books, but will be played by Steve Toussaint.

OK, but is it worth the watch? Remember the "GoT" finale?

That's up to you. But remember this is a prequel. Plus, there are some newcomers to the series. Condal and Sapochnik have taken over the show from the OGs David Benioff and D.B. Weiss. (Remember: The original creators were largely booed for how "GoT's" finale was written.) Martin signed off on bringing in the new co-creators — and he’s once again acting as a producer. Also keep in mind that this show is based on Martin’s 2018 book “Fire and Blood.” As for a sneak peek…

"GoT’s" final season left many feeling dissatisfied, but hungry for more. Now, HBO is taking a gamble with “House of the Dragon” and hoping it could fill the void that viewers were left with years ago.