How Hulu’s ‘Fire Island’ Is Heating Things Up This Summer 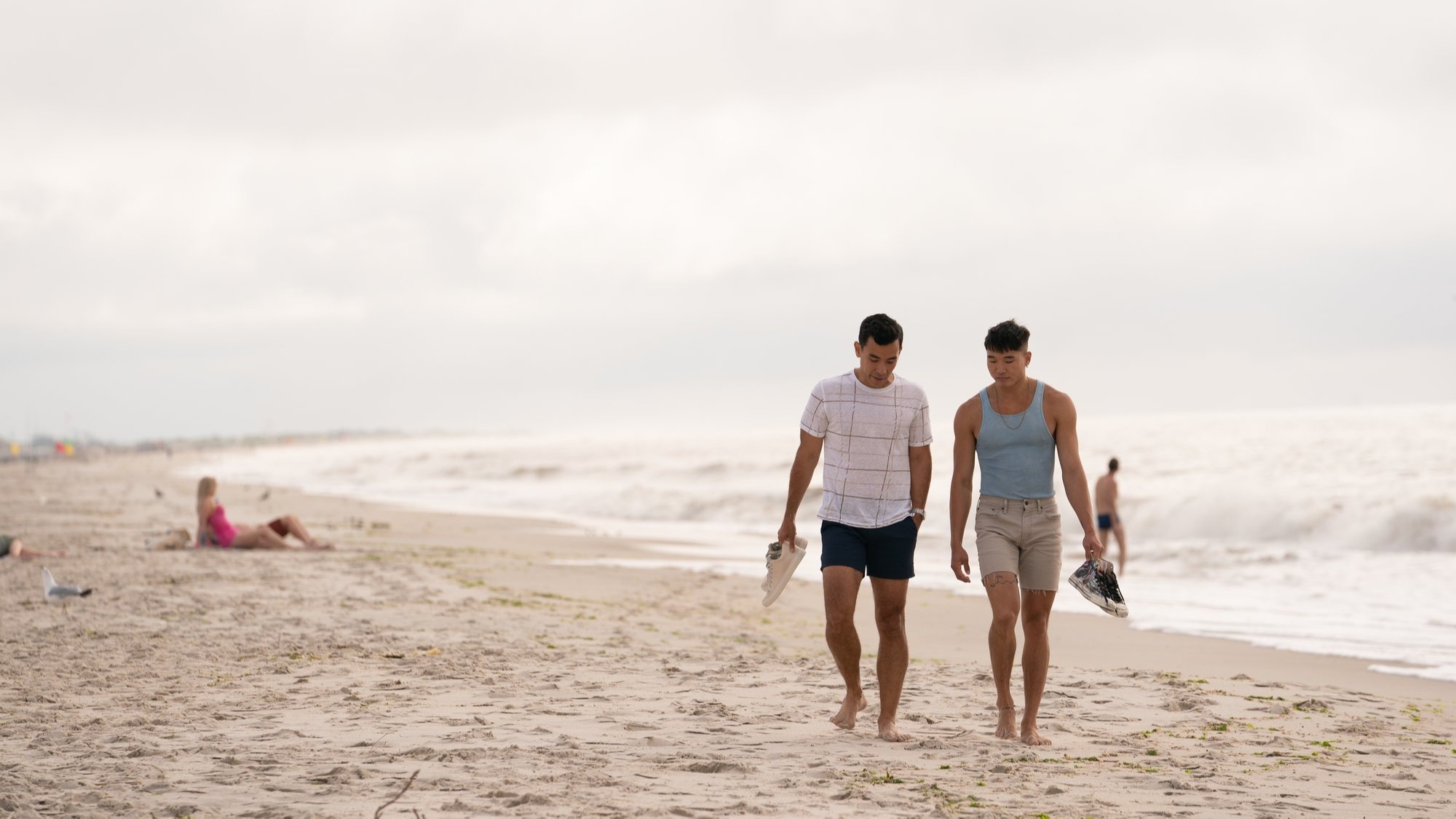 If your ideal summer includes partying on the beach with friends, then we’ve got a new movie for you. Meet, “Fire Island.” The rom-com is all about a group of friends who take a week-long summer trip to the popular gay vacation destination: Fire Island, New York. The movie’s a queer twist on “Pride and Prejudice.” Watch it starting June 3 on Hulu.

If all of this has you saying ‘adding to my watchlist,’ scroll down for more on the movie and its take on representation.

Putting the ‘fire’ in ‘Fire Island’

The movie follows two best friends: Noah, played by Joel Kim Booster — a stand-up comedian who wrote the movie script. And Howie, played by “SNL” actor Bowen Yang. They head to Fire Island to reunite with their “makeshift little family” of friends they met a decade ago working at a restaurant. The goal is simple: Have a legendary vacation. But Noah, in particular, has one specific mission: Get Howie laid. And, turns out, they both wind up finding flings on the island.

But it’s not all rainbows and sunshine. The movie’s billed as a romantic comedy. But similar to “Pride and Prejudice,” it explores themes like classism, as well as racism. It also highlights the not-so-fun parts of dating and socializing. Like feeling judged. Or letting yourself be vulnerable with others.

The movie was originally developed as a short-form series for Quibi. (Raise your hand if you also forgot that the short-lived streaming service was a thing.) But once it folded, Searchlight Pictures picked it up to turn into a feature film. And now, it’s hitting TV screens (and laptops, iPads, etc.) during an important time for the LGBTQ+ community.

Why the June premiere date is noteworthy

The premiere of the movie coincides with the start of Pride Month. Which always falls in June to remember the 1969 Stonewall riots — a moment that helped spark the modern-day LGBTQ+ rights movement. So it’s no surprise that “Fire Island” is premiering in June as well. Especially with an entirely LGBTQ+ main cast, according to Entertainment Weekly.

Making sure this movie resonated with the LGBTQ+ community was especially important for Booster, who’s also an executive producer on the film. In a recent interview with Vanity Fair, he said “there are so many movies about the gay experience that are fraught with people who are unsure if they’re happy being gay or struggling with coming out….I want people to come away from this movie feeling the joy of our experiences and that it’s not all tragic.”

Representation matters. And “Fire Island” is an important celebration of the LGBTQ+ community — showcasing both the positive experiences and challenges they face.