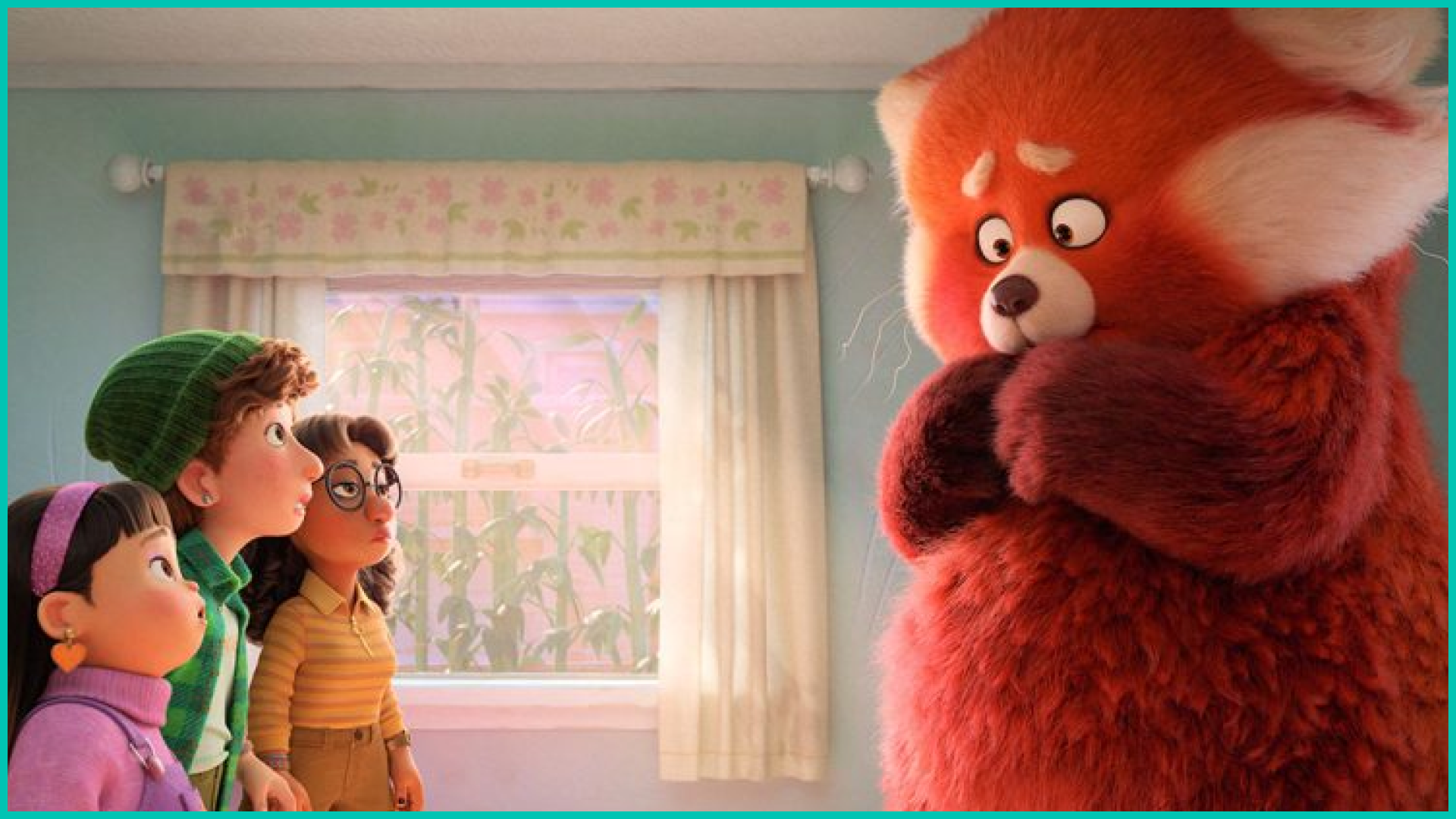 Get ready to feel all the feels. Pixar’s newest animated film, “Turning Red,” tackles a period most of us want to forget: puberty. And all of the panda-monium that comes with it. The film started generating buzz before its launch on Disney+ on March 11. We're Skimm'ng why that is — and what you can expect from the feel-good movie.

What “Turning Red” Is All About

The coming-of-age film features Meilin “Mei” Lee, a Chinese-Canadian teenager played by newcomer Rosalie Chiang. She’s dealing with all of the fun (read: confusion and awkwardness) of being 13. Including scattered emotions, physical attraction, menstruation, and disagreements with her mom (played by Sandra Oh). If that wasn’t enough, when Mei feels intense emotions, she turns into a large red panda. And the only way for her to turn back into real-life Mei is by getting a hold of her feelings. Think: “Hulk” meets “Are You There God, It’s Me Margaret.”

The key to ending the transformation: An ancient ritual. Which Mei's mom, grandma, and aunts have all gone through. Spoiler alert: By the end of the movie, Mei doesn't feel embarrassed about turning into a panda. And ultimately gains the confidence to own her emotions. And lets herself be…herself.

Bearing It All: Representation, Family, and Puberty

“Turning Red” joins the list of Disney movies exploring deeper experiences. From handling conflicting emotions in “Inside Out,” to navigating family relationships in “Brave” and cultural representation in “Encanto.” This one dives into all three.

Being a teenager can feel unbearable. But it can be even harder as a person of color dealing with generational pressures. Which is exactly what the filmmaker Domee Shi portrays in the semi-autobiographical movie. As someone who grew up in a different culture and country than her parents (who moved to Canada from China in the ‘80s).

Plus, having a female director tell the story about a girl's puberty journey is a big deal. Period. This is the first Pixar movie to really tackle the topic. It can help parents explain the confusing changes and emotions their kids are going through. And destigmatize the experience for teens. Because society has a history of portraying periods (and anything puberty related) as shameful or embarrassing. When, in reality, it's nothing to be ashamed of. And it's important for everyone to know.

"Turning Red" is a historic movie for Pixar in other ways too. It's the first Pixar feature to be directed solely by a woman. And the first to have a female Asian lead. It's also the first to be set in Canada. Plus, Shi was supported by a woman-led team. Who run the world?