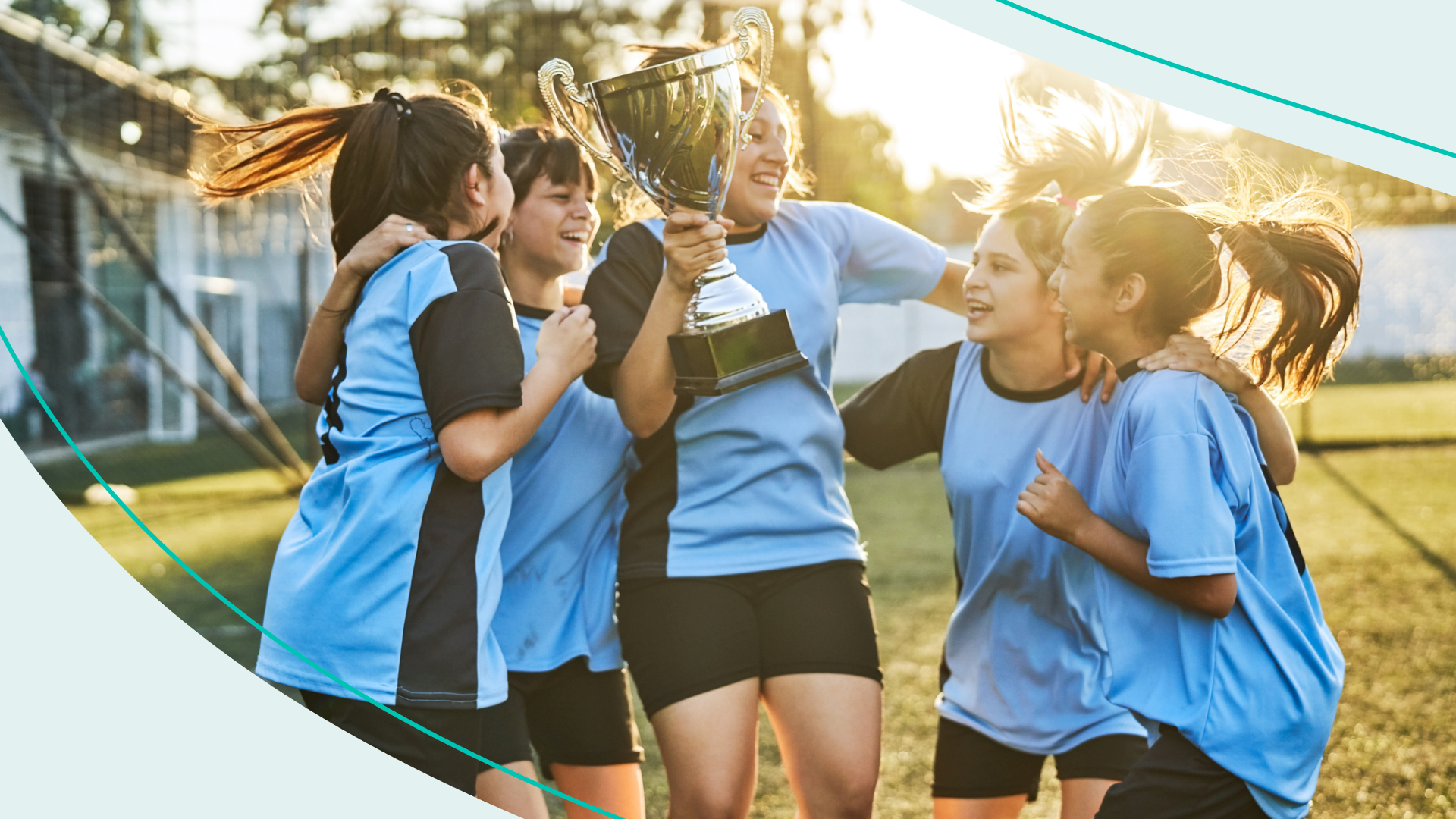 June 23 marks the 50th anniversary of Congress passing Title IX. Aka the law that banned sex-based discrimination in schools. And opened the door for women in sports. Think: Before Title IX, less than 300,000 women played high school sports — compared to the more than 3.4 million today. Plus, Title IX (which, fun fact, is only 37 words long) is now responsible for protecting students from a broad range of discrimination — like sexual harassment and mistreatment of students (including those in the LGBTQ+ community).

Whether Americans know a lot or a little about Title IX, the majority (63%) agree it’s had a positive impact on gender equality. As the US celebrates 50 years of the landmark legislation, let’s look back at how it started, the challenges it’s faced, and how its impact has leveled the playing field for some.

First, what is Title IX?

The 1972 law initially banned sex discrimination in educational programs that get federal funding (think: grade schools, high schools, colleges, museums, and libraries). And over the years, that definition has grown to include sexual assault and harassment. Along with the treatment of pregnant and parenting students, all-boys and all-girls schools, employment and more. That means tens of millions of students and educators are protected under the law.

Title IX exists to help remove gender inequity from school recruiting, admissions, counseling, financial assistance, and athletic programs — to name a few. The US Department of Education’s Office for Civil Rights is responsible for enforcing the law. And it requires federally funded schools to do the following…

While these rules are now commonplace at institutions, it wasn’t always that way…

A time before Title IX

Before Title IX, sex discrimination was the norm for women in education. In grade school, girls were excluded from certain classroom tasks (like operating a slide projector.) Women in middle and high schools were forced to take home economic classes. And left out of stereotypical ‘masculine’ courses like auto mechanics or woodshop.

In 1972, the female college enrollment rate sat at only 43%. Some universities set quotas for how many women they’d accept, or prohibited them from getting in at all. And those who were accepted typically needed higher test scores and grades than men to get in. Once in school, women couldn’t easily get scholarship opportunities. And weren’t allowed to go for certain majors.

And then there’s sports, which Title IX transformed for women. Before the legislation, women’s athletic scholarships were nonexistent. And championship games weren’t a thing. Women’s sports also lagged in funding, facilities, and equipment — resources primarily reserved for men’s sports. In 1972, fewer than 30,000 women nationwide played college sports. And schools only provided 2% of their athletic budgets to women’s sports programs.

Going for the gold

But in the mid-20th century, change was brewing across the US. Like most laws, Title IX builds off of existing legislation. The 1964 Civil Rights Act prevented discrimination based on race, religion, and national origin in federally funded programs. What the law notably left out: discrimination based on sex. So women’s groups pushed for inclusion. But one woman sent title, er, tidal waves through the movement: Dr. Bernice Sandler. Aka “the godmother of Title IX.”

In 1969, Sandler was passed over for a promotion at the University of Maryland — even though she met all of the qualifications. Why? Because she “[came] on too strong for a woman,” according to a coworker. That inspired her to partner with the Women’s Equity Action League. And collect data on sex discrimination at universities nationwide. She also buddied up with lawmakers. One being Rep. Edith Green (D-OR), who then held congressional hearings on women’s education and employment.

Motivated by the hearings, Green teamed up with Rep. Patsy Mink (D-HI) to draft the legislation we know today as Title IX. It passed in the Senate as part of a major education-related legislative package. And President Nixon signed it into law. But the fight was far from over…

An uphill battle for equality

When Title IX passed, it immediately got some attention (read: resistance) from the male athletics lobby. Some went as far as to try and exempt athletics from the law, in fear male sports teams would suffer. And over the years, Title IX has been challenged left and right. Including…

And experts don’t expect the challenges to stop. In fact, many argue Title IX needs better enforcement altogether. Women in college sports are still underrepresented and underfunded. And as Gaming Society reports, marketing inequities within the NCAA are also rampant.

Despite the challenges, experts say Title IX is better than the alternative: “I just know that without Title IX, we would be living in the dark ages,” Ole Miss women’s basketball head coach Yolett McPhee-McCuin (Coach Yo) told Gaming Society. Which brings us to…

How Title IX leveled the playing field…for some women

Title IX’s impact on women’s sports is undeniable. Since 1972, the number of women enrolled in college has grown by nearly 20%. And hit a record high last year. But many point to the impact it's had on women in sports. In the past 50 years, girls’ and women’s sports have exploded. More than 3.4 million high school girls compete in sports and more than 215,000 women play in the NCAA. Not to mention, female athletes were finally promised better equipment, supplies, and facilities.

Without Title IX, “I don’t know that we would have ever gotten the opportunities to get the exposure, to be given the necessary tools for our players to produce at a high level,” Coach Yo told Gaming Society. The interview is part of their Bet On Women movement — a partnership with the WNBPA to boost female athletes through the growth of sports betting.

The legislation’s impact also had a trickle down effect on the Olympics: In 2012, American women outnumbered men in participation and medal count for the first time. Same story for 2016, when the US also sent the most women in Olympic history. And in 2021, US women would’ve come out fourth in medal standings if they were counted as their own country. Plus, Beijing 2022 was apparently the most gender-balanced Games yet. With women making up a record 45% of athletes.

But, as with most battles, there’s still a long way to go. Especially for women of color. Title IX doesn't mention anything about race or ethnicity. In 2020-2021, Black women at Division I schools only made up 12% of female athletes. That’s around three percentage points lower than in 2005 (aka when the earliest data is available.) With Latina (5.9%), Asian (2.3%), Hawaiian and Pacific Islander (0.4%), and Native American or Alaskan Native (0.3%) also lagging behind. While white female athletes make up almost 63% of the group. Which means it’s continuously important to keep making your voice heard.

America is celebrating 50 years of Title IX. And it’s impossible not to recognize how the landmark legislation has impacted women’s rights in education and sports. But just because there’s been success, doesn’t mean the work is over.