Paid Family Leave: Why the US Falls Behind 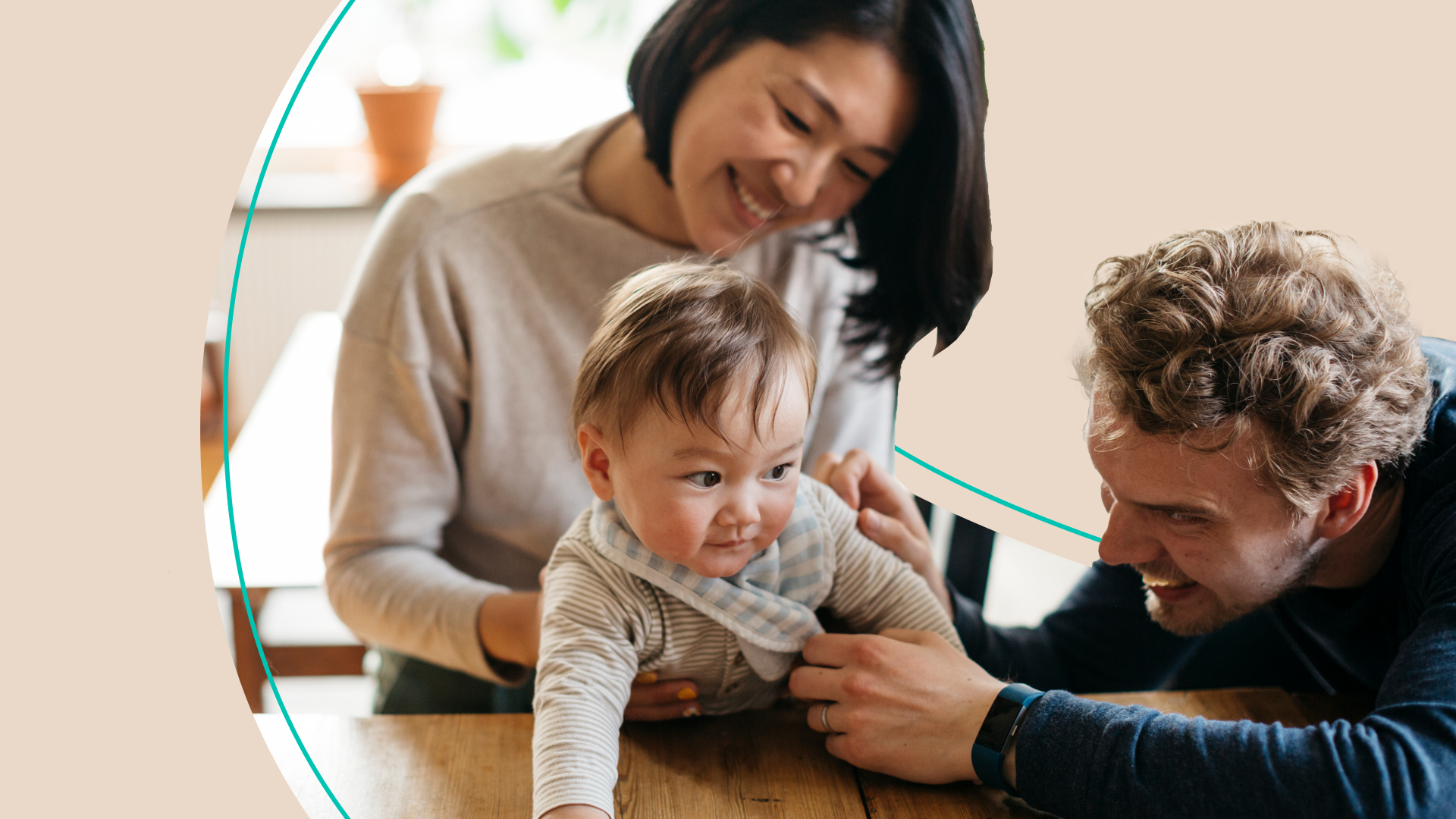 The US is the only industrialized country in the world that doesn’t offer paid leave. You can read that again. Paid family leave lets parents take time off to care for a new child after childbirth, adoption, or foster care placement. And allows families to continue to receive an income. While some companies offer this benefit, only about one-quarter of US workers have access to it. Meaning, many new parents have to choose between creating a strong foundation for their child or going without a paycheck.

We polled our audience on Instagram and found that nearly 50% of respondents said they had less than six weeks of paid leave. And about a quarter said they were offered no primary caregiver leave at all.

This year, Congress has tried to pass a social spending package that could include paid family and medical leave, among other things. But failed negotiations have kept a plan from crossing the finish line. And the opposition has been coming from both sides of the aisle. But the overwhelming majority of Americans support a paid leave plan — regardless of political ideology. So, we're here to break down: Why is it still not a thing? And how is it impacting families in the US?

A Changing Workforce Over the Decades

Until the early 20th century, companies didn’t consider maternity leave a must-have. That’s because women often didn’t work full-time. During this era, some women worked until they got married and had kids, leaving most men to bring home the bacon.

Then came World War II. Women joined the workforce full-time to both support the war effort in manufacturing war materials — and to support their families while the men were away. By 1945, nearly one out of four married women had a job outside the home. And women felt empowered to join the workforce long-term. With more women working, employers were forced to evaluate benefits for pregnant employees.

This also coincided with a new wave of feminism in the 1960s. Women were fighting for empowerment over their own lives and equality in society. The Civil Rights Act of 1964 banned sex discrimination. And in 1978, lawmakers amended the act to include the Pregnancy Discrimination Act. (Yes, that abbreviates to PDA. Moving on.) It prohibits employers from discriminating on the basis of pregnancy, childbirth, or related medical conditions. What the PDA left out: parental leave.

Throughout the years, families have struggled to care for their sick family members and children. And societal pressures have left women to take on the vast majority of unpaid work in households, including child care. But in 2020, the pandemic took things in a new direction. It forced daycares and schools to shut down. And it’s impacted…

Work…The economic downturn that disproportionately affected working women was dubbed the "shecession.” And it especially impacted women of color, including Black and Hispanic women who saw higher unemployment rates. More than 2.3 million women have left the workforce since February 2020. And many haven’t rejoined.

Home...Study after study has found that working moms are suffering from disproportionate levels of burnout and stress. It comes as they’ve juggled jobs, their children’s needs, and taken care of sick relatives. Nearly half of working mothers who responded to a survey said they took unpaid sick leave to care for their children due to school closures. And more than one in ten women said they’ve found themselves with new caregiving responsibilities.

The pandemic exacerbated the need for some form of paid leave, family or medical. And has shown that without it, families are left with a heavy burden. As some Skimm’r moms have shared, they’ve had to go on short-term disability, quit their job, or delayed having children.

The Legislative Battle for Paid Leave

The US has seen a series of parental leave bills that never made it out of the gate (like the Family Employment Security Act of 1984). But they got lawmakers talking more about this issue and set the stage for future legislation. Here’s a brief timeline:

In 1993...President Bill Clinton signed the Family and Medical Leave Act after President George HW Bush vetoed it...twice. The FMLA granted people 12 weeks of unpaid, job-protected leave to care for a new child, as well as to take care of themselves if they have a serious health condition. But it has some restrictions, like requiring employees to work for their employer for at least a year and at a company that has at least 50 employees.

In 2019...President Trump signed a bill giving most federal workers 12 weeks paid parental leave. Important, considering the federal government is the largest employer in the country. But it still left the majority of American workers without the benefit.

In 2021...President Biden announced a plan to create a national paid family and medical leave program. The details: It would have guaranteed Americans 12 weeks of partial paid leave to bond with a new child, care for a sick loved one, heal from a serious illness, and more by the program's 10th year.

Meanwhile, lawmakers and experts have pointed to the following as reasons paid family leave hasn’t crossed the finish line:

Businesses…Some of them worry about the financial burden a national leave program could bring. Think: It could become too expensive and hurt their bottom line. Businesses argue that a one-size-fits-all plan won’t work. That’s because companies can range anywhere from five to tens of thousands of employees. It’s a concern Manchin has raised. And while most Americans support paid leave, one study found they prefer employers to cover the cost, not the state or fed gov.

Work culture…Sen. Kristen Gillibrand (D-NY) has said “valuing women and their work is a hard thing” for the US. It’s also no secret that American culture is made up of working harder and longer, all in pursuit of the American dream. And that it’s deeply rooted in individualism. It’s the type of attitude that can have many saying, ‘to each their own.’ And that includes doing what they need for their own parenting and finances. And it may feed into the stigma that parents worry about when it comes to taking time off to be with their newborns.

Where Paid Leave Stands Around the Country

The US is one of six countries in the world that doesn't guarantee paid family leave. But as the federal gov stalls on nationwide paid leave, nine states and DC have taken matters into their own hands. Including…

Other states that currently offer a paid leave program: Massachusetts, New Jersey, Rhode Island, and Washington. Benefit programs are set to begin in Colorado, Connecticut, and Oregon, within the next three years.

The Impact of Paid Leave on Americans

The battle for a national paid leave policy is far from over. Families and advocates may be fed up with the lack of change. But they aren’t giving up. Paid medical leave to care for a loved one or themselves can provide more financial security and less stress. And contribute to overall job satisfaction. Here’s how paid family leave can impact...

The economy…Research shows that gov-mandated paid family leave can help both businesses and the economy.

Personal finances…Surprise: Having kids is expensive. The gov estimates that raising one kid can cost nearly $15,000 a year for a two-parent, middle-class household. Infants require a lot of hands-on care, meaning many parents may need to take time off to care for them (or hire someone who can do that) and pay for things like bottles and diapers. We Skimm’d how you can prepare for mat leave here.

Personal health…Going back to work too soon after having a kid can put more stress on moms, both emotionally and physically. Paid parental leave gives moms the time off they need to recover. And research shows it can decrease the risk of depression. Here's what happens to your body after birth.

Family…There are a number of benefits when parents bond with their newborns. Two examples: Studies show it can increase breastfeeding rates (which is attributed to infant health benefits) and reduce the risk of infant mortality.

The US has been dragging its feet on national paid family leave policies. And the lack of investment is costing American families across the board — at a financial, physical, and emotional level that could continue to have long-lasting adverse effects for women.

Updated on Dec. 22 to include the latest efforts to pass the Build Back Better Act.