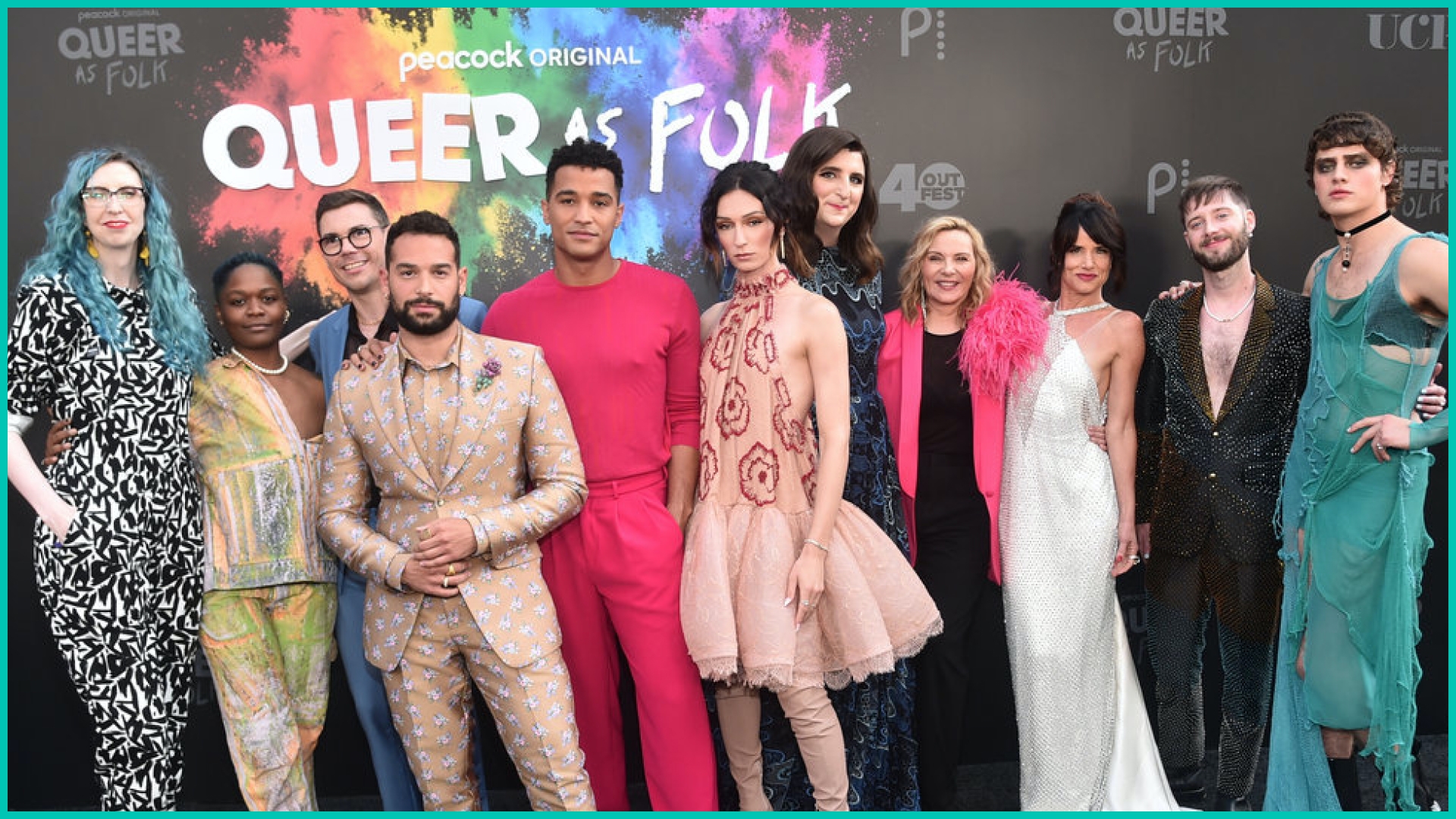 Nothing like a long overdue reboot to ring in Pride Month — welcome back, “Queer as Folk.” You might remember the OG series from the late '90s and early 2000s. If you don't: The show follows a group of LGBTQ+ friends through their ups and downs. But the latest iteration brings the storyline — and cast — into the 2020s. And centers on an all-too-familiar tragedy: gun violence.

The show premieres on Peacock on June 9. And it’s already generating buzz. Here’s what you need to know.

“Queer as Folk” originally ran as a British drama for two seasons at the turn of the century. Then it crossed the pond and aired in the US on Showtime from 2000 to 2005. The old series focused on dating, money issues, and health scares. And throughout its history, its goal has been to shed light on LGBTQ+ community and culture.

Fast forward to 2022: The show is set in New Orleans. And stars Devin Way, Fin Argus, Jesse James Keitel, CG, Johnny Sibilly, and Ryan O'Connell (plus Kim Cattrall and Juliette Lewis as moms). For the friends, a night out turns into a horror scene when a gunman opens fire. And the survivors are left to pick up the pieces and grapple with the tragedy. Relying on each other through grief, family issues, relationships, and more.

A modern day “Queer as Folk,” for better and for worse

Russell T. Davies created the previous British and US versions of “Queer as Folk” — and is behind the reboot too. While he wanted it to be reminiscent of the old show, he recognized it needed an update. In both positive and challenging ways.

Let’s start with the obvious issue: Gun violence. The tragedy echoes the 2016 shooting at Pulse, a gay nightclub in Orlando, that left 49 people dead. The show’s creator Stephen Dunn spoke with Pulse survivors to make his portrayal as accurate as possible. And told Variety that their input “heavily informed the stories that influenced the trajectory of the season.”

This storyline might hit viewers even harder, given the recent mass shootings in Uvalde, TX and Buffalo, NY. Given the events, Peacock added a warning card before the pilot. Jaclyn Moore, a writer and producer for “Queer as Folk,” said the show may be tough to watch. But that it’s necessary.

“The story of queer joy has always been that queer joy comes out of queer trauma,” Moore said during a panel discussion, according to Variety. “It’s impossible to be queer and trans in America in 2022 and all the way back in time and not go through trauma. And yet, we find joy, we find each other, we find love, we find moments of hopefulness.”

While there’s still a long way to go, the LGBTQ+ community has made progress in the time since “Queer as Folk” last aired. And that’s something Davies wants to celebrate in the updated series.

"I'm very proud of what we achieved in 1999, but in queer years, that was a millennium ago. As a community, we've radicalized, explored, opened up, and found new worlds — with new enemies and new allies — and there was so much to be said," Davies said in a statement. "The 2022 show is more diverse, more wild, more free, more angry — everything a queer show should be."

The LGBTQ+ community and beyond have been waiting for the "Queer as Folk" reboot for over a year. Its premiere during Pride Month isn't lost on viewers. And it’s bringing up important, timely issues that many can relate to.