How Does The Supreme Court Confirmation Process Actually Work? 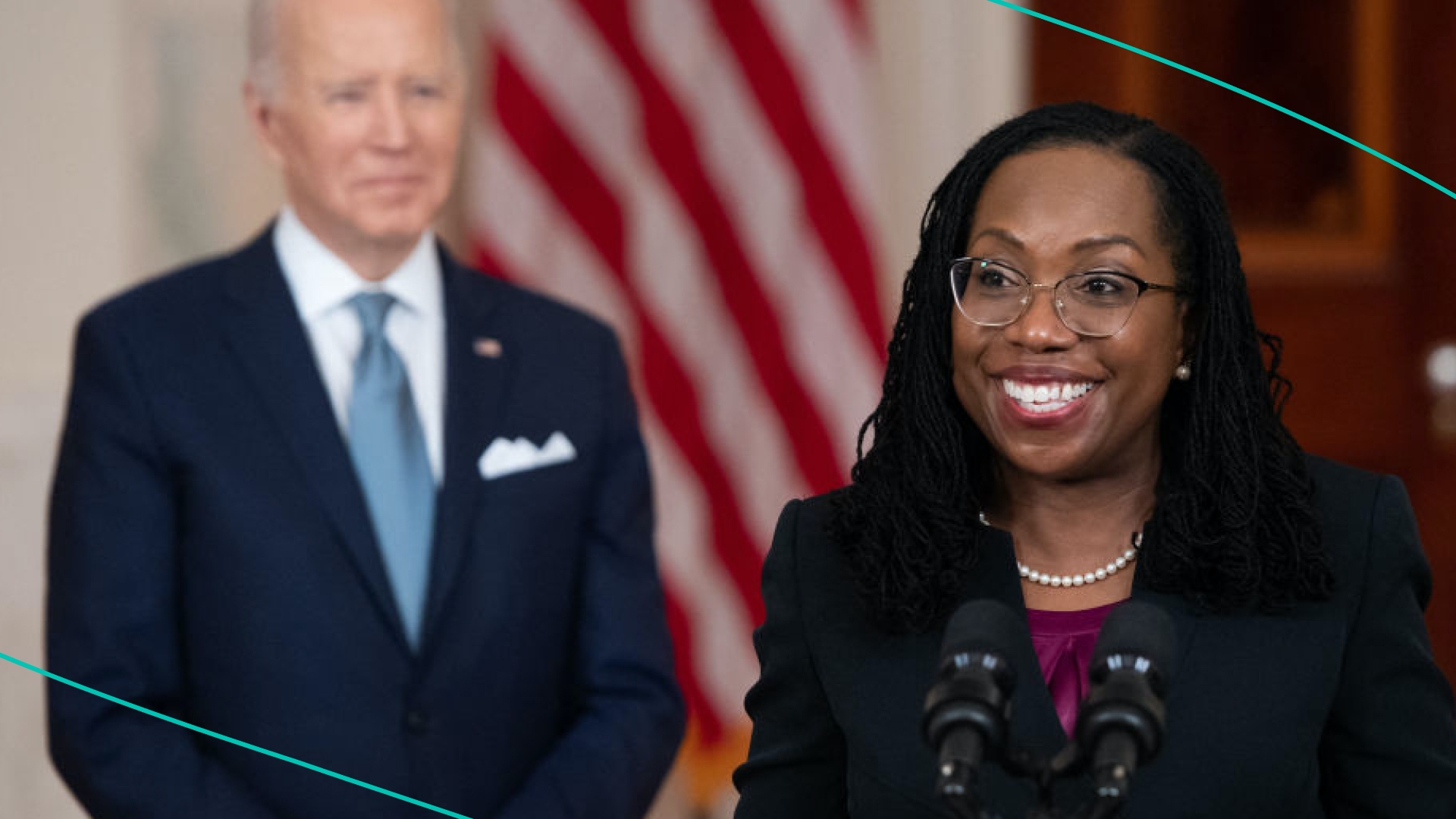 Hear she, hear she. Judge Ketanji Brown Jackson made (her)story as the first Black woman to be confirmed to the Supreme Court. Jackson entered the legal scene in 1996. Since then, she's clerked for multiple federal judges. Spent a couple years as a federal public defender. Became a federal judge. And has been a judge for almost nine years. In 2021, President Biden nominated her to the US Court of Appeals for the DC Circuit. Which is considered one of the most esteemed positions. And often a launching pad for Supreme Court nominees.

Which brings us to 2022. Before she could be in line to replace the retiring Justice Stephen Breyer, she had to jump through some judicial hoops. Keep scrolling to find out exactly how the SCOTUS confirmation process works — and how long it takes.

When there’s an opening on the bench, the president nominates someone to fill it. The Constitution doesn’t list any requirements to become a justice. But all of them have some kind of law experience (think: previous jobs as federal judges). Once named, the nominee is heavily vetted through extensive questionnaires and an FBI background check. They also typically try to meet with as many senators as they can to get to know each other before...

Next up: The Senate Judiciary Committee holds public hearings to ask the nominee about their work experience, judicial philosophies, and more. Witnesses also get to speak on behalf of the nominee (think: professional colleagues of a nominee, reps from advocacy groups that support or oppose the nominee, etc.). These hearings usually last a few days.

After the 22 committee members grill the nominee, they vote on whether to recommend them to the full Senate. They can either recommend, reject, or give no rec. But either way, it still goes to…

A majority of senators (51) would need to vote ‘in favor’ to give the nominee the job. If there’s a tie, the VP gets called in to cast a tie-breaking vote. Right now, Democrats hold the Senate by a very slim margin. But succeeded in getting the votes to confirm Biden’s pick.

Doing The Process Justice: How Long It Takes

On average, it takes about 70 days. Though in some cases, justices are confirmed quicker. Example: Justice Amy Coney Barrett, who was nominated in September 2020 by former President Trump, was confirmed in 27 days. Jackson was also confirmed pretty fast — within 41 days.

The confirmation process is a crucial time for senators and the public to get to know the next potential SCOTUS justice — someone who could have an impact on the Court’s decisions for a generation. And the historic nature of Jackson’s confirmation raised the stakes even higher.