The US Supreme Court: The debate around reform 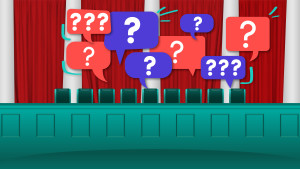 Let’s start with some background, shall we?

You got it. The Constitution established the Supreme Court as part of the US’s checks and balances system...but it didn’t really elaborate on the details. So Congress stepped up to the plate and passed the Judiciary Act of 1789 that got into the specifics, including that there would be six justices. In 1869, Congress settled on nine justices. That broke down to eight associate justices and one chief justice, which is still how it’s structured today.

And how do spots open on the bench?

We get into that, the impact of the Supreme Court, and more in theSkimm app. Every week, the app goes deep on a different news topic to give you the context you need to understand what's going on in the world. Download the app now and you get the first week free.