The Oscar's 2019 Nominated Movies to Watch 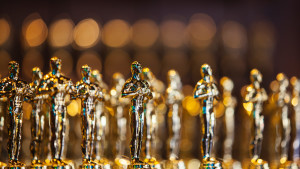 The 2019 Oscar nominations dropped today. The Academy of Motion Picture Arts and Sciences did the deciding. So grab some popcorn – here’s what you need to know about the Best Picture nominees for the Academy Awards before you hit up the theater.

Oscar noms: 7. It’s the first superhero movie to ever get a best picture nom.

The What: You have the Marvel universe to thank for this one. Chadwick Boseman is T’Challa, your Black Panther and king of Wakanda, an African nation that’s the source of a whole lot of vibranium – the metal that gives Black Panther his superpowers. Lupita Nyong’o, Michael B. Jordan, Sterling K. Brown, Angela Bassett, Forest Whitaker – the cast is basically a Hollywood MVP list.

The Buzz: This is a lot more than a superhero movie. “Black Panther” is one of the only major Hollywood movies to have a nearly all-black cast. It also had a black director, celebrates black culture, and was a landmark moment for representation on screen. Plus it crushed it at the box office and was the highest-grossing movie in the US last year. NBD. After years of the Oscars being called out for its lack of diversity, “Black Panther” represents a long-overdue milestone.

The What: A black cop and his Jewish colleague go undercover with the Ku Klux Klan in the early ‘70s. John David Washington (Denzel’s son) is the cop – the first African-American on the Colorado Springs police force. Adam Driver is the other cop. Washington is himself on the phone. But Driver pretends to be him IRL at Klan meetings. Oh also, the movie is based on a true story.

The Buzz: Critics called this director Spike Lee’s best movie in years. And Jordan Peele produced. So you know you’re in for something entertaining and thought-provoking. The movie is not subtle – there are references to “America first” and actual footage of the 2017 Charlottesville protests. That’s also what makes it so powerful.

The What: Another biopic, this time about Queen frontman Freddie Mercury. Malek – who you know from “Mr. Robot” – is Mercury. You may or may not start singing along in the theater.

The Buzz: It won best drama at the Golden Globes this month. But critics did not love this movie – calling it out for its surface-level take on Mercury’s life, and for dancing around his sexuality. They did love Malek, who’s the standout and nails the rock star vibe. He already won a Golden Globe. You’ve probably heard about the film more for its off-screen drama. Director Bryan Singer was fired during filming and he’s been accused of sexual assault and misconduct multiple times throughout his career. He denies the allegations.

The Movie: “The Favourite”

Oscar noms: 10, tied for most nominations with “Roma”

The What: Olivia Colman is Queen Anne circa 18th-century England. Rachel Weisz is her right-hand woman and Emma Stone is a servant scheming to move up in the world. A love triangle forms. Emma gets kicked into the mud. Rachel is poisoned. There’s a scene where a naked man gets pomegranates thrown at him. You’ll laugh. You won’t cry. You’ll ask yourself WTF is going on.

The Buzz: If stuffy period dramas aren’t your thing...this isn’t one of them. To give you an idea of what you’re getting yourself into, it’s by the same director as “The Lobster” (psst...the one where Colin Farrell is at risk of turning into a lobster if he doesn’t find a life partner in 45 days. Rough). It’s getting praise for its strong, female-led cast, witty writing, and, mostly, Colman’s performance. She was nominated for best actress. And she’ll go for a royal round two when she takes over as Queen Elizabeth II in season three of “The Crown.”

Oscar noms: 5, including for Mahershala Ali and Viggo Mortensen

The What: The title refers to a guide black people relied on to drive through the Jim Crow South – it had tips on where it was safe to stay and eat. This part-drama, part-comedy is based on the true story of a black pianist (hiii Mahershala Ali) and his white driver (hiii Viggo Mortensen), who chauffeured him on a concert tour in the 1960s.

The Buzz: This is a controversial pick. Critics called it predictable, and gave it a thumbs down for relying on racial cliches and being a “white savior” movie. Most agreed that it’s Mahershala and Viggo’s acting chops that make the movie worth seeing.

Oscar noms: 10, tied for most nominations with “The Favourite”

The What: This black-and-white movie follows the story of a maid and the upper-middle-class family she works for in 1970s Mexico City. It’s inspired by director Alfonso Cuaron’s childhood. Bring tissues...and if you don’t know Spanish, your glasses – there are subtitles.

The Buzz: The movie’s standouts are Yalitza Aparicio – the first-time actress who plays the maid. And Cuaron’s cinematography – which makes you feel like you’re watching a piece of art (spoiler: you are). Netflix – which distributed the movie – is the elephant in the theater. This is the first time one of its movies has gotten a best picture nod. It’s had a tough time getting Oscar love in the past, in part because Team Traditional Movie Industry doesn’t love that a streaming service (aka a platform that has limited movie releases in theaters) can even be in the race. Eyes are on whether this hurts Roma’s chances.

The Movie: “A Star Is Born”

The What: This is the third remake of this movie. The first version came out in 1937. Cooper is country-rock star Jackson Maine (surprise: he can actually sing). Gaga is wannabe star Ally (uh, yes she can sing). They meet. They fall in love. Maine helps launch her career and she becomes a bigger star than him. We won’t give away the rest but you will cry. A lot.

The Buzz: There’s a reason this movie keeps getting a re-do. It’s got all the things Hollywood can’t get enough of. Love story. Heartbreak. Very convincing performances by huge stars. Songs you can’t stop listening to (ahem “Shallow”). Critics gave Cooper (who also directed) a lot of kudos for his fresh take on the film. They pulled out words like “transcendent” and “gorgeous heartbreaker.” They also wrote think pieces about what the story says about gender politics – about female success and the decline of a male-dominated era. The bottom line: this is the kind of dramatic, career-defining tearjerker the Academy loves to love. dramatic, career-defining tearjerker the Academy loves to love.

The What: Bale is former VP Dick Cheney in this biopic about how he went from a nobody in Wyoming to pulling all the strings in the George W. Bush White House. Heads up: the movie definitely has a POV. And it’s that Cheney is not a good guy.

The Buzz: Reasons you keep hearing about this one include: Christian Bale and...Christian Bale. He’s getting all the applause for his transformation into Cheney. Adam McKay – who did “The Big Short” – directed. Expect a similar style of compelling, explanatory storytelling. Some critics knocked it for not reaaally getting into what made Cheney who he is. It’s probably a best picture outlier. But Bale – who already won a Golden Globe – is one to beat in the best actor category.