The Oscars Are (Almost) Here. Here's What You Can Expect. 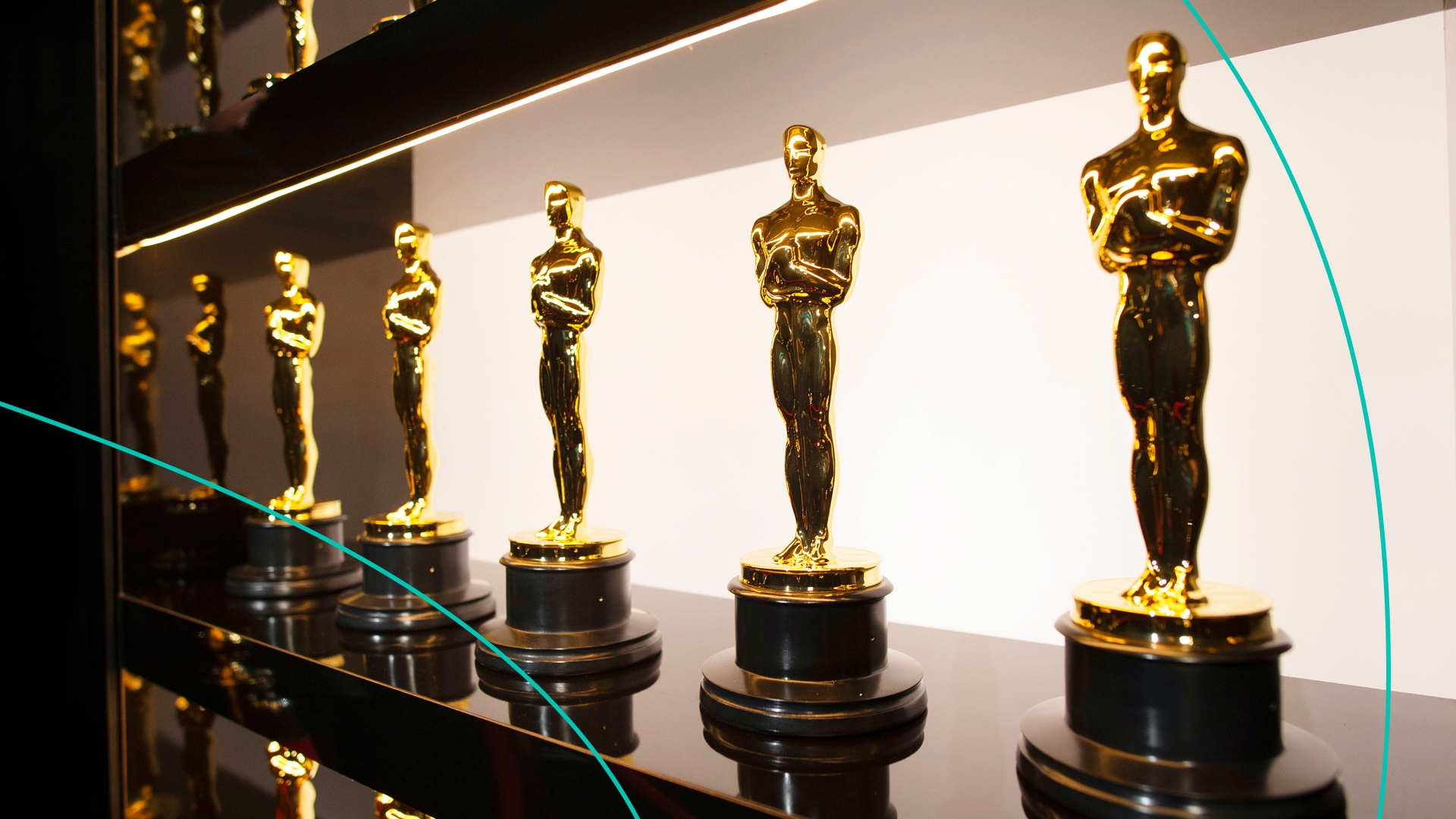 Get the popcorn ready, because it's time for Hollywood's big night out. Yep, we’re talking about the Oscars. They’re going down on March 27 at 8pm ET on ABC. Amy Schumer, Regina Hall, and Wanda Sykes are taking the reins as hosts. And we’ll find which movie will take the top prize (aka best picture award) home.

If you haven't had a chance to check out all the Oscar noms yet, don't sweat it. We've got a list of the ones to watch — and skip — ahead of Sunday's ceremony. Plus, our "Pop Cultured" podcast team talked to Vulture writer Nate Jones about what to expect at this year's event. Scroll down — and listen to the episode below — for more. Ready, set, action.

Time is ticking before Sunday night. Pro tip: Use the weekend to catch up on the films you may have missed. Our podcast host Bridget Armstrong asked Skimm HQrs — and Jones — for their takes on the must-watch movies of the year. And which ones you can pass on.

“The Worst Person in the World”

Academy Award Movies You May Want to Skip:

“The Power of the Dog”

What You Can Expect at the 2022 Academy Awards

Streaming Services Are Taking Over The Oscars

It might seem obvious, many of this year’s nominated films are on streaming platforms. And that's a pretty big change for the Academy in recent years. Before the pandemic, the org wasn’t a huge fan of streaming (more on that here). But since people couldn’t go to the movies during COVID, most of us started watching the big screen on the small screen.

Jones told us that the Academy had two options for the pandemic-era Oscars: Cancel the awards show…or keep them going and bring streaming services into the mix. And we’ve seen that come to fruition in this year’s nominee pool.

“This year, the two front-runners are big streaming-service movies. You have ‘[The] Power of the Dog,’ which is a Netflix film, and ‘CODA,’ which is Apple TV+,” Jones said. “It does seem like for the first time, this is when a streaming film will win best picture.”

Like anything in life, things could change at the last minute — with another movie snagging the top prize. But if these two stay the top contenders, Jones told us it could open up more Qs about the Academy’s feelings toward streaming services…particularly Netflix.

“If ‘CODA’ takes [best picture] instead of ‘The Power of the Dog,’ that will mean that Apple TV+, which just got started [with streaming] a few years ago, wins an Oscar before Netflix. And that's when you really have to start asking, ‘does the Academy hate streaming? Or do they hate Netflix?’” he said. “People in the Academy are a little bit skeptical of Netflix….They don't release their data, they're sort of throwing the business model of everything else out of whack. They’re making it very hard for people to figure out what’s actually successful.”

This year’s winners won’t just open up conversations around streaming’s place in the film industry. They could also highlight the fact that….

#OscarsSoWhite Is Still A Problem

It’s been seven years since the hashtag started trending. And brought attention to the lack of racial diversity among the Oscar nominee pool. Trying to fix the award show’s diversity problem has since been a rollercoaster.

“Last year was an interesting year because a lot of movies that were the ‘typical’ Oscar bait were like, ‘well, I'm not releasing this [movie] in a pandemic.’ You saw a lot of smaller, under-the-radar films sort of become the Oscar films by default…like ‘Sound of Metal’ [or] ‘Minari,’” Jones said. “Because of that, it was a very diverse year. And this year, the sort of big Oscar players have come back. They’ve stepped in it and said, ‘okay, we're here again.’ And that has made it a slightly whiter field than last year.”

PS: We get into how the Academy is trying to improve diversity efforts here.

For this year, Jones predicted that Will Smith will almost certainly win best actor for “King Richard.” And Ariana DeBose is in the lead to win best supporting actress for “West Side Story.” Important note: She’s also the first openly queer woman of color to receive an Oscar nom. But, even with those wins, Jones said that this year’s winners will (probably) largely be white. Further emphasizing the need to improve diversity and inclusion efforts. Not just within the film industry, but across Hollywood in general.

Whether you love the Oscars or never pay attention to them, it's always an opportunity to add some new movies to your watch-list. And this year especially, the event highlights the fact that the Academy has more work to do to catch up to the times. From recognizing more people of color, to building better relationships with streaming services.

PS: For more on what to expect at this year’s Oscars, check out our “Pop Cultured” podcast episode.