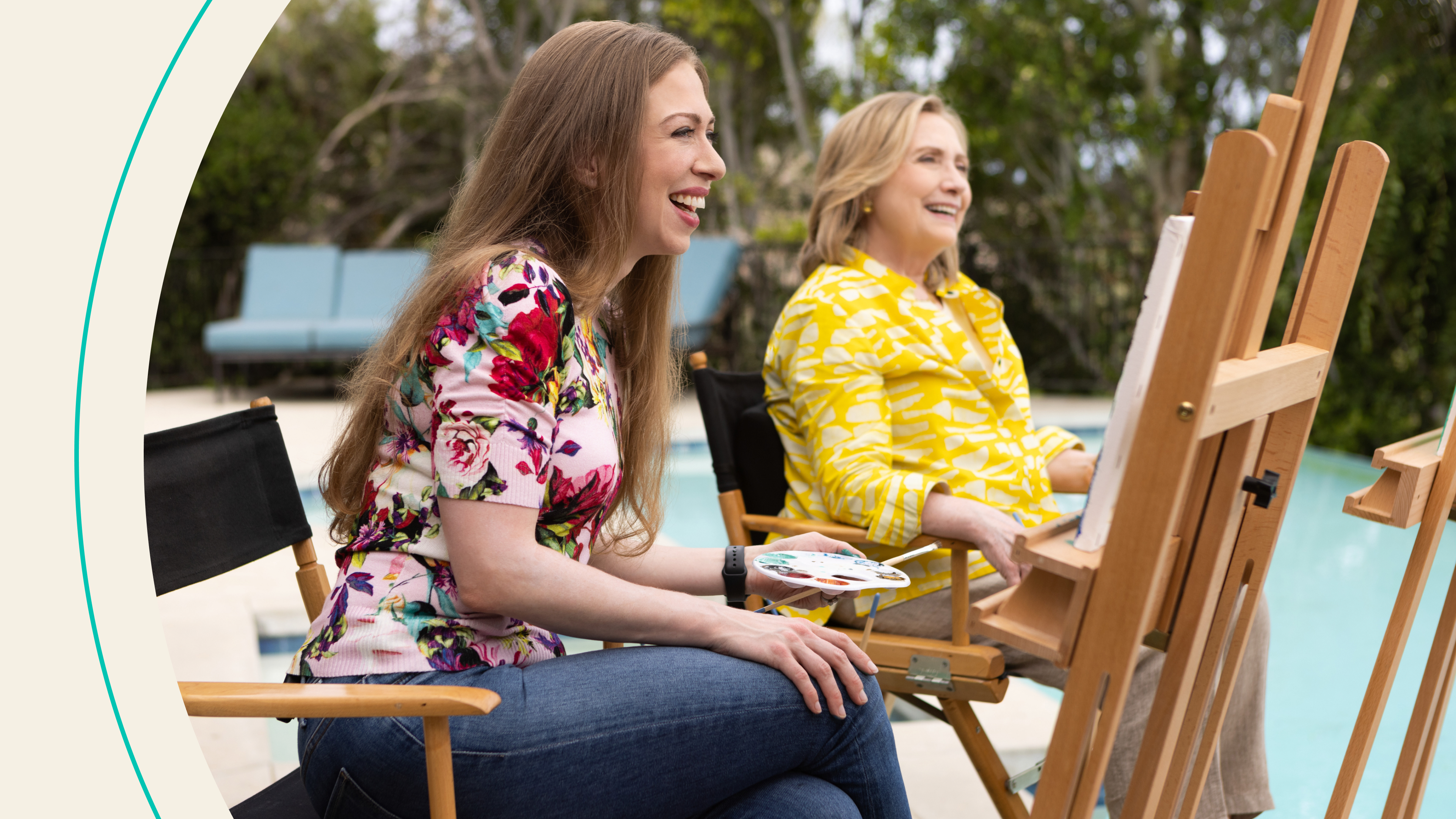 On Sept. 9, a new Apple TV+ docuseries is diving into what it means to be brave and bold. “Gutsy” follows former Secretary of State Hillary Clinton and her daughter, Chelsea, as they share the stories of women who inspire them and make a difference in the world. The series takes pages from the Clintons' “The Book of Gutsy Women: Favorite Stories of Courage and Resilience.”

Meet the guests: From reality TV stars like Kim Kardashian, to comedians like Wanda Sykes and Amy Schumer, to musicians like Megan Thee Stallion. But it also features the stories of unsung heroes and everyday women who are breaking barriers and creating positive change. Like Alice Min Soo Chun. In 2015, she launched Solight Design which sells her invention: the SolarPuff — a self-inflatable, portable origami solar light. theSkimm spoke with Chun about how her invention landed her in the show, what to expect from the series, and why it’s coming at the perfect time.

How did origami inspire your product, the SolarPuff?

“I'm Korean and growing up we were always doing origami. One of the fun things we did were origami balloons. When I was doing the prototyping for the SolarPuff, I did so much research on every single solar light out on the market. And they were all heavy, bulky, hard plastic, very utilitarian-looking. I knew that we had to do something extremely light so that we would save on shipping costs and [that was] easy for deployment, especially for emergencies because you have volunteers carrying supplies. We wanted it to be light in weight, but also give off enough light. So, I used origami balloons as a design inspiration and folded the [SolarPuff] based on the origami balloon.”

What were some of the challenges you had to overcome in creating the SolarPuff?

“Perseverance is one of the key things in terms of invention and innovation. You can never give up. Keep trying different things physically until you find the right one. And luckily I finally found it, because I was a material technology director at [Parsons the New School]. And so my job was to research materials.

“Being an entrepreneur and getting the thing out to market was another huge challenge. [For example,] getting the product to scale commercially and finding partners to support our mission, which was to get light to regions that have no electricity. I knew that it was really important to get something like light being accessible to underserved regions. No matter where you are in the world, when you don't have infrastructure, there's no power. You literally don't have power as a human being.”

Your story is featured in ‘The Book of Gutsy Women’ by Hillary and Chelsea Clinton. How’d that happen?

“[In] 2017, Hurricane Maria hit Puerto Rico. We were at a point where we were able to get over 100,000 lights to [the island] to help with our nonprofit partners. Hillary was at an event for Puerto Rico, and I got to meet her backstage. I told her about my trip to Dominica, where I was teaching school kids that had no schools because they were all blown away by Hurricane Maria. I brought SolarPuffs to give to the kids, and I told them the story of being a light warrior: Don't use your fist to fight. You fight with the light of your mind and your heart. And that is the greatest weapon against injustice and poverty.

“I told Hillary this, and she's like, ‘Oh, that is such a great story. I wanna be a light warrior.’ Then, she's like, ‘Chelsea and I are doing a book, and I was wondering if you would like to be in the book.’ In 2019, I'm in the book next to Jane Goodall and Greta Thunberg.”

What can viewers expect to see in your episode of ‘Gutsy’?

“The episode that I'm on is called ‘Gutsy Women Step Up.’ It’s about women who see a problem and they step up to solve it. One of the conversations we had with Hillary [and Chelsea] was talking about this whole realm of perseverance, not giving up, and taking one little step at a time even if it's crawling. And that you have to have an iron gut. Your gut has to be strong and you have to believe in your intuition and have faith in yourself to keep going.”

Why’s it important to have a show like ‘Gutsy’ now?

“No matter how much pioneers like Hillary Clinton [have done] to help women and rights for women, we're still behind.

“‘Gutsy’ also highlights incredibly famous people like Amy Schumer, Kim Kardashian, and Jane Goodall. But there's a lot of ordinary women that are just doing their own thing but extremely passionate about what they're doing. It's a very different space than the normal reality TV shows that we see out there right now. I think it'll be refreshing.”

What advice would you give to entrepreneurs?

“You have to gather strength mentally and emotionally. And develop empathy for yourself, the world, and others outside of yourself. I think that empathy is extremely important for getting through and persevering because if it was just about me, I wouldn't give a sh*t, honestly. It’s because I know that [my product] is gonna help people. I know that this is gonna make lives better. When you come to a point in your life when you believe in something that's bigger than yourself, the courage and fortitude will come.

“You know how they say, ‘It doesn't matter how many times you fall.’ Just getting to a crawl sometimes is all you need. You can't stand up sometimes, but if you can just take one little knee bend and crawl, that is an accomplishment. And then all of those little steps — in hindsight — become phenomenal. But you have to have faith. The passion and the belief in what you're doing has to be there and has to be real. And it has to be authentic and sincere.”