This Is Why People Can’t Stop Talking About 'Encanto' 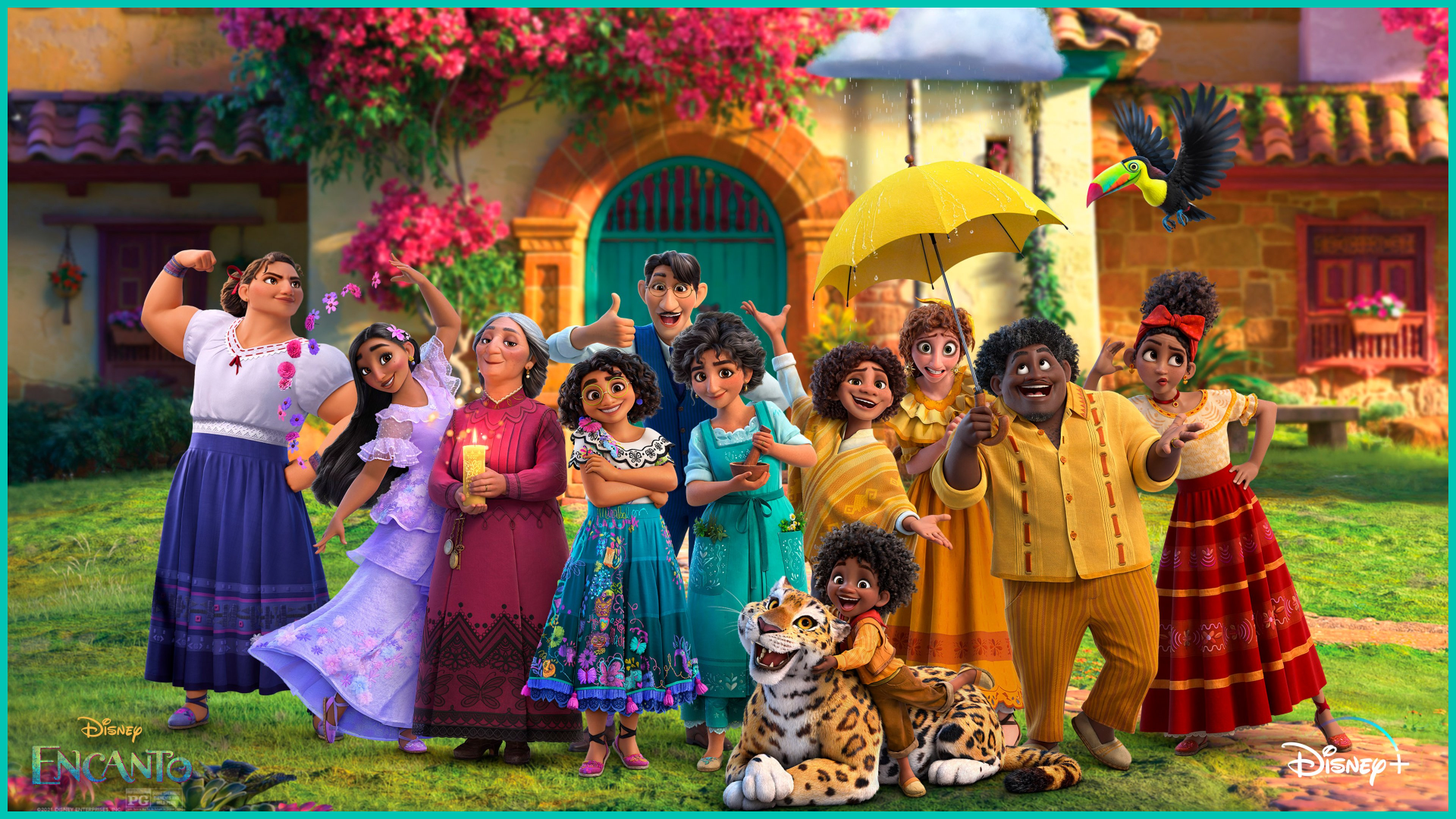 Step aside, kids. Disney’s animated film, “Encanto,” has captivated adults’ hearts too. The film tells the story about la familia Madrigal and their life in the Encanto, a charmed place in the mountains of Colombia. The Madrigals are a big deal there. Because everyone in the fam has magical powers — from super strength, to controlling the weather, to the power of healing. Except for Mirabel, who takes the audience on a journey as she tries to save the family.

The film came out on Nov. 24. But since it debuted on Disney+ in December, everyone’s been talking about it. Just look at TikTok and Reddit for proof. So let’s dive into some of the reasons people can’t stop, won’t stop loving this film.

Say It With Us: Representation Matters

Children and adults alike — some for the first time — are seeing main characters that look like them on screen. In “Encanto,” there are characters of different skin complexions, who rock different hairstyles, and speak Spanish. Aside from that, people are identifying with the members of the Madrigal family (in case you haven’t seen it on TikTok). Are you a Mirabel who’s trying to save their family? Or an Isabela, the seemingly perfect sister who’s tired of being called ‘perfect?' Or maybe a Bruno, the black sheep of the family? There are plenty more characters that have people saying ‘hello, it’s me.’

It’s Got Some Deep Messages

In the film, the audience learns that the matriarch of the family, Abuela Alma, fled her home and lost her husband. The whole experience shaped how she raised her family and affected each character. It's a concept known as intergenerational trauma — something many, including the Latino community, identify with. There’s also the message of self-worth. Spoiler ahead: When the characters' powers start to change, they’re faced with answering who they’d be without it. And learn that their gifts don't define who they are. We’re not crying, you’re crying.

A Top-Ranking Soundtrack That’s On Repeat

Lin-Manuel Miranda of "Hamilton" fame wrote the songs for the movie. So it's no surprise that the soundtrack is a big hit. On Jan. 31, “We Don’t Talk About Bruno” became the No. 1 song on the Billboard Hot 100 chart — becoming only the second song from a Disney animated film to do so. (Spoiler: "A Whole New World" from "Aladdin" in 1993 was the first.) At more than 34 million streams and tens of thousands of TikToks using the track, it’s looking like lots of people actually want to talk about Bruno. But there are plenty more songs from “Encanto” to have on repeat. From Oscar-shortlisted “Dos Oruguitas” to “Surface Pressure.” Check them out here.

“Encanto” is a real delight to adults and kids alike. And its important messages and representation are ones that are opening up conversations among adults who can relate.

Last updated on Feb. 1 to include “We Don’t Talk About Bruno” reached No. 1.