Watch Kendrick Lamar Morph into 6 Different Celebrities, Plus Details on His New Album 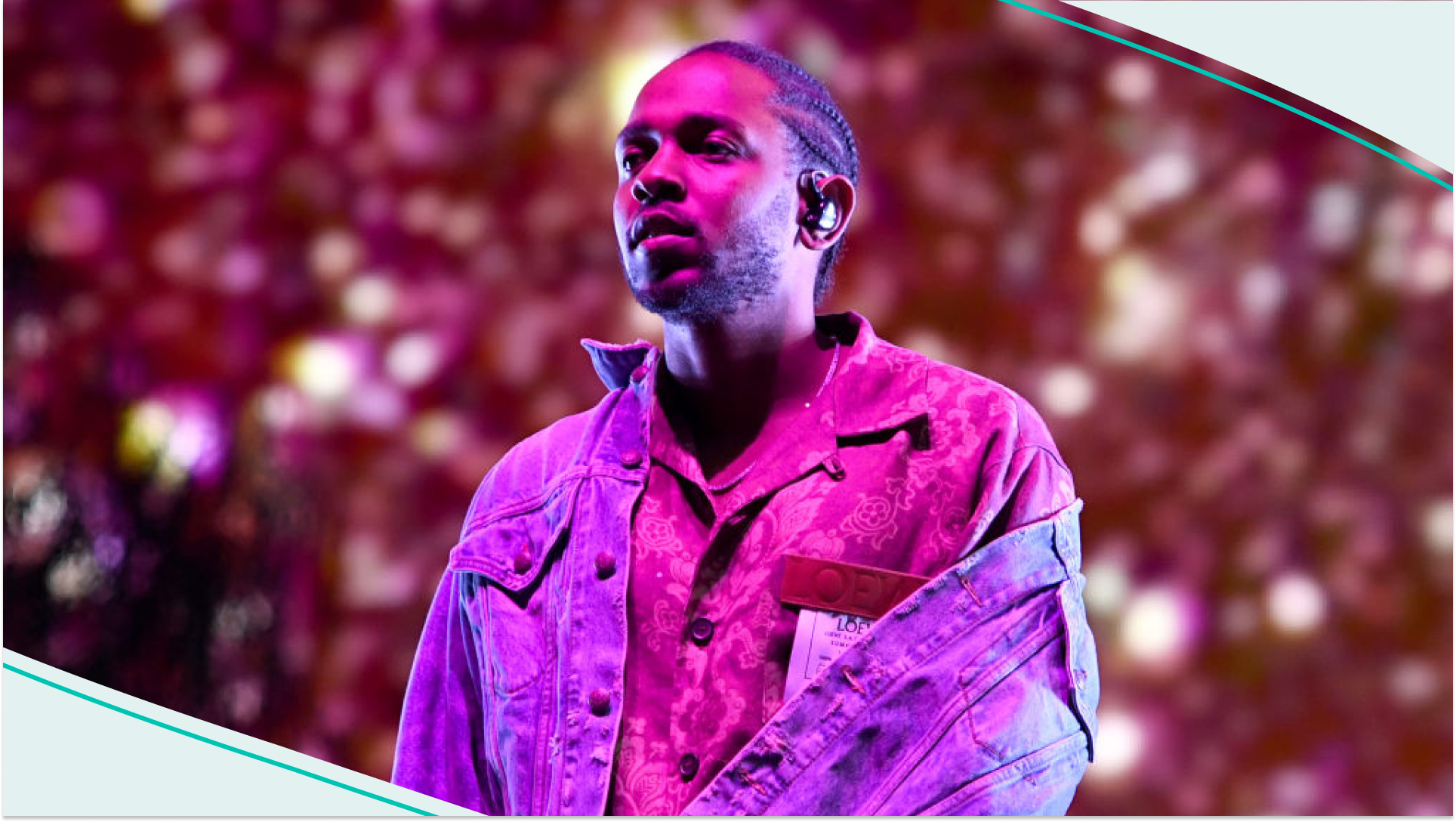 Kendrick Lamar’s new single has had listeners saying, 'DAMN.' On May 8, the rapper released a surprise music video for his new single “The Heart Part 5.” It's part of his latest studio album "Mr. Morale & The Big Steppers" — his first since 2017, which dropped on May 13. The video features some unexpected faces — from Will Smith and Kanye West to Jussie Smollet and OJ Simpson. And it’s all thanks to deepfake technology.

Lamar’s “The Heart” song series first began in 2010 as an outlet for his personal thoughts — covering topics like Black culture and love for his community. The latest five-minute music video in the series begins with the words, “I am. All of us,” then continues as he morphs into the faces of several famous Black men. Including OJ Simpson, Kanye West, Jussie Smollet, Will Smith, along with the late Kobe Bryant and Nipsey Hussle.

Lamar raps about his view of living as a Black man in America, referencing his own upbringing and experiences: “I come from a generation of pain, where murder is minor.” Some of his lyrics serve as comments on the faces that appear onscreen: West surfaces over the words “friend’s bipolar,” and Simpson appears during a “bulletproof rover.” His whole song serves as an ode to his community, inspiring empathy and highlighting the impacts of generational racism. The track’s chorus samples Marvin Gaye's 1976 single “I Want You.” But puts a twist on the lyrics, singing “I want the hood to want me back.”

Fans are 'Alright' now that Lamar's new album is out

"The Heart Part 5" gave fans a taste of his fifth album, "Mr. Morale & The Big Steppers” — which he announced in a casual Twitter reply. The double-disc record features 18 tracks. And includes a number of collabs, like Summer Walker, Ghostface Killah, Blxst, and Kodak Black, to name a few. Lamar explores themes of fatherhood, cancel culture, materialism, and more. Listen to the album via Spotify and Apple Music.

Four years have passed since his last album. But Kendrick Lamar maintains his legendary status. As a rapper and powerful Black figure, he’s known for spotlighting Black culture and experience. And fans already think his new album is nothing less than poetic justice.