Why People are Rushing to Watch ‘Everything Everywhere All at Once’ 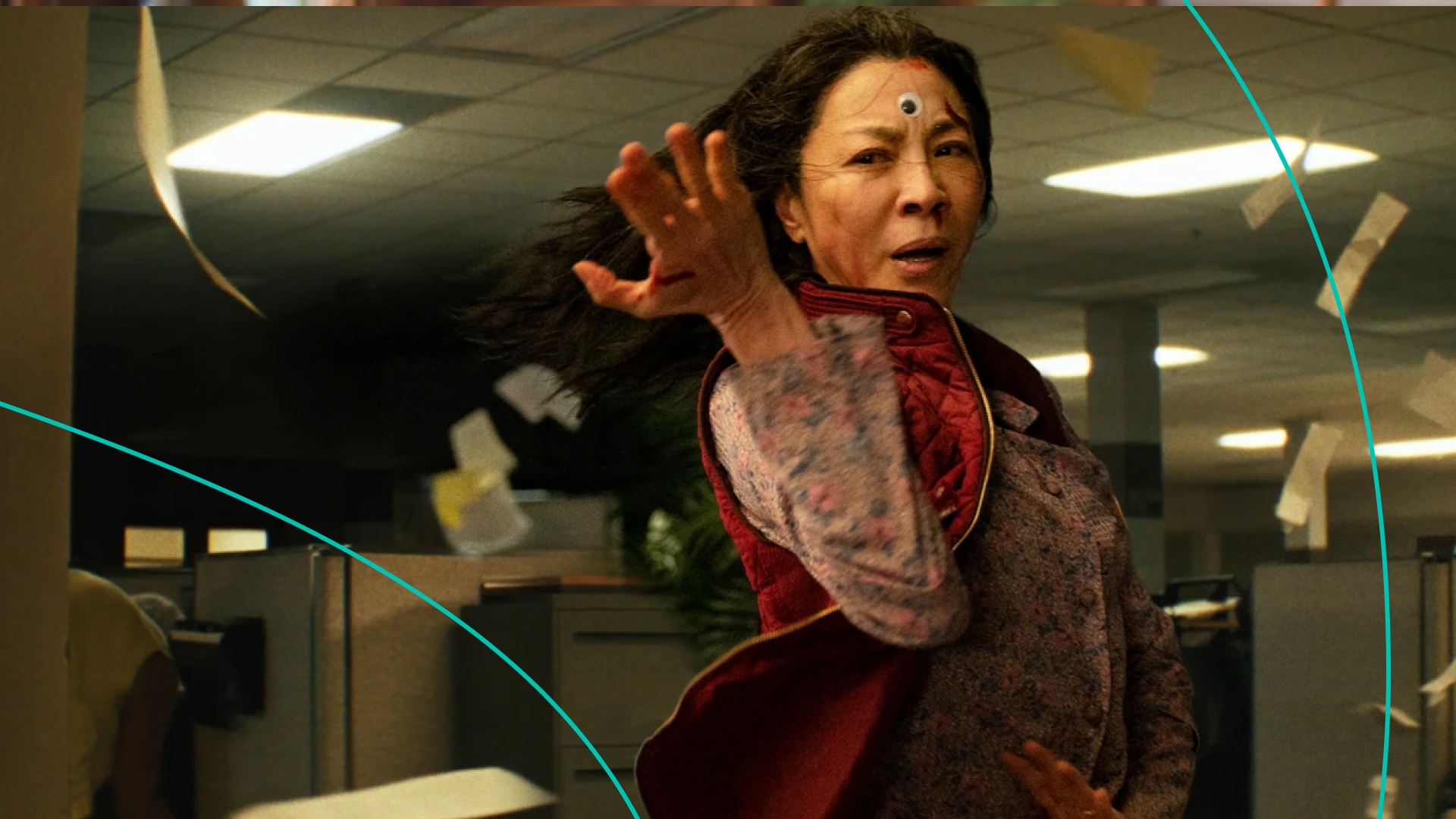 Last week, movie theaters across the country got a lot busier, since "Everything Everywhere All At Once" came out. It follows Evelyn Wang (played by Michelle Yeoh). She’s a laundromat owner who's juggling a business and family troubles. While being audited by the IRS. Aka the balancing act no one asked for. When she’s unexpectedly yanked into a multiverse (think: where there are multiple universes existing at the same time). And sees countless other realities and versions of herself. Wang learns different things about herself as she travels through worlds, from martial arts to inner strength. Think: “The Matrix” meets family dramedy.

Since it came out, “Everything Everywhere” has received positive reviews for its creativity, sincerity, and humor. Including becoming Letterboxd's highest-rated film. And getting a 97% critic score on Rotten Tomatoes. (Note: That’s the same rating as hits like “The Godfather” and “Knives Out.”) So why is everyone rushing to theaters to see it? Well for one, it’s not streamable. But there’s more to it than that.

Moving Through The Multiverse

Multiverse plotlines have become more popular in recent years. See: “Loki,” “Spider-Man: No Way Home,” and the upcoming “Doctor Strange in the Multiverse of Madness.” But "Everything Everywhere" was created with a much smaller budget than these major Marvel films. Plus, it's much more relatable than a superhero flying through multiple universes.

Directors Daniel Scheinert and Daniel Kwan (aka Daniels) talked to the Wall Street Journal about this key difference. Saying that Wang "realizes she has the potential to connect to any version of herself, because she is specifically the worst version of herself. At our lowest, it's hard for anyone to avoid that thought."

Escaping to other worlds can seem appealing — especially during tough times like a global pandemic. Confirmed by the general interest in multiverse films. And investments in alternate virtual realities, like the Metaverse. But there are also current realities in Wang’s world that people are relating to…

The Very Real Intersection of Culture and Sexuality

It’s no secret Hollywood has a long-standing issue with racial representation. Which has recently motivated more diverse casting decisions in movies and TV. “Everything Everywhere” features a mostly Asian cast, including cinema superstars Michelle Yeoh and James Hong. Yeoh has been a staple in Hollywood, starring in films like “Crouching Tiger, Hidden Dragon,” “Tomorrow Never Dies,” and “Crazy Rich Asians.” Similarly, Hong has been a longstanding figure in the industry, appearing in classics like “Blade Runner” and Disney’s original “Mulan.”

The film also explores the immigrant experience. Like Wang’s relationship with her father and the intergenerational trauma they face. A big part of this trauma involves the relationship between parent and child. This surfaces when Wang’s daughter, Joy, wants to introduce her girlfriend to her grandfather. But Wang, worried how her father would react, wants to keep her daughter’s queerness from him.

In an interview with Vulture, Stephanie Hsu (who pays Joy) talked about this generational divide. She said it’s even evident in the opening scene, when Joy is chasing her mom around the laundromat. It “really encapsulated the ships-passing-in-the-night experience of being in your early 20s or late teens and trying to deeply connect. You’re making the supreme effort to try to cross the generational divide, and you just can’t.”

Daniel Kwan, one of the film’s directors, talked to USA Today about how he specifically wanted to shed light on these topics. He said the movie "started as a story about the generation gap between a mother who was an immigrant and a daughter who grew up on the internet in America."

But he then started to reflect on his own upbringing and the people he grew up around. Saying that "the Asian American community has a very particular way to deal with the tension that comes from a queer child coming out to their parents.”

Many people are looking for an escape from the reality around us. And this movie flips that notion on the head and asks 'what if...that was possible?' "Everything Everywhere" makes us look at our current reality — the good and bad — and gives a new perspective on the daily struggles of life. While touching on some of the tough topics that make reality…real.