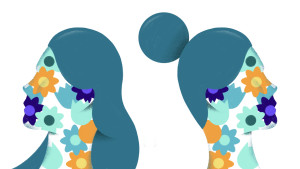 One in five adults in the US experiences mental illness each year. That’s a lot of people.

What are some of the most common mental health illnesses?

These are just some of the common mental health conditions. But there are many, many more.

The good news is that most of these disorders can be treated. Treatment for everyone is different and specialists will make a plan specific to each person, based on the disorder, other mental health issues they may be dealing with, environment, finances, and even family history.

Do mental health struggles lead to other issues?

They can. Mental illness is a leading cause of disability. Untreated conditions can lead to conflicts in your relationships, isolation, problems with alcohol and other drugs, financial problems, poverty, self-harm, as well as heart disease and other medical conditions.

Do mental health conditions affect everyone the same way?

No. Reminder: mental health illness affects everyone regardless of culture, race, ethnicity, gender or sexual orientation. But nearly 60% of adults with a mental illness didn’t get mental health services the previous year.

What about for the LGBTQ+ community?

LGBTQ+ individuals are at least twice as likely to have a mental health condition, mostly because of fear of coming out and being discriminated against. And transgender people experience discrimination because others might not want to or be able to relate.

Do minorities face a disproportionate level of mental health risk?

American Indians/Alaska Natives are more likely to die by suicide than people of other groups. And while rates of depression are typically higher among Black Americans and Latinos than White Americans, depression in these groups is also less likely to be treated. Because people from racial and ethnic minority groups are less likely to receive mental healthcare.

Why does this happen?

There are lower rates of health insurance for these groups, meaning they likely have less access to treatment. They also might face language barriers, racism, and bias. And there’s a stigma of mental illness among minority groups, which can make it less likely for them to seek treatment.

There's no trick to preventing mental health struggles. But there are things you can do to take care of yourself. Like getting educated, paying attention to warning signs, and always consulting a doctor when in question.