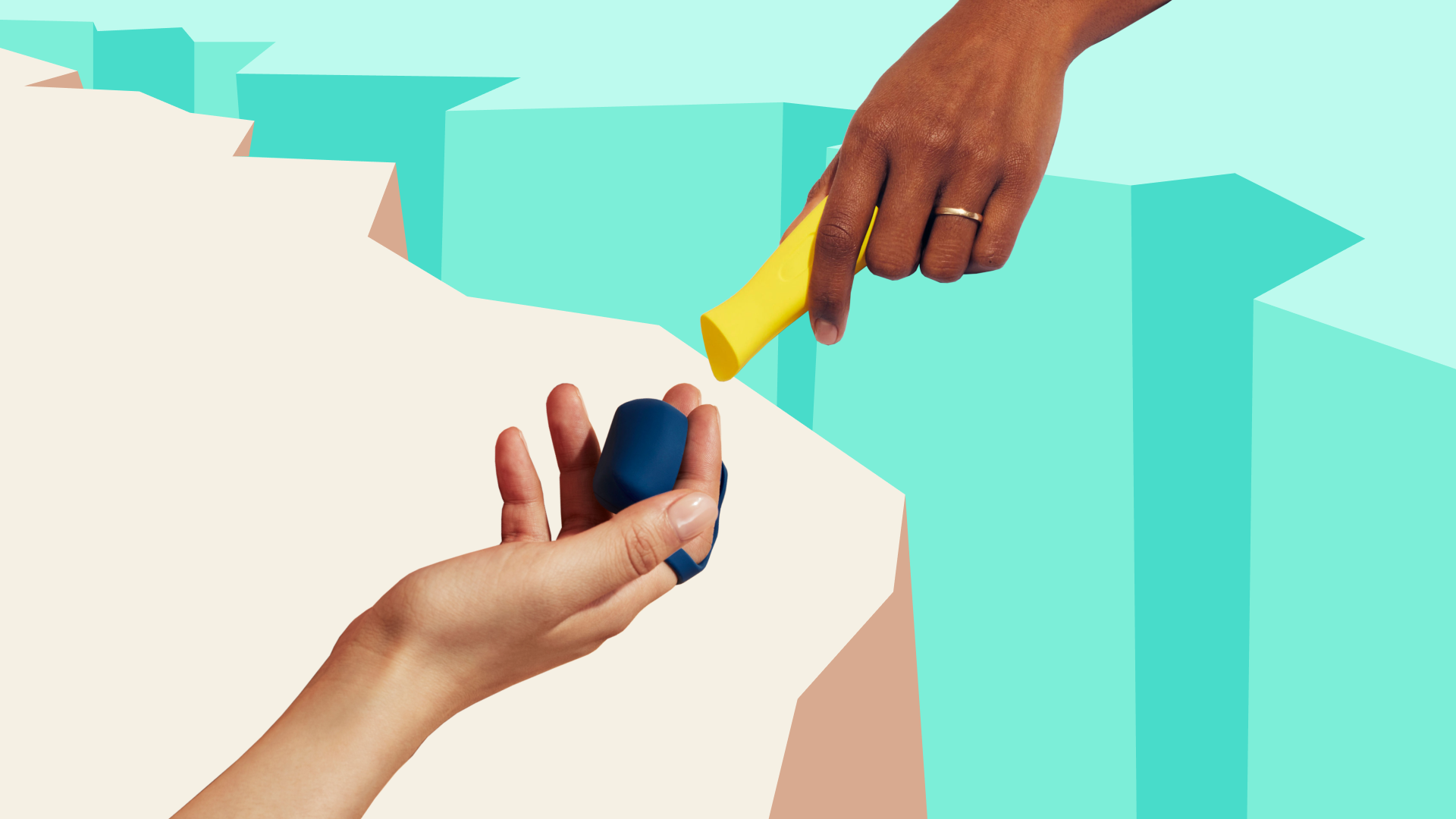 You’ve probably heard that women get paid 82 cents for every dollar a man earns. And that the gap is even wider for BIPOC women. At the same time, women often pay more for basic products (hi, pink tax). But the inequalities don’t stop there. Research shows things are unfair in the bedroom, too.

Here are the stats: 95% of heterosexual men reported usually or always orgasming when sexually intimate in a recent survey. While 86% of lesbian women and just 65% of heterosexual women could say the same. But wait. There’s more. Other data shows men are more than twice as likely than women to orgasm every time they get down and dirty with a partner.

Women may also feel pressure to pretend they’re having more fun than they really are. In fact, almost 60% of women admitted to faking a big O in a 2019 study. If you’re thinking ‘guilty,’ you’re clearly not alone. The gender pleasure gap is very real.

Soooo why does the pleasure gap exist?

Society has viewed men’s and women’s sexuality differently for literally ever. Case in point: Anthropologists have found evidence that women were shamed for having sex during their periods in the Paleolithic Age. Aka tens of thousands to millions of years ago. And in the 15th century, ‘experts’ published guides claiming that only witches had clitorises. And *surprise* they were punished for it. Even as time went on, many cultures policed women’s pleasure. Or just ignored it. And centuries of sexual sexism can be hard to shake.

Someone must have noticed how messed up this is.

Or feminist and sexologist Shere Hite, who in the 1970s published a groundbreaking 600-page report about women’s sex lives. She was one of the first researchers to show that orgasming during penetrative sex doesn’t always come easy (pun intended) for women.

The concept slowly made its way into the mainstream. And pleasure advocates like Betty Dodson wrote books, gave talks, and ran workshops to help women put some of the eye-opening science and research to use.

And we still can’t get it right?

But education can help clear up a lot of these time-honored misconceptions. Aaaand help even the playing field. Example: Sexologists estimate that the overwhelming majority of women need clitoral stimulation to get up, up, and O-way. But a lot of people couldn’t even tell you where the clitoris is. Which, honestly, tracks. Especially since though most American teens get some level of formal sex education, only 18 states require sex ed to be medically accurate.

There’s also a huge range in how comprehensive that sex ed is. In some states, the curriculum covers everything from contraception to personal boundaries and consent. In others, it focuses on abstinence and…not much else.

Where do I come in?

There’s no one solution for closing the gender pleasure gap. It’s going to take societal changes. But you can help narrow the gap by increasing your chances of having regular orgasms in your own life. Fun assignment, no? Some ideas…

Women are on the wrong end of too many gender gaps. But there are things you can do to help close the pleasure one. Think: advocate for comprehensive sex ed and have open convos about sex with friends, partners, and medical professionals. And when it comes to your own sex life, remember that you should be the one in control.