How to Deal With a Panic Attack at Work 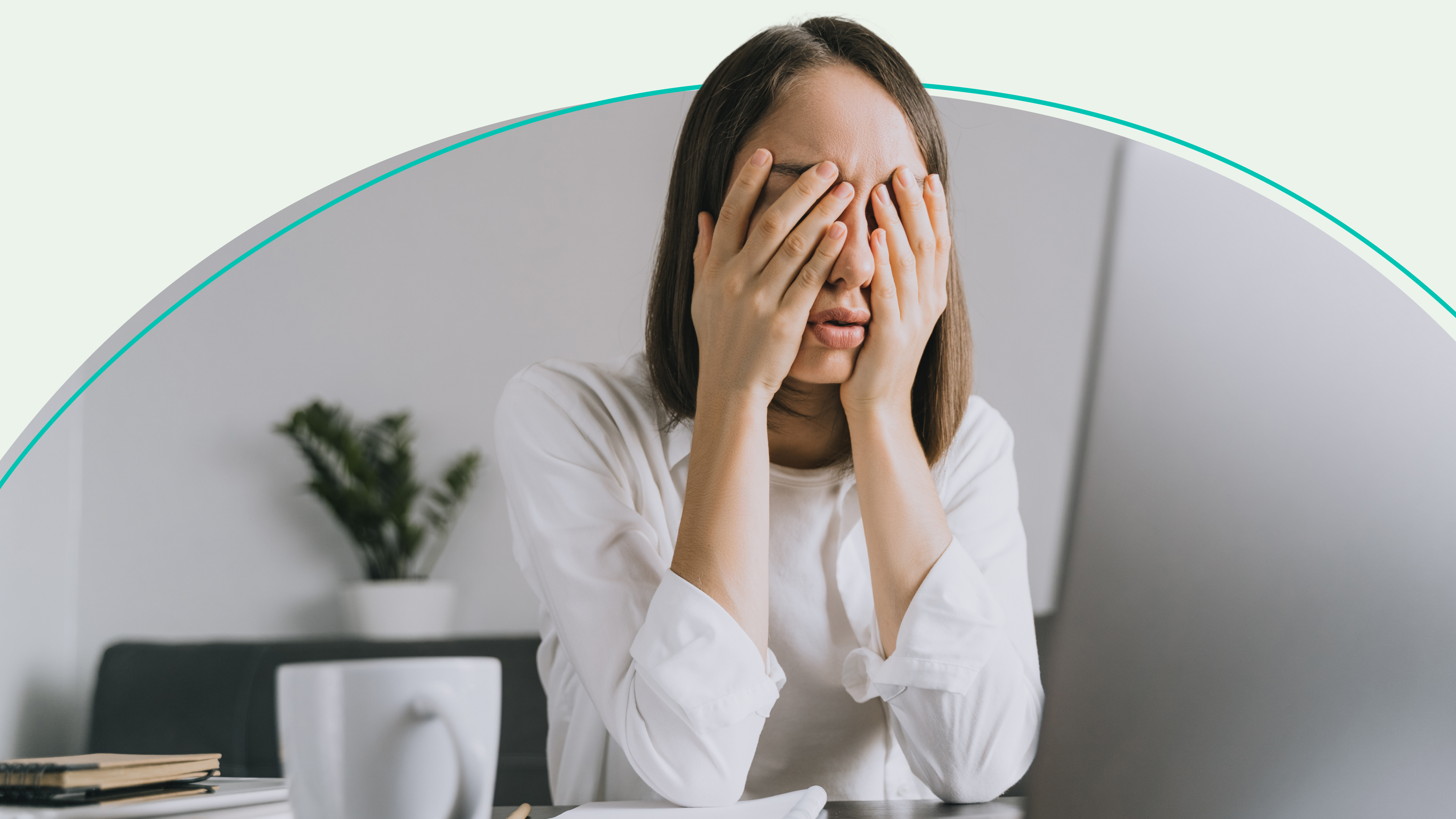 It is hard enough to fight against the burnout and fatigue that a job can bring. And now, for many people, there’s the added stress of returning to the office after working from home for two years (bye, slippers and living room office). It’s happening at a time when job demands are higher than ever. It’s a lot. And now stepping into the ring: the risk of panic attacks. Which can be triggered at any time. But while they may be scary, they don’t have to ruin your day — or compromise your job. Once you know how to recognize a panic attack, there are steps you can take to shut them down and get back to work.

What happens to the body during a panic attack?

Panic attacks are sudden, unexpected episodes of intense fear that can trigger physical reactions like nausea, trembling, and chest pain. And they’ve been linked to conditions like anxiety and depression. Each year, up to 11% of Americans experience a panic attack, and up to 3%  go on to have a panic disorder (when you face recurring and unexpected panic attacks in fear of when the next one will strike). And it’s twice as common in women than men.

Some experts say that panic attacks are related to the body’s “fight-or-flight” response. Think: when the body senses you’re in the danger zone and gets you ready to run or throw some jabs. This is where the physical symptoms come from. The brain tells the body to boost adrenaline (a stress hormone). And while your heart rate and breathing speeds up, the chest tightens, and blood flow to the muscles increases.

How can I tell if I’m having a panic attack?

Workplaces can be especially intense and anxiety-inducing. From dealing with overwhelming workloads and job expectations, to a difficult boss. These are just some of the things that can cause job stress and may even trigger a panic attack. And with more companies asking their employees to return to the office, many people are now struggling with the stressors that come with that transition, too. (Think: meeting coworkers for the first time in-person, finding childcare). Knowing exactly what a panic attack is — and how it affects the body — can help you tackle it. Here are some ways to identify a panic attack as it starts:

Rapid Heartbeat (aka tachycardia): During a panic attack, your heart beats more than the normal 60 to 100 beats per minute. This sudden increase can lead to feelings of lightheadedness or even a loss of control.

Dizziness: As a panic attack comes on, you could feel increasingly dizzy — and maybe like you’re going to pass out.

Trembling: The shaking caused by a panic attack is believed to be an extension of the body’s “fight-or-flight” response.

What can I do if I’m having a panic attack at work?

First, try to leave the situation you’re in ASAP. Find a place to reset (like a bathroom or the break room where you can be alone or with someone you trust).  Focus on deep breaths, breathing in slowly through the nose for a few seconds and breathing out the mouth for just as long. Remind yourself that you didn’t cause the feelings you’re having and that you shouldn’t feel guilty for having them. Even if the panic attack gets more intense. Tell yourself that everything is going to be OK. If you’ve had panic attacks before, remind yourself that you’ve gotten through them in the past.

If deep breathing isn’t working, you could also try vagus nerve icing (aka dipping your face in water or even just splashing cold water on your face) which could help calm you down. Or a quick exercise like jogging in place or jumping jacks. Exercise during a panic attack can help produce endorphins (a ‘feel-good’ hormone) and lower your resting heartbeat. However, if your panic attacks are causing symptoms like constantly struggling to get through the day, then reach out to a professional like your PCP or a therapist.

How can I help someone else who’s having a panic attack?

The most important thing you can do is stay calm. This situation might be scary for you. But the person having a panic attack might have no sense of time and could feel like the world is closing in on them. So it’s crucial to reassure them and let them know that they are safe. Then, ask what you can do to help them feel better. Offer a glass of water or your hand to hold. Some people may ask you to leave them alone. And, in those cases, you should respect their wishes.

Give them the space they need without taking offense. Let them know that their panic response is valid and that they will be OK (but avoid stating that over and over again because that could stress them out more). If you think this panic attack could be something more severe, ask if you can reach out to a family member or friend. In some cases, it might be appropriate to call 911 for medical attention.

Panic attacks can strike at any point, with no warning at all. So it's important to know the signs of an oncoming panic attack so that you can help yourself (and others) make it through. Remember: Having empathy and compassion, for yourself or someone who’s struggling, can go a long way.