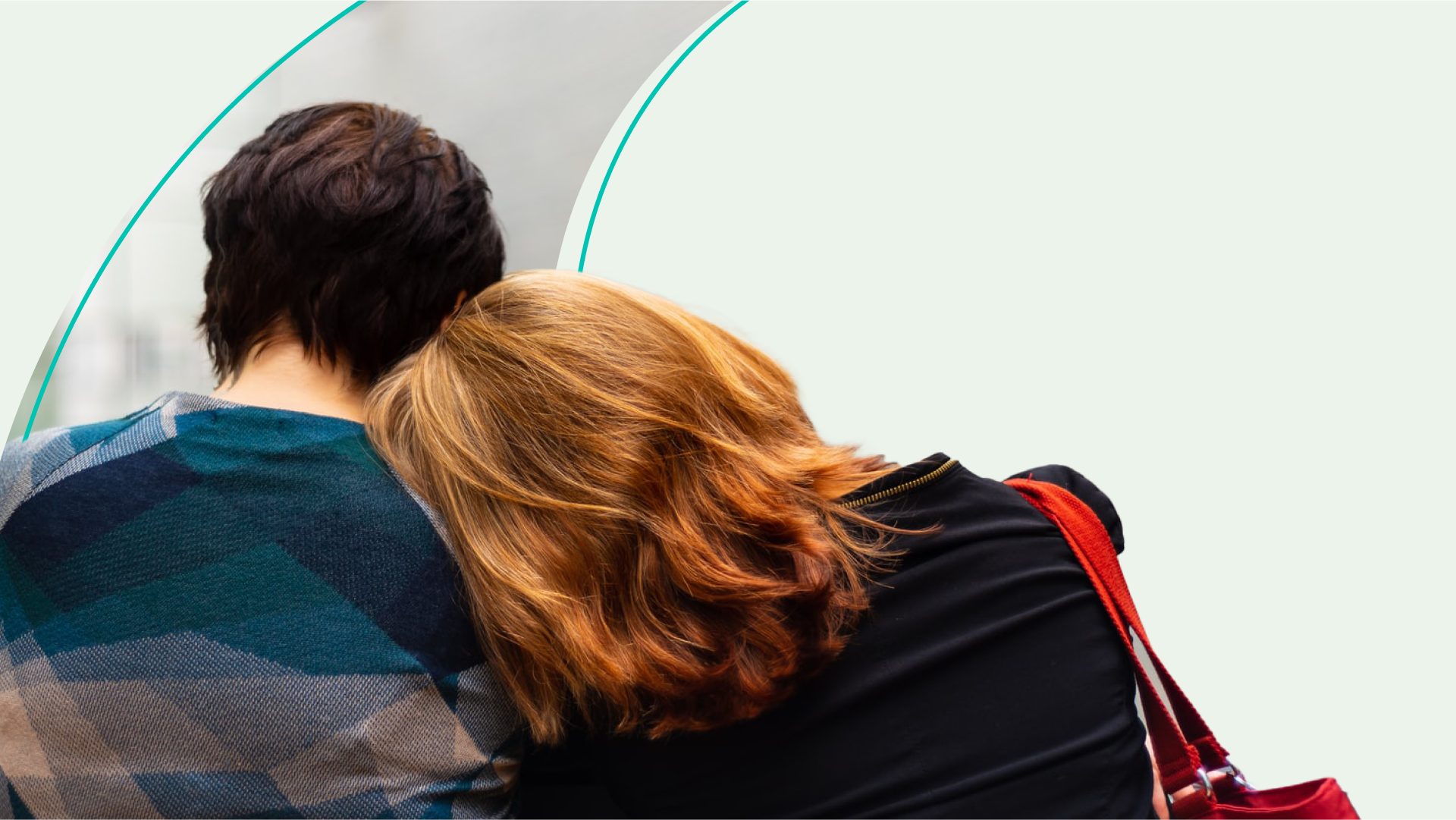 Before the pandemic, nearly one in five adults lived with a mental health disorder. But within the last year, approximately two in five adults reported symptoms of anxiety or a depressive disorder. And now a number of Olympians – people often perceived as being in peak physical and mental shape – are opening up about their own struggles with mental health. Even the GOAT Simone Biles took herself out of the women's gymnastics final because she was “fighting all of those demons.” Other athletes who’ve talked about their mental health challenges: tennis player Naomi Osaka, gymnast Sam Mikulak, swimmer Michael Phelps, figure skater Gracie Gold, shot putter Raven Saunders, and hurdlers Lolo Jones and Anna Cockrell, to name a few.

Talk to me about mental health.

There are a couple ways to define it. One way is that it’s basically an overall look at how you’re doing – emotionally, psychologically, and socially. Part of being mentally healthy is about proactively creating a positive environment for yourself, and fighting back against the stigma around it.

It’s a negative perception or stereotype. And it’s a pretty common problem. It can also affect whether people decide to get treatment. Stigma comes in two types…

How did the stigma start?

A lot of it comes from people not understanding what it means to struggle to maintain good mental health. And since people don’t always understand it, they might not feel comfortable talking about it. That’s why some people think it’s a taboo topic...and why it’s a vicious cycle. The good news: Millennials are apparently a lot more willing to talk about mental health than their parents or grandparents.

What causes people to struggle with their mental health?

Lots of things. Some factors are tied to genetics or personality traits. Others can be tied to your specific environment. Like how you’re treated at work or in social settings. There’s also your physical health and safety, your employment status, any discrimination you’re experiencing, or trauma you’ve gone through in the past. And studies like this one have said that social media may have something to do with it.

What are some things that might help my mental health?

“Mindful Meditation” isn’t  just a wellness buzzword. It  describes the practice of being present – meaning you’re aware of the moment you’re in and sinking into it – which can work wonders for mental well-being. Also important: getting 7-9 hours of sleep, practicing gratitude (aka acknowledging and being thankful for the good things in your life), eating nutritious foods, and getting some exercise.

And what if I do all of those?

The reality is, you still could face mental health challenges. And as we mentioned, there are Olympic athletes, with presumably balanced diets and plenty of exercise, who need mental health support. "We also have to focus on ourselves, because at the end of the day we're human, too," Biles said after she decided to withdraw from the gymnastics team final in Tokyo. As Osaka put it in an op-ed after sharing her own struggles with depression, “It has become apparent to me that literally everyone either suffers from issues related to their mental health or knows someone who does. The number of messages I received from such a vast cross section of people confirms that.” Endorphins can only go so far. But help is out there.

Not great. Millennials are reporting higher levels of mental health issues than older generations. Teens and college students are also experiencing rising rates of depression and anxiety. Women in particular are prone to things like depression and burnout.

What about mental health awareness?

Millennials have been called “the therapy generation.” That’s because they’re more likely to go to therapy and to talk openly about their mental health than people of older generations. In recent years, celebrities (see: Lady Gaga, Demi Lovato, Jameela Jamil, Prince Harry, and Kristen Bell) have encouraged conversation about mental health and stigma. And athletes have helped create some high-profile projects on the topic: Phelps’ documentary “The Weight of Gold” covers how he was suicidal after the Games and now focuses on his mental health daily, and Osaka’s self-titled docuseries out this month touches on how she’s struggled with her mental well-being.

How can I help myself and others?

If you’re struggling with mental health challenges, here are some tips…

Learning more about mental health can be a big step toward taking care of yourself. And ending the stigma around it for others, too. In Osaka’s words, “it’s O.K. to not be O.K., and it’s O.K. to talk about it. There are people who can help, and there is usually light at the end of any tunnel.”