Paid Parental Leave: Why the US Falls Behind | Skimm News | theSkimm 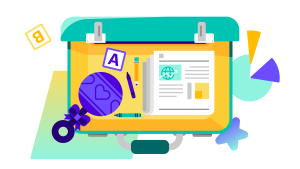 In 1986, there was a new bill on Capitol Hill: the Family and Medical Leave Act. The FMLA granted women and men 12 weeks of unpaid, job-protected leave to care for a new child, as well as to take care of themselves if they have a serious health condition. It passed in both the House and Senate but then-President George HW Bush vetoed it...twice. He said he supported parental leave, but only if it was voluntary. But in 1992 he ran for re-election against then-Arkansas Gov. Bill Clinton, who supported the FMLA. After Clinton won, it was the first piece of legislation he signed into law. The FMLA has some restrictions, like requiring employees to work for their employer for at least a year and at a company that has at least 50 employees.

Where do things stand now?

Paid family leave is still out of reach for many Americans. The United Nations has a global standard of 14 weeks of maternity leave and a requirement to pay new moms at least two-thirds of their salary – many countries have hit this standard. But that doesn’t include the US, which is the only developed country in the world that doesn’t offer paid parental leave.

That's the question everyone and their mother (and father) wants to know. We get into that, and the impact paid leave policies have on the economy and your health, in theSkimm app. Every week, the app goes deep on a different news topic to give you the context you need to understand what's going on in the world. Download the app now and you get the first week free.