Wealth Inequality: The Growing Gap in the US 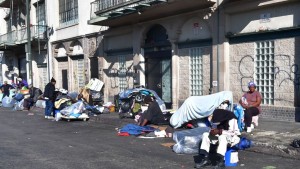 Annnnd why is that again?

Help me put that number in context please.

Cool cool. What about the economy? Isn’t it doing well?

There are a lot of different factors.

We get into the other factors, how inequality breaks down along racial lines, and its impact on everything from education to politics to health, in theSkimm app. Every week, the app goes deep on a different news topic to give you the context you need to understand what's going on in the world. Download the app now and you get the first week free.