10 Books You’re About to See All Over Insta 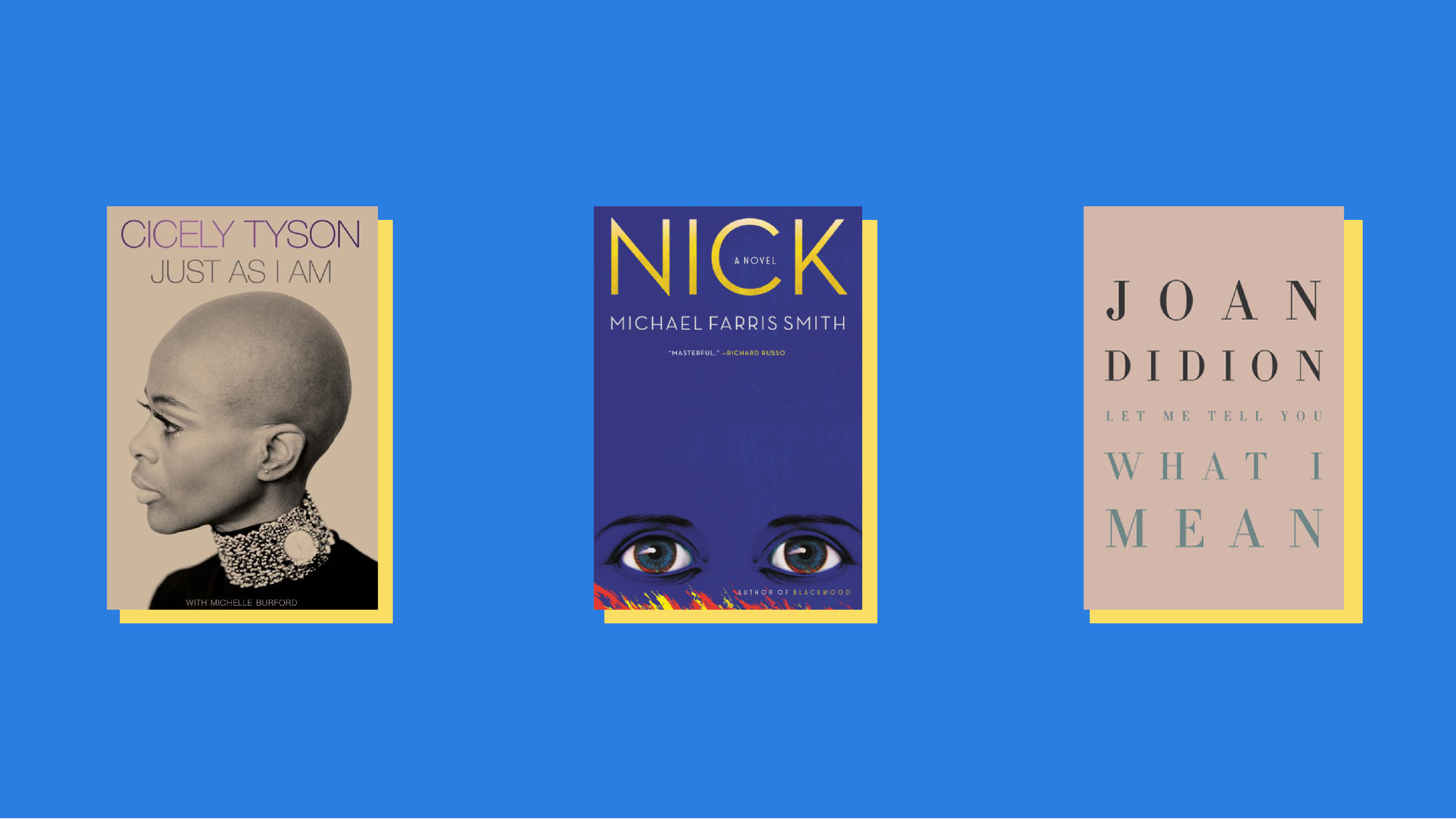 Raise your hand if you love to be ahead of the reading curve. Good news: we’re here to help you get there. We rounded up the books that are about to be big. Mark them as ‘want to read’ on Goodreads, get them ordered for your book clubs, and start reading asap. Boom, you’re a book influencer now.

“Let Me Tell You What I Mean,” by Joan Didion

For when you want some honest observations about the world...

Joan Didion to the rescue. Her wide-ranging essays cover the time she attended a Gamblers Anonymous meeting, her rejection from Stanford, and her thoughts on Hemingway, Nancy Reagan, Martha Stewart, and more. It’s compulsively readable and the perfect reminder of why we all love Didion so much. (Amazon, Bookshop)

For when you’re a ‘family over anything’ type of person...

This one’s about what happens when your friends become your fam. When Ames (who detransitioned) finds out his boss is pregnant with his baby, he proposes raising the child with his ex—a trans woman in NYC who desperately wants to be a mother. The trio becomes an unconventional family in this comedic and thoroughly modern novel. (Amazon, Bookshop)

“Just as I Am” by Cicely Tyson

For when you want to read about an icon...

Enter: Cicely Tyson. The legendary actress (who won three Emmys, a Tony, an honorary Oscar, and a Presidential Medal of Freedom) released her memoir last week—days before she died at age 96. In it, she reflects on her extraordinary life and career, covering how she broke into the industry, her complicated relationship with Miles Davis, and more. She called the book “my truth. It is me, plain and unvarnished, with the glitter and garland set aside.” May she rest in peace. (Amazon, Bookshop)

“The Push” by Ashley Audrain

For when you need a new thriller...

Push this one to the top of your list. An unreliable narrator with a traumatic history of family abuse becomes a mother. After giving birth, she questions whether her difficulties connecting to her daughter are due to her past, or because there's something more sinister going on. It's a chilling psychological look at the dark, uncomfortable parts of motherhood and a provocative page-turner. (Amazon, Bookshop)

For when your love language is watching home makeover shows...

Syd and Shea McGee’s newest book is your match. The duo behind one of our fave design accounts and Netflix’s “Dream Home Makeover” is out with their autobiography. The McGee’s give the inside story about building their brand, their work-life relationship, and the mistakes they made along the way. “Make Life Beautiful” is perfect for anyone who needs a little kick in the butt to go make their dreams happen.* (Amazon, Bookshop)

For when you’re looking for a good cry…

Get a copy of this moving memoir. Owusu, who was born in Tanzania to an Armenian American mother, and Ghanaian father who worked for the UN, spent her childhood living around the world. By two, her mother had abandoned her family. By 13, her father had died. And at 18, she moved to NYC and had already lived a full life as a surrogate parent to her siblings. Owusu chronicles these moments with stunning prose that reckons with memory, mental health, identity, trauma, and family upheaval. (Amazon, Bookshop)

“The Divines” by Ellie Eaton

For when you want a coming-of-age novel with a dark twist...

In this provocative novel, the past isn’t always as far away as you think. In it, a 30-something revists her elite English boarding school 15 years after it closed due to scandal. Alternating between current day LA and her time at the notorious all-girls school in the ‘90s, she reflects on her teenage years and the major violent secret that caused a scandal. (Amazon, Bookshop)

For when you want a book that’s as captivating as a movie...

Angie Thomas can help. The bestselling YA author just dropped the prequel to her smash hit and book-turned-film “The Hate U Give.”  It follows Maverick Carter, (aka the dad from “The Hate U Give") in Garden Heights, as a high school senior. To help his family make some extra money, Mav starts selling drugs on the side. But when he finds out he’s about to be a father, everything changes. It’s a brilliant exploration of race, masculinity, and the choices we make to support our families. (Amazon, Bookshop)

“Everybody (Else) Is Perfect” by Gabrielle Korn

For fans of “The Devil Wears Prada”...

Get this book...that’s all. Korn’s the former editor-in-chief of Nylon and is letting you in on a secret: everything in fashion is not as it seems. In this collection of confessional essays, she opens up about coming out, her time in the magazine industry, and her battle with anorexia. It’s perfect for anyone who wants searing honesty about women’s magazines, social media pressure, and the commodification of feminism. (Amazon, Bookshop)

For when you love a good twist on a classic...

How about a prequel to “The Great Gatsby.” “Nick” examines Nick Carraway’s life before he enters into Gatsby’s world in West Egg. It’s set during World War I and takes him on a journey through love, heartbreak, New Orleans, and Paris. It’s an enjoyable and compelling backstory for one of the most memorable narrators in literature. (Amazon, Bookshop)

PS: If you buy anything from this, theSkimm may get something in return. Oh, and if something’s out of stock, oops, it was there when we published. Thanks.