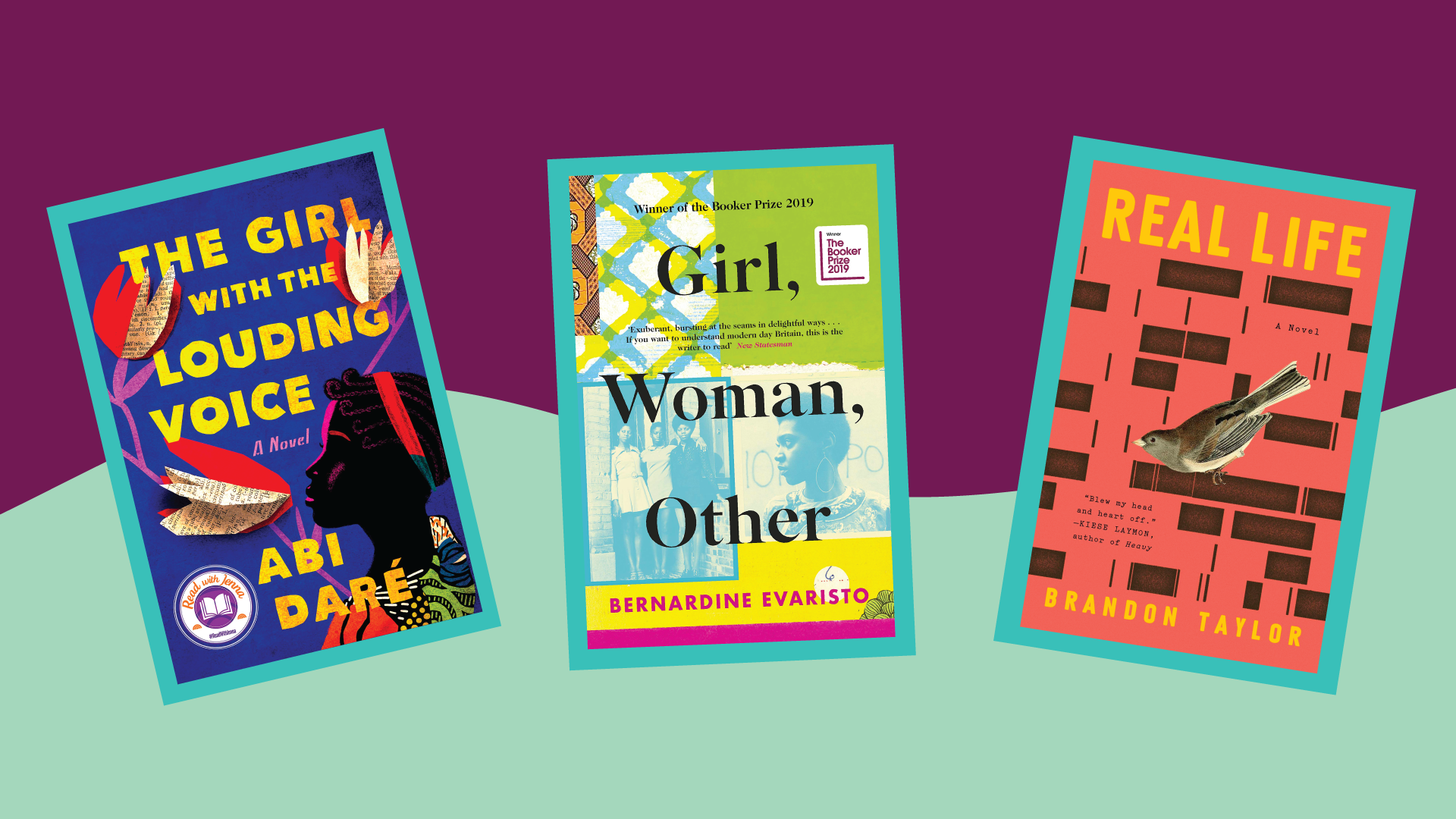 To celebrate Black History Month, we’re sharing some of our favorite books from authors of color from the past year. There’s literary fiction, memoirs, and more. Dig in...

For when you’ve always known what you wanted…

“The Girl with the Louding Voice” by Abi Daré

Here’s your match. Meet Adunni, a 14-year-old Nigerian girl, who’s forced into being the third wife for a man she doesn’t love. He wants her pregnant. But she yearns for something else—an education and the power to make her own life choices. With every action, her dreams seem to drift further away. We won’t spoil what happens for you but know this: it’s a story about trying to achieve your dreams in a place where systems and structures are in place to prevent them.

For when you love a book to screen adaptation...

“Notes from a Young Black Chef” by Kwame Onwuachi

The book’s always better. In this rags to riches story, Onwuachi chronicles his almost unbelievable journey from a former drug dealer with a troubled adolescence, to one of the most talked about chefs in the food world. His memoir has been repeatedly hailed by critics for its portrayal of what it's like to be a black chef in American today. It’s a sobering look at Onwuachi’s experiences—gangs, college expulsion, and racism, to a run on “Top Chef,” and stints at elite restaurants in NYC and DC. PS: it’s being turned into a movie and Lakeith Stanfield signed on to star in the A24 film. Chef’s kiss.

For when you wake up to too many texts from the group chat...

“Girl, Woman, Other” by Bernardine Evaristo

Lots to digest here. In this novel, there are twelve women and multiple generations—all on wildly different paths. There’s a teacher, an acclaimed playwright, an investment banker, a social media influencer, and more. The stories overlap as each chapter reveals something new about identity, sexuality, and class in Britain. This book made Evaristo the first black woman to win the Booker Prize (think: one of the most prestigious literary awards).

For your friend who has complicated feelings about college...

So did this character. This debut novel follows a deeply shy, gay black graduate student at a university in the Midwest. You’ll spend one weekend with the biochemistry student as he interrogates himself and faces complicated social interactions. It touches on all the big stuff: racism, loneliness, and trauma. PS: this one’s dropping Feb. 18, so pre-order is your move here.

This book is all about a sister-sister bond. It follows two twin sisters’ lives in Nigeria over the course of 20 years starting in the late ‘90s. Their ups and downs include family poverty, political strife, a bout with religion, loss of their family home, and more. The siblings are forced to chart their own paths and find a way through to survival. Abraham is an alum of the Iowa Writers’ Workshop (hi, Hannah Horvath) so you can bet on the writing being excellent.

Talk to them about this Sixth Man. Iguodala, who’s played on a number of teams in the NBA (most famously for the Golden State Warriors), is also known for his off-the-court tech ventures. In his writing debut, he covers his wins on and off the court, and sheds light on his experiences with race in America, mental health, and what it was like being the “most hated athlete in town.” It gets emotional and breaks the mold for what you think life as a professional athlete looks like.

For when you want to learn about life in public policy…

Here’s the inside scoop. Susan Rice, the former US ambassador to the UN and national security adviser to Barack Obama is speaking her truth. Her 500-page memoir is an account of her resilience, learnings, and foreign policy stories from her time in Washington. She writes about some of the biggest national security moments from her tenure like Benghazi, the US conflict with Syria, the Ebola Crisis, the rise of ISIS, Edward Snowden, and more. Plus it reads like a persuasive love letter to public service. If you’ve ever wondered what it’s like to work for the government...here's your answer.

For when you need career inspo…

“More Than Enough” by Elaine Welteroth

The trailblazing former magazine editor, social media influencer, and current “Project Runway” judge is here to help. Her debut memoir is about growing up biracial, being an underdog, and finding success. She chronicles her childhood in California and her super successful career, which she forged while being the only black woman in most of the rooms where it happens. She went on to become the youngest editor-in-chief at “Teen Vogue,” and the second ever African American person to hold the top title at Condé Nast.