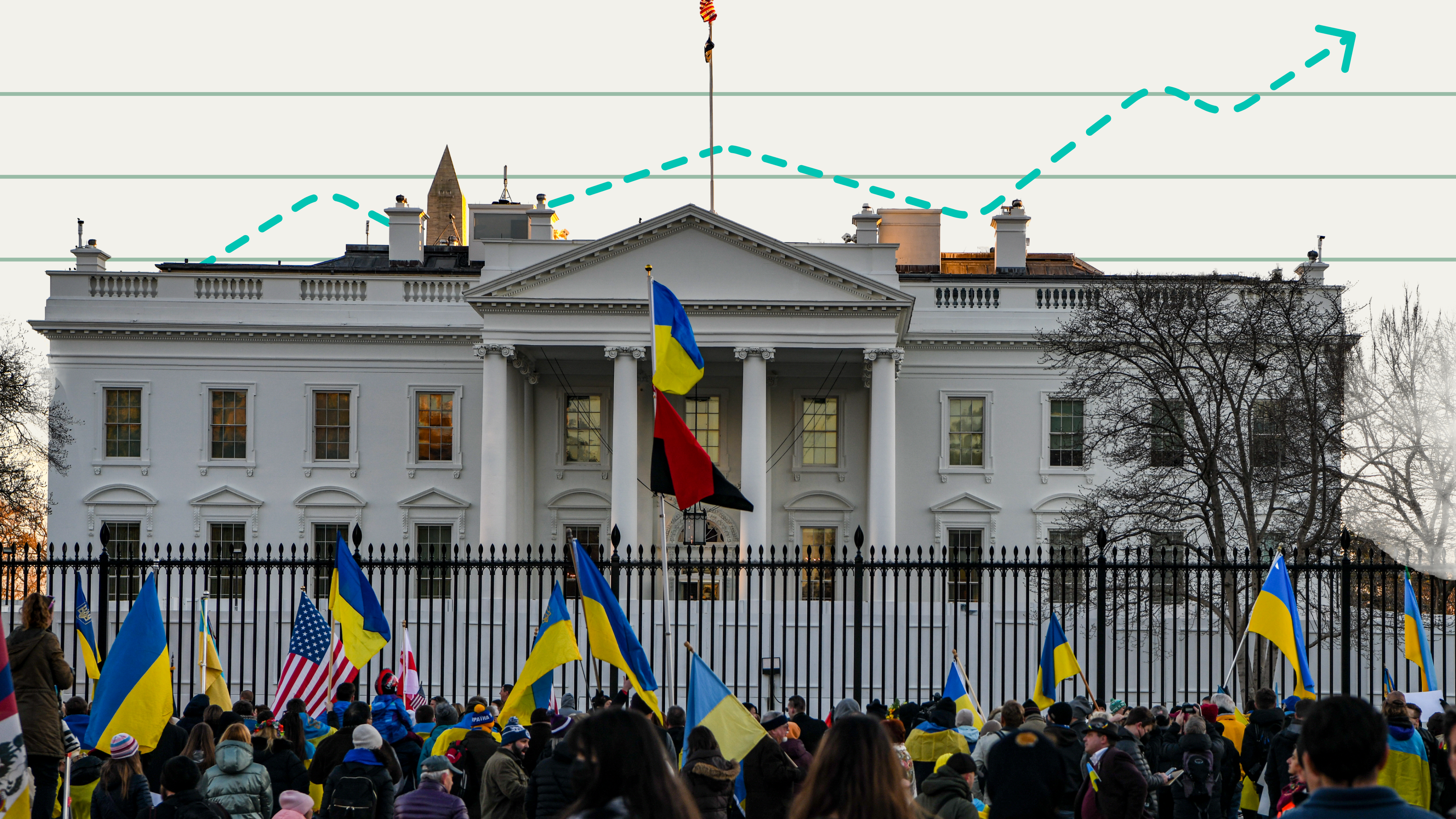 Russia’s invasion of Ukraine has sparked political, humanitarian, and economic crises across the world. And the economic fallout is already being felt in the US. Particularly at the gas pump and in the stock market. As the conflict continues, the US is bracing for disrupted supply chains and limited resources (think: wheat, oil, and natural gas), which could drive already-high inflation even higher. Here’s theSkimm on what that means for your wallet.

Then, amid accusations of war crimes in early April, the US announced another round of sanctions on Russia. Including against Russian President Vladimir Putin’s two adult daughters and the country’s largest financial institutions. US lawmakers also voted to revoke Russia’s “most favored nation” trade status and ban imports of its oil and other energy products.

Biden has said that these sanctions are designed to “maximize the long-term impact on Russia and to minimize the impact on the US and our allies.” But he’s also made it clear that standing up for freedom will come with a price as the conflict continues and the sanctions against Russia start having their intended effects— and start impacting global supply chains and causing resource shortages in the process.

How much will the Russian invasion cost the US economy? It depends, largely on how long the conflict continues and the broader effects that it has on the global economy.

Your move: There's no telling for sure what will happen. But you can take some steps to lessen the impact this geopolitical conflict could have on your money and, if you’re able, put some of your dollars toward helping others.

Russia’s invasion of Ukraine has already hit the world’s interconnected economy. And you might feel it in your wallet with higher prices at the pump, grocery store, and in your energy bills. It's a relatively small price to pay, considering Ukrainians are sacrificing everything to flee to safety or stay to fight for freedom. But you can minimize the effects of the conflict on your own money even more by making a few moves to protect your budget and portfolio.