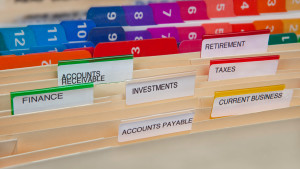 We Skimm'd more taxes topics for you...

Here’s how tax filing works: every year, you file taxes on what you made the year before. So this year, you’re filing 2017 taxes. The new GOP tax plan officially kicked off in January 2018 – so it’ll affect the 2018 taxes you’ll file next year.

What do I need to know for next year?

Mortgage: If you bought a house this year or plan to buy one soon, you’ll be able to write off up to $750,000 from the interest on your mortgage. The old tax plan let you deduct up to $1 million. But the old rule still applies if you bought a house before Dec 15, 2017.

Health care: Say goodbye to that tax penalty you have to pay if you don’t have health insurance. The Obamacare individual mandate goes away in 2019, so you won’t have to pay a fee when you file your 2019 taxes.

SALT: Not just what you put on food. Stands for state and local taxes on property, income, and sales. You can still deduct these kind of things when you file your taxes. But only up to $10,000. It’s a major blow to people living in states with high taxes (looking at you, NY and CA).

Child tax: For once the more kids you have, the merrier on your wallet. You can get up to a $2,000 tax credit for each kid that qualifies. That’s twice as much as the last tax plan.

Notice a bump in your paycheck recently? Most people are expected to get one. And you have that new tax plan to thank. That’s because it changes the tax brackets – aka how the gov decides how much to tax you based on your salary. So most people don’t have to cough up as much to the gov. But it’s not all rainbows and unicorns.

Paying less in taxes may mess up your withholdings – how much your employer takes out from your paycheck for federal taxes. The IRS has some new guidelines based on the new tax brackets. But if your employer doesn’t make the right changes for you, they may take out too much or too little. Meaning: you might have to pay The Man in 2019. Check in with your HR manager for more on that.

Student loans: Stay in school, kids. If you’re still paying off your loans, you can still take out up to $2,500 from the interest on your returns.

Depends. Supporters say this will help people get more cash in their wallets, so get pumped. Critics say these tax cuts could add a looot of money to the deficit. And even though you’re getting a tax cut now, it might not last.

Times they are a changin’. Now you know what those changes look like so there aren’t any surprises when you sit down to file next year. Get to it.*

*PS: This is an affiliate partner, which means if you buy anything, theSkimm may get some cash money. Thanks.