How Can You Prepare for a Potential Recession? Economy Experts Weigh In 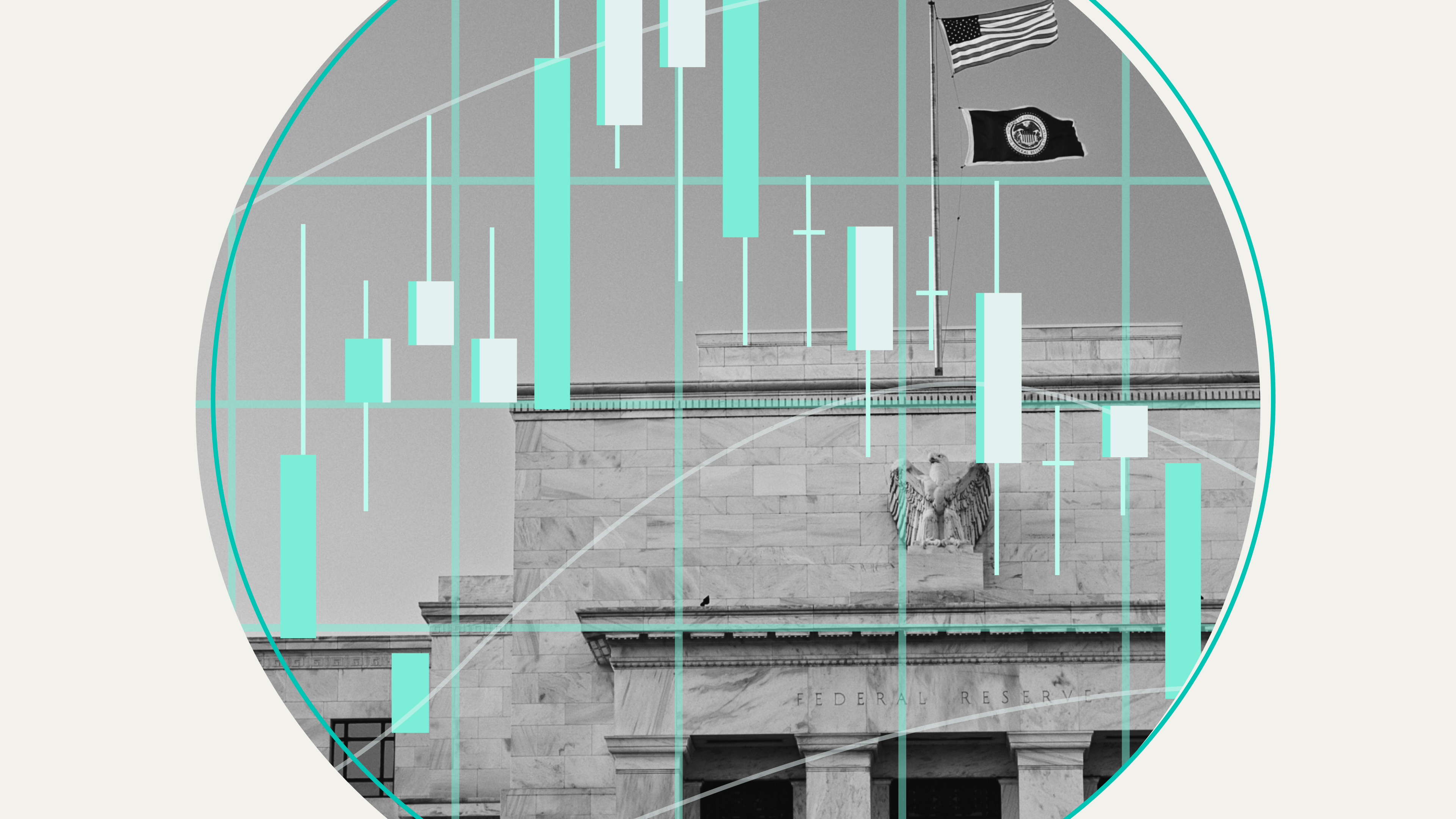 It’s been a tough year on your money. Inflation is probably stretching your dollars beyond their limit. Especially if you’re filling up your car’s gas tank, shopping for groceries, or trying to take a post-pandemic vacay. And signs of a possible recession have some consumers and financial pros feeling extra skittish.

But remember, not all recessions are the same. And if we’ve learned anything from these past few years, it’s to expect the unexpected. To gain some perspective on the current state of the economy, we tapped a team of experts to find out when the US could potentially enter a recession and how to prepare accordingly.

Note: Experts’ answers have been edited for length and clarity.

When could the US enter a recession?

Predicting when a recession might happen is like trying to nail down the release date of a new Rihanna album. We’re pretty sure it’s going to happen at some point, we’re just not sure when.

Claudia Sahm, the founder of Stay-At-Home Macro Consulting and a former Federal Reserve economist, notes that recessions aren’t supposed to be predictable. And some factors (say, a global pandemic or a major war) can add to the risk of an economic downturn.

“The chances of a recession are higher now than say they were in 2019,” explains Sahm. The ongoing pandemic plus Putin invading Ukraine added enough chaos to the economy that a recession feels more likely than it did three years ago. “When I look at what's happening in the world right now, I think the most likely scenario is that we avoid a recession — or experience a relatively mild recession,” says Sahm.

Historically, the US economy has moved in cycles, with recessions occurring every few years after sustained periods of economic growth. But Kathryn Edwards, an economist at RAND Corporation reminds us that “the US could always enter a recession, as any number of shocks, or large disruptions, could hit various parts of our economy.” In July 2019, the US set a record for the longest period of economic expansion in history, growing for over 10 years. Then the pandemic hit. “It was totally unexpected and created a short but severe recession in 2020,” says Edwards.

*Gestures at everything.* As much as we want to leave the pandemic behind, we’re still living through it. See: Continued supply chain disruptions, a reduction in the labor force, and general uncertainty — which are all factors that have all contributed to record-high inflation.

The Fed’s role in all of this is to bring down inflation, but their tools to do that (hi, rate hikes) aren’t foolproof. Because higher rates mean it’s more expensive to borrow money and businesses, in turn, slow their growth by scaling back on hiring or even by laying off employees. “In the past, when we have had high inflation, it has been difficult for policymakers to get it under control without people losing their jobs,” explains Sahm.

While some factors — such as low unemployment and strong consumer spending — are helping cool recession fears, they’re up against pretty massive and unprecedented challenges.

“I think it’s safe to say that the US economy has not experienced a confluence of shocks like we’ve seen over the last two and a half years in a very long time, if ever,” says Kristina Sargent, an assistant professor of economics at Middlebury College. “The uncertainty this generates is, I think, the main risk factor for a recession in the near future,” she adds. “Policymakers have not had to react to shocks of this particular nature and combination in modern policy settings, so it’s not clear what the optimal policy should be.”

While policymakers — like the Fed — are tasked with keeping the economy in good shape, consumers play a major role too. And panicking over a recession is not it. Sahm points out that fear of recession can actually increase its likelihood. “If you scream ‘we have a recession!’ and then people massively cut back on spending. Well, guess what? We’ve got a recession,” she explains.

That’s not to say you should keep spending — which could get more challenging according to Mallika Pung, an economics lecturer at Rice University — just for the sake of keeping the economy strong. “As consumers and producers adjust to deteriorating purchasing power and rising costs, we may start to see aggregate demand destruction leading to a decline in job creation and a recession,” says Pung.

While it’s prudent to take steps to protect your finances from a possible recession (more on that later), if consumers take it too far, it can hurt the economy. Boosting your savings by cutting back on spending is a good idea in case you lose your job, but “these actions make it more likely that the economy could enter a recession since that decreased spending is foregone income for someone else,” says Sargent.

What could make this potential recession different from past slowdowns?

By definition, certain symptoms usually appear when we’re heading for a recession: high unemployment, low production, and a slowed economy. But the COVID-19 pandemic changed the playbook, inspiring people to reconsider how they want to spend their time (hi, Great Resignation) and money (bye, streaming; hello, travel).

So while the Fed can work to tame inflation by making it more expensive to borrow money, their power is limited. “The limit to what the Fed can do for inflation means that: one, either inflation will stay high, or two, they will have to bring demand down a lot to bring down inflation,” explains Edwards. “The latter is synonymous with a (likely severe) recession. We don’t know what’s going to happen.”

Additionally, the uncertainty of both the pandemic and the war in Ukraine is making the Fed’s job even harder. “Our usual tools and mechanisms may not apply in this context,” says Sargent.

Should I be worried about my job?

Somewhat. High unemployment is one of the hallmarks of a recession, but certain industries or jobs might be at a higher risk for cuts. “Most people, in a recession, do not lose their jobs,” says Sahm. “But the number of people who lose their jobs goes up.”

And job loss can have devastating impacts beyond lost income. “Job losses are accompanied by a loss in employer-provided health insurance and this leads to an increase in the number of uninsured in the economy,” explains Pung. “Those closer to retirement may see a drop in the value of their retirement savings due to the stock market tumble, which in turn may lead them to delay retirement.”

Even those who don’t lose their jobs could see reduced hours worked or income as companies do their own recession-proofing by skipping bonuses and raises. And don’t forget your family — or whoever’s money impacts you. “Most people’s financial networks are not one-person,” Edwards highlights. “A financial blow to their parents, siblings, or grandparents could affect them, even if they are otherwise fine.” (Hi, sandwich generation.)

How can I prepare for a potential recession?

It’s always a good idea to make sure your emergency fund is ready to go, just in case. “The perfect plan for job loss is having six months of living expenses saved,” says Edwards. “But that’s not a reasonable plan and probably not something you could pull off in the near term.” Meaning, stack what you can now, but don’t stress about hitting that six-months-worth-of-expenses mark.

Plus, there are other steps that can help you prep — and may cost you nothing. Like making sure you’re ready to hunt for your next job if you have to. Pung recommends adding some bullets to the skills section of your resume. “Always continue to grow and learn skills that are in high demand in your industry,” she advises. “Evolve with the industry and make yourself indispensable to your firm. This will help with job security and with job search were you to find yourself in the unfortunate position of being laid off.”

Bonus points if you were impacted by one of the last major recessions and already have some insight into the situation. Were you laid off when the pandemic started? Did your family home face foreclosure in the mid-aughts? Sahm recommends imagining what you would do differently and thinking about what you would say to your past self if you could give them a heads-up. Many of the actions you can take (think: diversifying your portfolio) won’t hurt if a recession doesn’t happen after all. Hint: It’s better to be prepared.

Don’t panic. If a recession is coming, you can’t prevent it. What you can do is put yourself in the best situation possible for the worst of outcomes. Stack your savings and secure your job as much as you can. Recession or not, Future You will be grateful.