Crypto Has Become an Unlikely Weapon in the Russia-Ukraine War 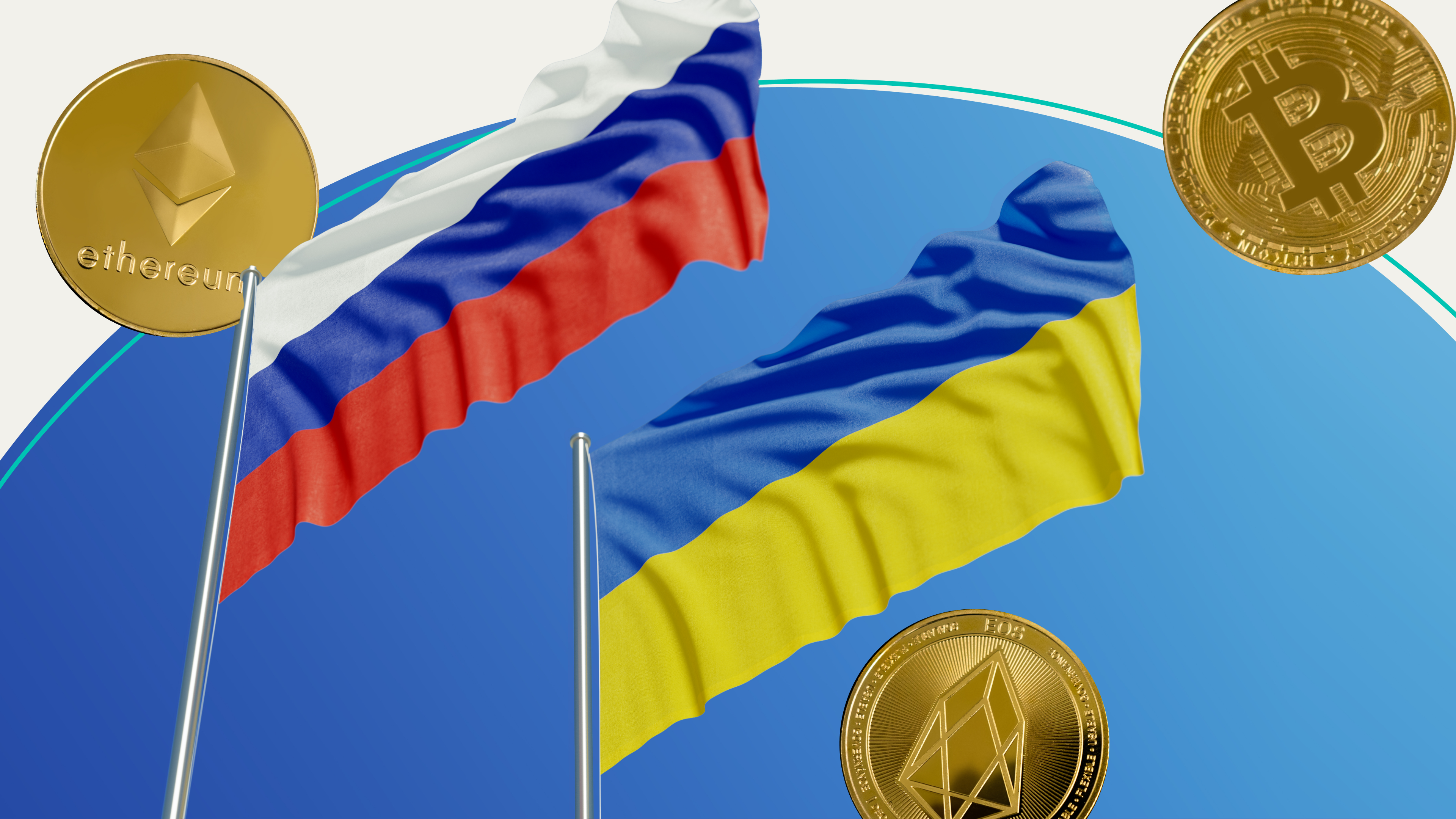 Both Russia and Ukraine embraced crypto before the war began. According to one report, about 13% of Ukrainians own crypto, while approximately 12% of Russians do, making the citizens of the Russia-Ukraine conflict the two leading crypto-owning nations in the world. And as the war continues to take shape, crypto is taking a leading role.

After Russia invaded Ukraine, the international banking system quickly closed in on Russia. Various countries, including the US and the EU, banned transactions with Russia’s central bank, hurting President Vladimir Putin’s $630 billion war chest. And this week, the US, EU, UK, and Canada blocked select Russian banks from SWIFT.

Cue Russia’s ruble falling to its lowest level ever against the U.S. dollar. And enter cryptocurrency, which, after an initial drop, is surging in popularity and value as the Russia-Ukraine conflict continues to escalate. Bitcoin jumped more than 10% when the US Treasury imposed new sanctions on Russia.

Given Russia’s limited options for moving money (see sanctions and SWIFT), crypto could be a safe-haven alternative for the country to conduct cross-border payments. And some suggest that Russia could turn to cryptocurrencies, which are not controlled by any central bank or government, to circumvent international sanctions.

The infrastructure for illicit activity is already there. 75% of the world’s darknet transactions occur on Hydra, a Russian darknet platform that uses cryptocurrency. And the world's largest crypto exchange Binance is not planning on blocking Russian accounts other than those affected by sanctions.

Mykhailo Fedorov, the vice prime minister and minister of digital transformation of Ukraine, called for crypto donations to the Ukrainian government, a first for an elected politician. (He simply posted the wallet addresses of four popular cryptocurrencies on Twitter.) And crypto investors have sent over $50 million worth of cryptocurrency to the Ukrainian government.

Some industry leaders believe that crypto’s instant, secure, and relatively anonymous system could help Ukrainians as they flee, hide, and fight during the ongoing conflict. On the other hand, it’s a somewhat impractical method for managing money during these turbulent times. Because, in order to receive and make use of crypto, you need internet and a working device.

How has the war affected the value of crypto?

Badly, at first. Bitcoin crashed on the first day of Russia’s invasion, dropping to its lowest level in a month. But once the US and other countries imposed economic sanctions against Russia, Bitcoin’s price surged well past the initial drop. In the wake of the invasion, the daily trading volume of Russians exchanging rubles for Bitcoins rose over 200% at one point. And on the Ukrainian side, the trading volume of the country’s currency hryvnia being swapped for crypto more than tripled, according to data from CryptoCompare.

So should I buy and donate crypto? Is that safe?

Just like any charity donation, you’ll want to do your due diligence first. Before completing a transaction, ask yourself: Where is the crypto truly going and what is it being used for?

There are crypto-native organizations, like The Giving Block, that can help trace donations. They follow transactions on the blockchain to vet charities and check if your crypto arrives in the right place.

If you’re interested in donating crypto, first, you’ll need to buy cryptocurrency using fiat currency, aka government-issued money like the US dollar. Which you can do on a crypto exchange (Think: Coinbase, Crypto.com, Binance). To send (or, in this case, donate) crypto, you’ll need the wallet address of the recipient, which will look like a long line of code. Always verify the address before you hit ‘send.’

Russians are turning to crypto as a safe haven to store value while their own currency, the ruble, collapses under international sanctions. For Ukrainians, the appeal is in crypto’s immediacy and relative stability compared to the hryvnia, as foreign donations can be solicited and received in seconds.

However, don’t expect crypto to stay unregulated forever. The White House is calling on crypto exchanges to ban Russian wallets from trading. For now, Bitcoin may well be the world’s “conflict currency.” But don’t be surprised when more governments declare war on crypto.