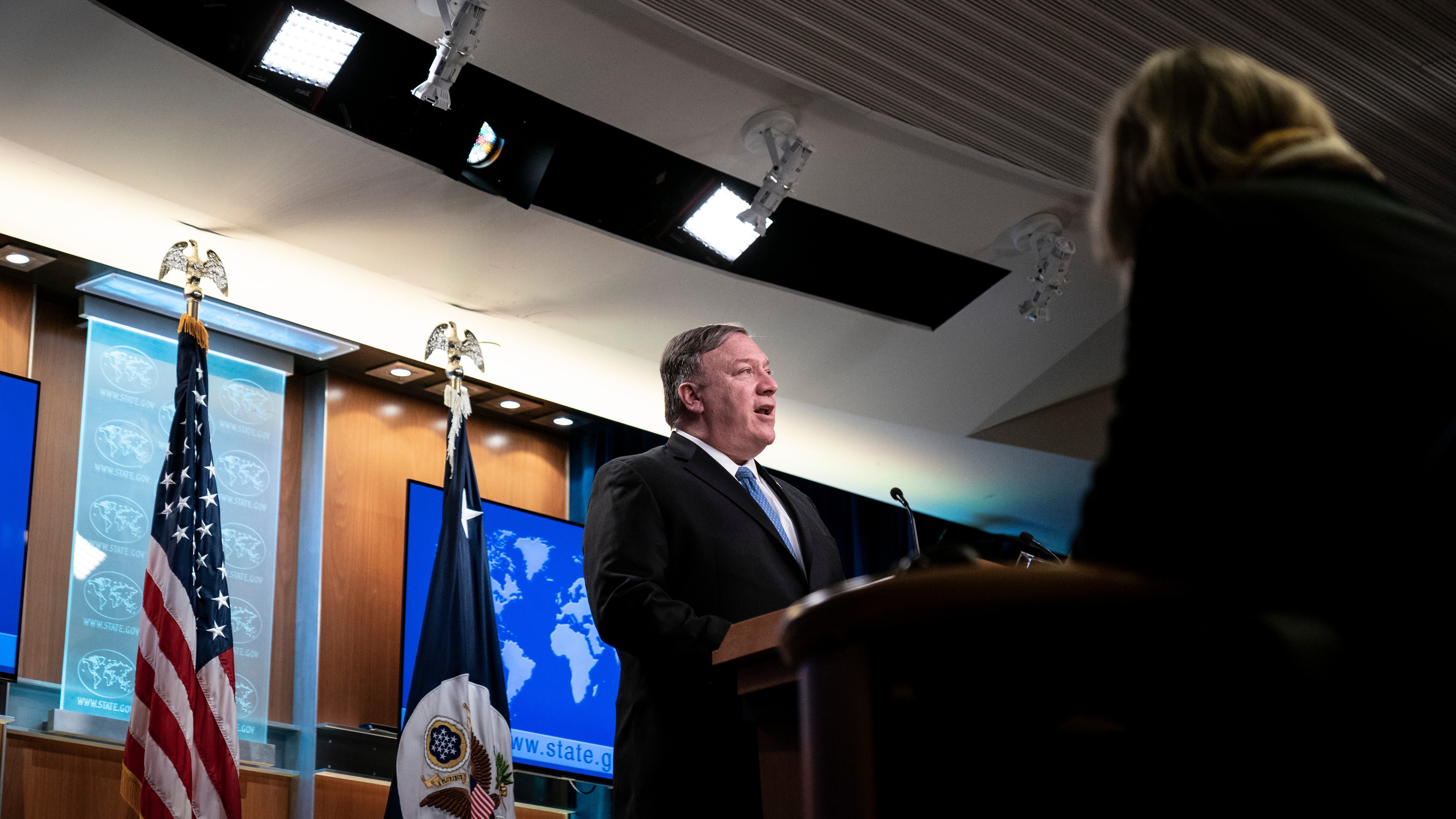 I know I should know this, but just so I can say it out loud...Mueller?

As in Mull-er. Not Bueller.

I mean, I knew that.

So...moving on. Here's what we know: the nearly 400-page report includes the findings from special counsel Robert Mueller, who was hired in 2017 to look into Russian interference in the 2016 US election. And whether the Trump campaign was involved.

Didn't we already learn that the answer to that was 'no'?

Yes, according to Attorney General William Barr. Last month, he gave a four-page summary of Mueller's findings. He said there was no conspiracy between Russia and Trump's team. And that Mueller was 'meh' on whether President Trump obstructed justice. But considering that Barr is a Trump appointee, many Democrats wanted to see the full report for themselves. Now we're getting that...sort of.

Because a lot of the report (it's not clear how much) may be crossed out to protect things like grand jury material – which prosecutors aren't allowed to make public. Or material that could compromise national security (think: details on FBI informants). Also, info related to ongoing investigations, including ones that may have spun off from Mueller's. But don't worry: this report will be color-coded, so you'll know why certain sections are missing.

Helpful. So what can we expect to find?

A couple things. We might find out what case Mueller made for or against obstruction charges. And whether Trump knew about offers from Russians to help his campaign. Or just more details about the people who got caught up in this web.

You sold me. When can we see it?

After this report is released, can we expect the Trump-Russia talk to end?

Probably not. House Democrats may hone in on details from the report – or how it was handled – to carry out further investigations against Trump or Barr. And they still might subpoena the full report (no redactions included). Meanwhile, Barr wants to investigate how the FBI started its investigation and whether there was inappropriate surveillance of the Trump campaign. He says the DOJ will release a report on that in the next few months.

This investigation divided the country for almost two years. And this report was supposed to finally provide some answers. But with much of the report expected to be redacted, it's possible it may only raise more questions.

What to say when you're still practicing how to say Mueller...

Here's something new for you to learn: "the three stooges of socialism." Yesterday, the US announced restrictions and sanctions on Cuba, Venezuela, and Nicaragua. The Trump admin isn't a fan of these left-wing governments, and has accused them of trampling on human rights and freedoms. Especially Venezuela's Nicolás Maduro, whose socialist gov has overseen a major economic crisis that's led to things like hyperinflation, food and medicine shortages, and millions fleeing. While the US and dozens of other countries side with opposition leader Juan Guaidó as interim president, Cuba and Nicaragua support Maduro. Now Trump is hitting "the three stooges" where it hurts to put economic pressure on these regimes and potentially even topple them.

$: What's money got to do with it? Here's how unrest in Venezuela can affect your gas prices.

Time to crack down. Yesterday, federal prosecutors said they charged dozens involved in an illegal opioid prescription scheme. Opioid overdoses kill about 130 Americans every day – more than 47,000 Americans in 2017 alone. This latest crackdown targets 60 people (including dozens of doctors) across multiple states who were tied to 350,000 illegal prescriptions (think: more than 32 million pills). Some doctors are accused of trading drugs for sex. Most of those allegedly involved are from states that have been hit especially hard by the epidemic (like Kentucky, Ohio, and West Virginia). Officials said it was the largest crackdown on drug prescribers to date.

My mind is blown. Here's more news that'll do the same: scientists restored some brain activity in dead pigs. Feel free to read it again, it doesn't get less weird. Though the pigs weren't able to regain consciousness, it's showing how little we may know about brain injuries or brain death – and this could lead to treatments for things like Alzheimer's or strokes. It's also raising ethical questions around animal welfare and organ donations. Think that story's crazy? These other scientists are saying 'hold our beer.' They found the universe's first molecule. If this sounds like an episode of "The Big Bang Theory," you're not wrong. The Big Bang that happened billions of years ago produced the universe's first molecules. Scientists believed the molecules were out there – and were able to create the molecule in a lab – but had trouble finding one in space. Now they have. You go, Glen Science Coco.

What to say to your architect friends…

France is calling. The country is launching a worldwide competition for people to redesign the Notre Dame Cathedral spire after this week's fire. Vive la France.