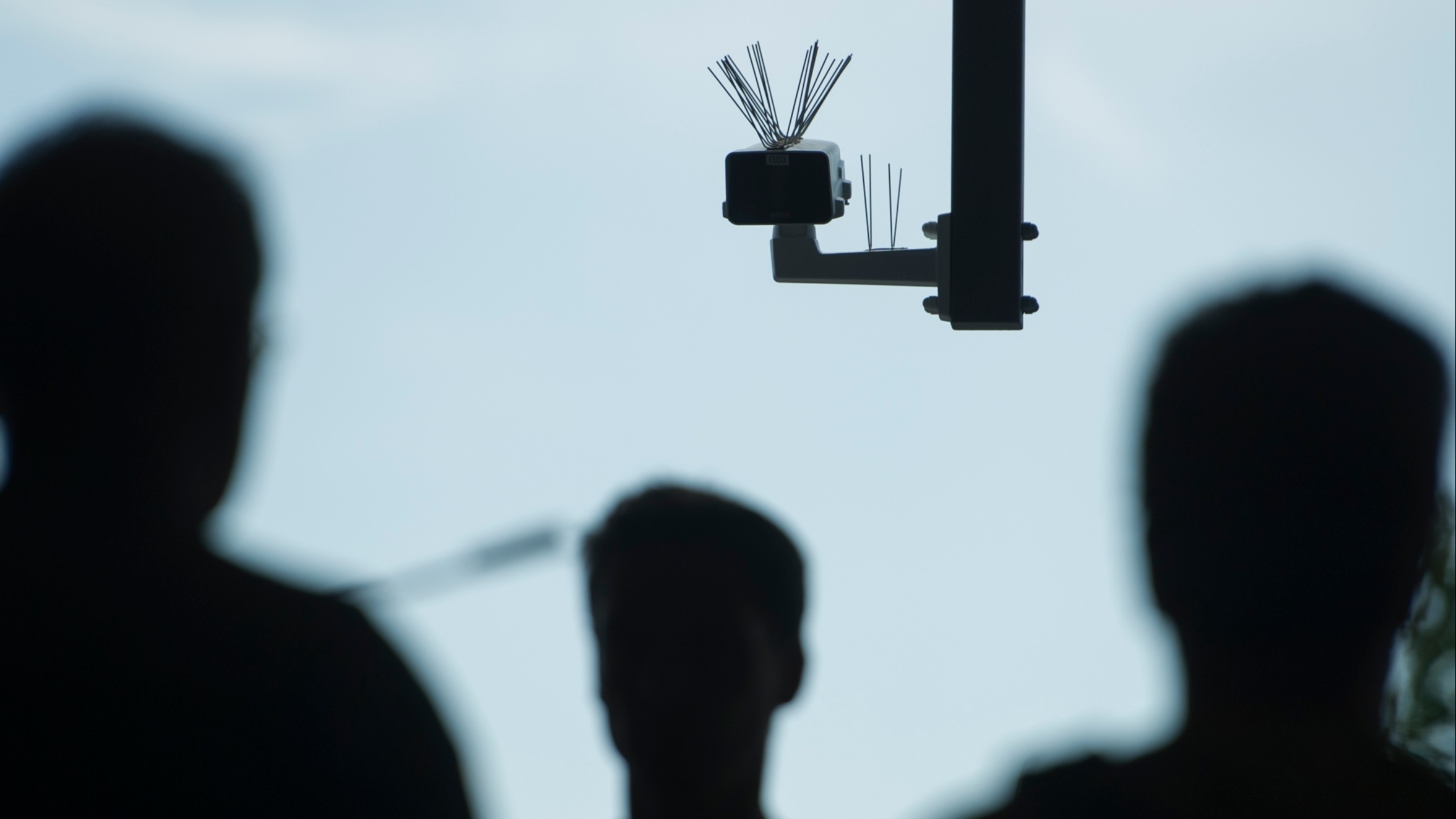 Meet, facial recognition. It’s tech used to identify people and could be used in security systems for crowded places (think: malls, airports, schools). Aka “Minority Report” IRL. The tech is already being used by some law enforcement agencies across the country – supporters say it helps police find suspects accused of everything from petty to violent crime. But researchers have pointed out that the tech can be flawed and reflect racial biases (see: this). There are also concerns over how accurate the tech is and how it could threaten things like privacy and even free speech.

I have a few red flags.

You’re not alone. Last year, Microsoft said it wants Congress to start regulating it because it thinks the tech could get out of hand. And Amazon shareholders are pressuring the company to stop selling facial recognition tech to the gov. Last month, San Francisco became the first major city to ban the use of facial recognition technology by police and other local agencies. Other cities are considering doing the same. Now, lawmakers are saying ‘let’s take a look.’

At my face? Or the tech?

The tech. The House Committee on Oversight and Reform has been holding hearings with reps from the government agencies that use the tech. Yesterday, we learned that the FBI has access to around 640 million photos it can search through (think: driver’s licenses, passports, mugshots) – reportedly making it one of the largest facial recognition databases. Lawmakers aren’t happy. They want agencies to follow a handful of recommendations from 2016 related to protecting privacy and improving accuracy of the tech. And agency reps will be summoned in the next two months to see if any progress has been made.

Lawmakers on both sides of the aisle have been calling for regulation of the tech industry for a while now. So this follows a trend. This week alone the gov stepped up its oversight – and some companies could face investigations over antitrust issues (hi Apple, Amazon, and Google). Facial recognition is just the latest example of lawmakers wanting to keep a closer eye on technology.

Who’s rolling out the welcome mat…

The House. Yesterday, House Democrats and seven Republicans passed a bill that would provide legal protection for more than 2 million people in the US. That includes a pathway to citizenship for Dreamers – young undocumented immigrants brought to the US illegally as children. It would also provide permanent residency to some people who have fled to the US because of natural or man-made disasters in their country. Unlike previous immigration bills, this one didn’t include any efforts to increase border security.

Virginia. Yesterday, Gov. Ralph Northam (D) called for a special legislative session this summer to vote on gun control after last week’s Virginia Beach shooting that killed 12 people. Northam’s bills include a proposal for universal background checks and banning silencers and some magazines. The goal: get state lawmakers on the record about these issues, rather than bills getting blocked in subcommittee meetings.

Florida. Yesterday, the former sheriff’s deputy who stood outside Marjory Stoneman Douglas High School during last year’s shooting was charged with multiple counts of child neglect and negligence. A Florida Department of Law Enforcement investigation that led to the charges found that he “did absolutely nothing to mitigate” the shooting that killed 17 people.

What’s got three letters and is suiting up…

The FDA. For years, it’s wanted to crack down on clinics pitching stem cells as a way to treat everything from Parkinson’s to heart disease. The reason: it’s not proven that stem cell treatments are safe…or effective. Example A: Three women in Florida were left blind after having stem cells injected into their eyeballs. The FDA took legal action. This week, a judge said ‘FDAgree with you.’ And that the agency should have more oversight over places marketing stem cell treatments. Next up: the FDA is looking at similar legal action against clinics in California.

Where your grandparents won’t be stopping on their cruise…

Cuba. The Trump administration’s cracking down on cruises, yachts, and private planes going there. The admin says it’s because Cuba is supporting governments on the US’s sh*t list, like Venezuela and Nicaragua. Your heart will go on…another cruise, sorry.

Skimm This: Our daily podcast dives into the US’s complex history with Cuba.

Who’s trying to be a hero…

Canadian Prime Minister Justin Trudeau. ICYMI, the Trump administration has been cutting aid to organizations abroad that provide or support abortions. Yesterday, Trudeau said ‘not I’ and announced that Canada would provide about $1 billion a year starting in 2023 to support women and girls’ access to health services – including abortions – worldwide.

When the life of Carrie Bradshaw gets you down…

Skimm This. Our daily news podcast talks about a new petition making the rounds in Japan. The point of contention: high heels. We’ll explain.