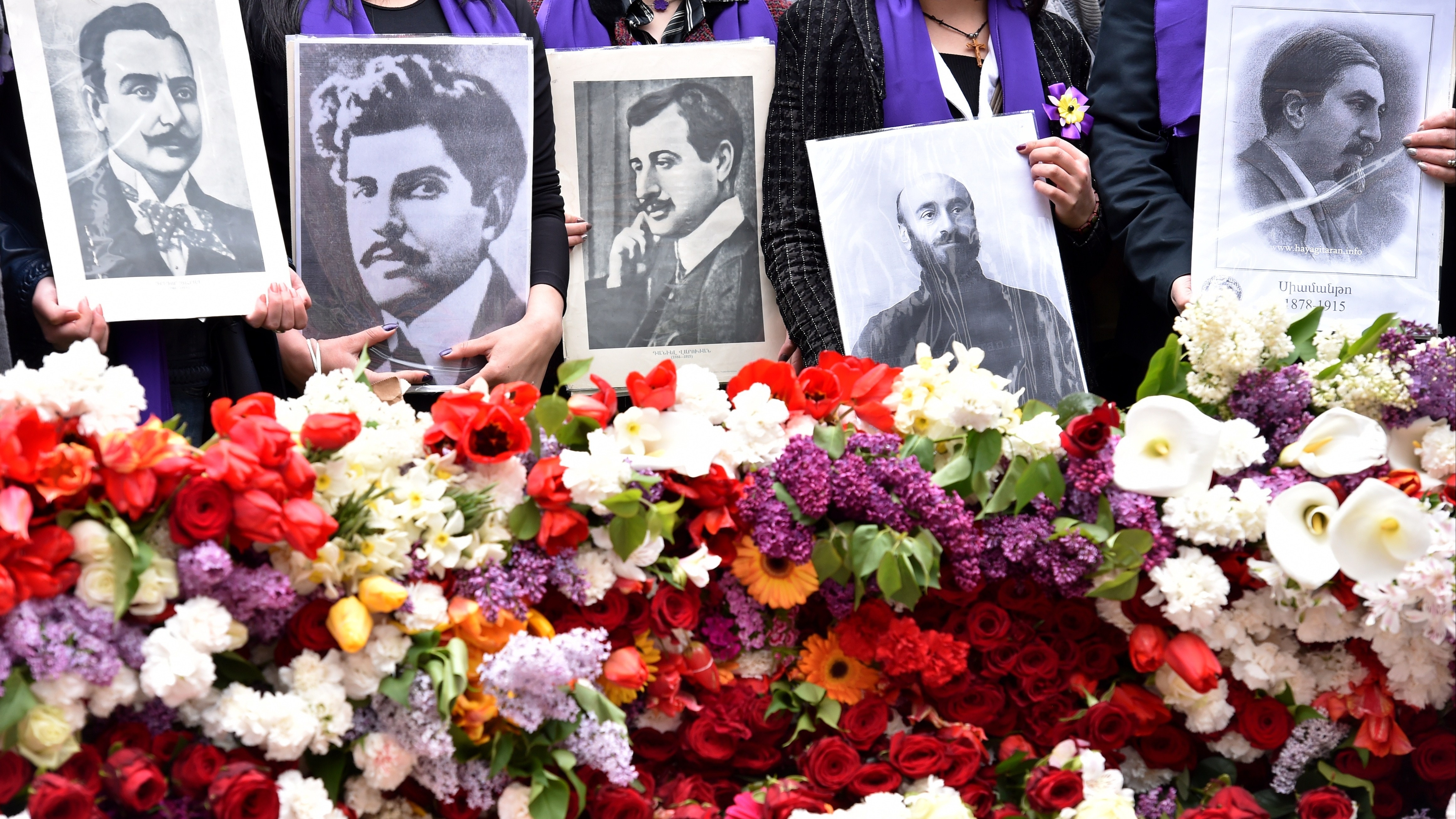 Turkey is lashing out after US lawmakers formally acknowledged the Armenian genocide.

Around the turn of the 20th century, the Ottoman Empire was crumbling. Religious minorities – including some Christians – started to rebel, and many were the subject of attacks. When the Ottomans sided with the Germans during World War I, many of them distrusted the loyalty of the Christian Armenians in the east, some of whom collaborated with the Russians.

Mass killings. On April 24, 1915, hundreds of Armenian intellectuals were rounded up and ultimately executed. Others were also deported to places like Syria, and many starved to death or were killed while making the trek. In all, an estimated 1.5 million Armenians were killed. It was widely believed to be the first genocide of the 20th century. But to date, the US has been hesitant to call it that.

Turkey (aka the Ottoman Empire's successor) doesn't take lightly to acknowledgement of the genocide. It admits that Armenians were killed during World War I, but rejects that this was a systematic effort. It has also disputed the number of people killed (though historians stand by the figure). It's been a crime in Turkey to even bring up what happened to the Armenians.

And the US defers to Turkey's narrative...why exactly?

It's a NATO ally. And it's played a key role in US operations in the Middle East, including the fight against ISIS. So for years the gov hasn't been willing to call the genocide by its name – though lawmakers in the House have voted for it, as far back as the 1970s. Now, with Turkey's recent offensive against the US's Kurdish allies in Syria, there was enough bipartisan support in the House to get it passed again.

I can't imagine Turkey is happy.

It's not: it dismissed the move as an insult and says this will damage the US-Turkey relationship.

This is a major move by a chamber of Congress to acknowledge the Armenian genocide, more than a century after it happened and after several countries have already done so. It's unclear if the Trump admin will follow the House's lead. Still, many see it as recognition of a genocide that has harmed and impacted Armenians around the world.

Skimm This: Our recent podcast ep explains what this resolution means and goes into the background of the Armenian genocide.

What's not getting retweeted…

Political ads. Yesterday, Twitter said it's banning them from its platform. This is seen as a big step as tech companies try to prevent the spread of misinformation online. It's also seen as a complete 180 from Facebook's policy on political ads: that it'll keep running them, even if the ads include info that isn't true. Twitter's rules will apply to political ads around the world, but it'll make some exceptions (think: voter participation ads). The changes will take effect next month.

…Oh and speaking of things getting blocked, there's Deadspin. The site's owner told the staff to "stick to sports." That didn't end well.

What's dressing up as Edward Scissorhands this Halloween…

The Federal Reserve. Yesterday, it cut interest rates for the third time this year. The goal: give the US economy a boost amid a global economic slowdown. But the Fed also hinted that it'll likely slow its roll with cuts in the near future. That's because issues that led to previous cuts – like the US-China trade war and Brexit – seem to be on the mend.

…Oh and speaking of costumes, Fiat Chrysler and PSA are going as a couple this year. Today, the two announced they were merging to create the world's fourth largest automaker.

$: What's your money got to do with it? Here's how lower interest rates can affect your wallet.

What's in water that just keeps getting hotter and hotter…

Juul. The e-cigarette company is being accused of selling at least 1 million tainted nicotine pods. Earlier this week, a former exec sued the company for allegedly firing him after he raised flags about the "contaminated" pods. The company called the allegations "baseless." All this comes amid a vaping crisis that has been tied to hundreds of illnesses and 34 deaths across the US.

Who'll have "We Are The Champions" on repeat all weekend...

The Washington Nationals. Last night, they beat the Houston Astros in Game 7 of the World Series. It's the Nats' first title in franchise history. And say 'hey, pitcher, pitcher' to the new World Series MVP: pitcher Stephen Strasburg.

Skimm More: Missed Game 7? Download theSkimm App and start your free trial so it doesn't happen again. Our calendar syncs with yours so you have a heads up when big events are going down.

Whose Halloween costume was on par with this kid's...

The Carters, er, the Wilsons.