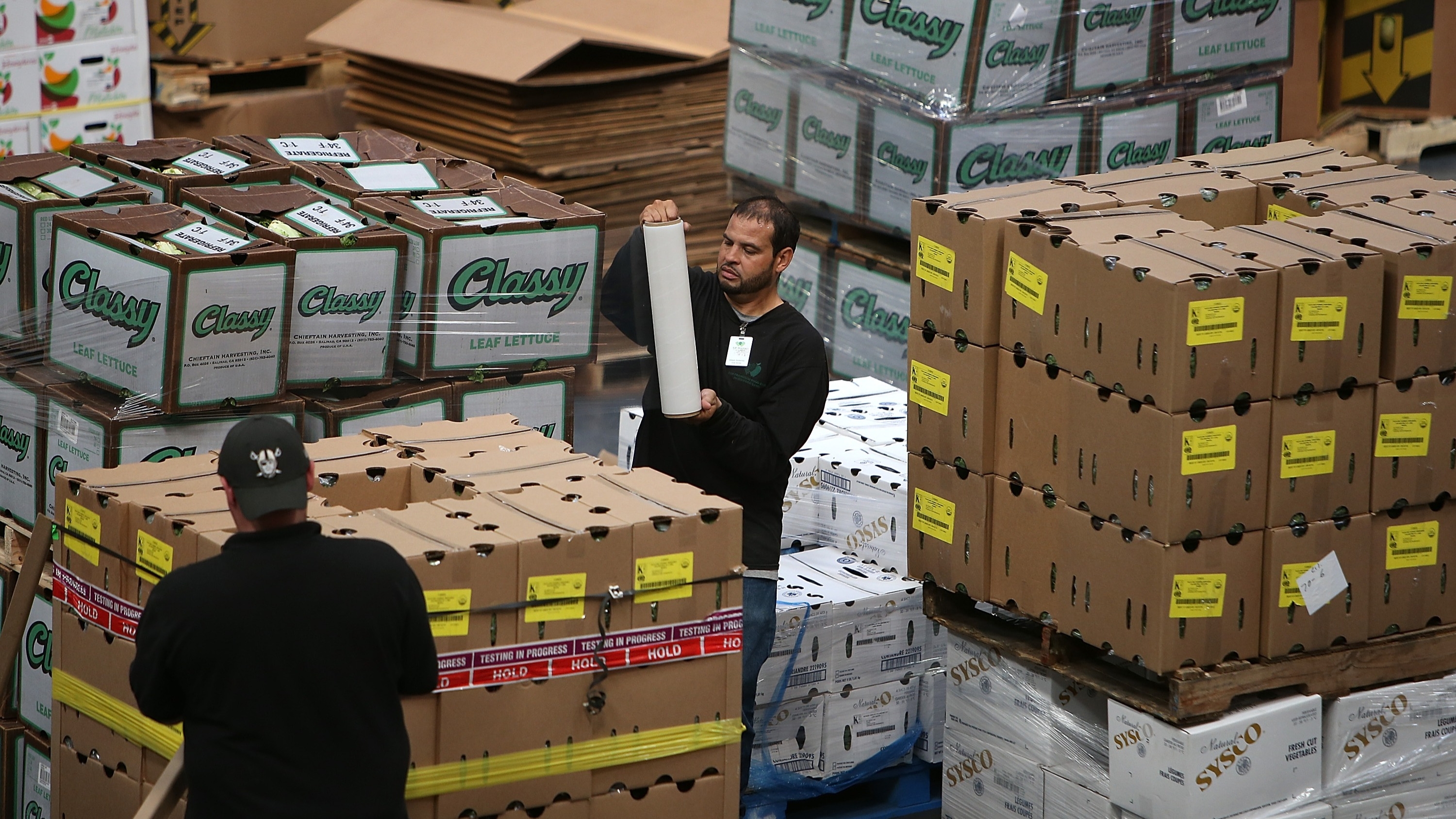 Hundreds of thousands of people could soon lose access to food stamps.

Yesterday, the Trump admin finalized a rule that tightens work requirements for people who have access to Supplemental Nutrition Assistance Program benefits (SNAP). It's a federal program that provides food assistance to more than 36 million people. If the admin's rule goes into effect, close to 700,000 people could no longer be eligible.

The rule is about 18- to 49-year-olds who are considered to be able-bodied adults without children or other people to care for. Technically, they already have to work 20 hours a week for several months to qualify for food stamps. But states have been able to waive that requirement for areas struggling with high unemployment.

Crack down on those waivers. As of right now, 36 states use them. But the rule – set to take effect in April – would only let states waive the requirement in areas where unemployment is above 6%. (For context: national unemployment was last estimated at 3.6%.) The admin says this will save the government billions and promote self-sufficiency. Critics say it'll hurt those who are already struggling.

This isn't the only edit the Trump admin has tried to make to SNAP (see: this and this). But lawmakers have rejected the expansion of work requirements in the past. Now the admin seems to be taking matters into its own hands

Hospitals are suing the Trump admin over a new rule.

Last month, the Trump admin said it would require them to be more transparent with their prices. Meaning, they'd would have to reveal the discounts they negotiated with insurance companies for services like X-rays and surgery.

Got it. Now what?

Yesterday, hospital groups filed a lawsuit to block that rule. They say disclosing this type of info interferes with contract confidentiality. But the Trump admin has said that this will help patients find better (read: lower) prices for the services they need.

The Trump admin's rule – set to take effect in 2021 – was praised by both sides of the aisle for trying to tackle rising costs of health care. Now, this lawsuit threatens to push back that start date – and to keep millions of Americans in the dark about how their health care bills are negotiated.

Psst...here's what hospital price transparency could mean for you wallet.

George Zimmerman. Yesterday, the man who shot and killed Trayvon Martin – an unarmed black teen – filed a lawsuit against the teen's family and others for $100 million. Back in 2013, Zimmerman was acquitted on all charges after saying he shot Martin in self-defense – sparking nationwide protests. Now, Zimmerman claims he's the victim of malicious prosecution, defamation, and conspiracy. The Martin family's attorney called the lawsuit a "shameless attempt to profit off the lives and grief of others.

Who's phoning a lawyer friend...

The House Judiciary Committee. Yesterday, it heard testimonies from four legal scholars on whether President Trump's actions with Ukraine met the constitutional grounds for impeachment. The consensus: three ayes, one nay. The three witnesses called by Dems said Trump may have met the threshold for high crimes and misdemeanors and bribery. But the Republicans' chosen witness advised against fast-tracking this impeachment process, arguing there's not enough evidence. The committee has yet to confirm its next move, but Dems seemed to hint that they could bring articles of impeachment against Trump as early as next week.

Skimm This: Our latest podcast ep explains why yesterday's hearing felt a little like law school

Where things have been put on hold...

France. Today, the country is planning a mass strike. In another blow to French President Emmanuel Macron (see: the yellow vest protests), this strike is over his proposed changes to the country's retirement system. Much of the public sector is expected to join, which will heavily affect the country's transportation system – a majority of the Paris railway is closed and some flights have been canceled.

Samoa. Today, the Pacific island nation is expected to shut down its public services for two days to combat a measles outbreak. Samoa is home to just 200,000 people and has low vaccination rates. The outbreak has killed 60 people and infected thousands since October. In order to prevent further spreading of the virus, schools have been closed. And unvaccinated people have been asked to hang red flags outside their homes to help guide teams who provide vaccinations.

What your gynecologist will be talking about…

This study. It says that the frequent use of permanent hair dye and chemical hair straighteners can lead to an increased risk of developing breast cancer.

Who's fighting against single-use plastic...