Daily Skimm: COVID-19: Money Problems, Wisconsin, and Pandas Getting their Mojo Back 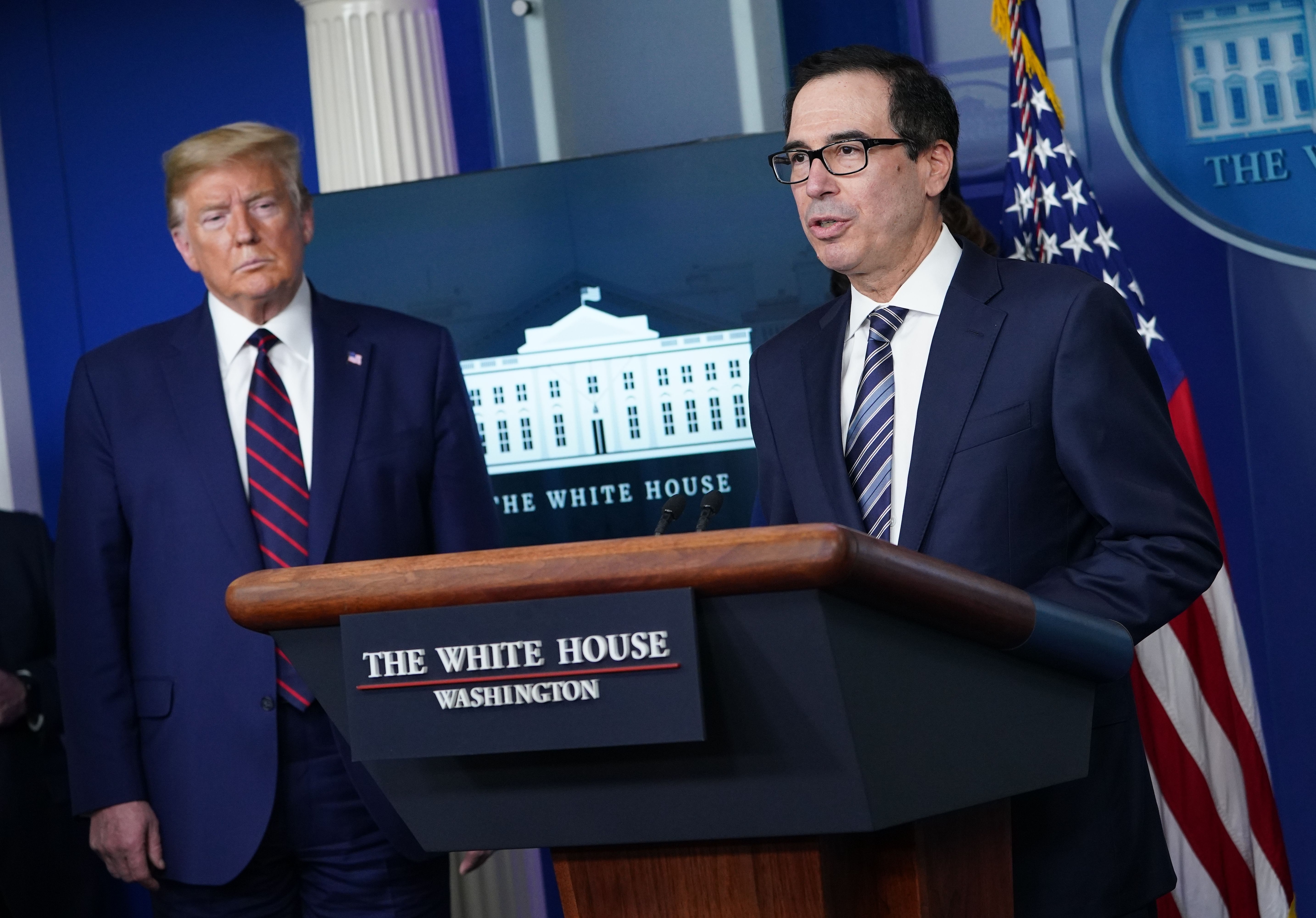 Some small businesses aren't getting the help they need.

Small businesses are especially vulnerable when it comes to coronavirus shutdowns and stay-at-home orders. Without customers bringing in foot traffic, businesses are struggling to pay rent, keep their employees, and stay afloat. So last month, the government signed a historic stimulus package that included $349 billion meant to help with exactly that. The program offers loans that don't need to be paid back if the money is used for things like paying employee salaries and benefits.

Technical issues, among other things. Since its launch last week, the program's electronic system has been overwhelmed because of high demand. And businesses applying said they had a hard time navigating the program. But the problem is more widespread.

The people handing the money out (think: lenders) said they need more guidance. Specifically, help deciding who actually meets requirements for these loans. Some banks don't even have the forms necessary to finalize the loans – and are trying to make their own. But it turns out DIY forms can add to the confusion. While banks and the federal gov try to figure their sh*t out, businesses are left scrambling.

Lawmakers are stepping back in to try to help. And are working with Treasury Secretary Steven Mnuchin to provide an additional $250 billion. Senate Majority Leader Mitch McConnell (R-KY) said he wants to vote on it as soon as tomorrow, adding that Congress needs to move fast before the program runs dry. Speaking of running dry...

There are a couple of goodbyes in order. First up, the Pentagon's acting inspector general who President Trump booted yesterday. The IG was supposed to oversee the admin's management of the stimulus bill...until he wasn't. The president didn't give a reason for the removal, but critics say it's intended to block out independent oversight on how the money is spent. Then there's acting Navy Secretary Thomas Modly.

He's the guy who fired the captain of the USS Theodore Roosevelt last week. Reminder: that captain had asked Navy officials to better address the coronavirus outbreak on his ship. Yesterday, Modly resigned after getting heat for criticizing the captain. But that's not all: White House Press Secretary Stephanie Grisham is also out. Doesn't ring a bell? That's because she never held a press briefing.

Small businesses make up 44% of economic activity in the US – and employ about half of all the country's private-sector workers. Whether you own a small business, work for one, or spend money at one, we all have a vested interest in their success.

Skimm More: The stimulus bill helps more than just small businesses. Find out if you qualify for help here.

It's not entirely surprising: earlier studies found that other respiratory illnesses (like the 2002-2003 SARS epidemic) had higher death tolls in areas of China with higher pollution levels. But this study focused on the US...and COVID-19. It looked at over 3,000 US counties. And found that places with more pollution (think: more cars, oil refineries, power plants), are seeing deadlier cases of the virus. According to the research, even a tiny increase in pollution could mean a 15% increase in the death rate. And more than 200 New Yorkers could still be alive today if pollution levels were even marginally better.

Where voters were asked to make a big decision...

Wisconsin. Yesterday, the state held in-person voting for its primary election. This came after a failed last-minute attempt to delay the election, and despite a stay-at-home order put in place for the coronavirus pandemic. As a result, voters were left with the choice of exercising their civic duty or risking their health. Thousands of voters turned out yesterday, with many having to wait in line for hours. And although the National Guard was sent to help staff at polling places, there was a shortage of stations. Residents of Milwaukee – the state's largest city – only had the option of voting at five polling stations versus the typical 180.

Where things are easing up…

China. Yesterday, the country reopened Wuhan – the city where the coronavirus was first discovered – after more than two months of lockdown. The city of 11 million people had about two-thirds of China's more than 80,000 known COVID-19 cases. While more than 90% of businesses are back up and running, Wuhan officials are still urging people to stay home as much as possible, and schools are closed. A government-sanctioned phone app is tracking residents' recent travels and medical histories as a way to monitor the risk of spread. For some, this is a sign that life can return to some sense of normalcy. But others are cautious about a potential second wave of infections.

India. Yesterday, the country approved some exports of hydroxychloroquine – the antimalarial drug that President Trump has suggested will help treat the coronavirus. India is one of the world's largest producers of the drug. And had put an export ban on it to preserve stock for its own citizens. But Trump threatened "retaliation" if India didn't ease up and export the drug. Now, India is saying 'we hear ya' and that it'll provide the drug to nations that have been "badly affected." But didn't clarify which countries that applied to.

What we're trying to adopt this year...