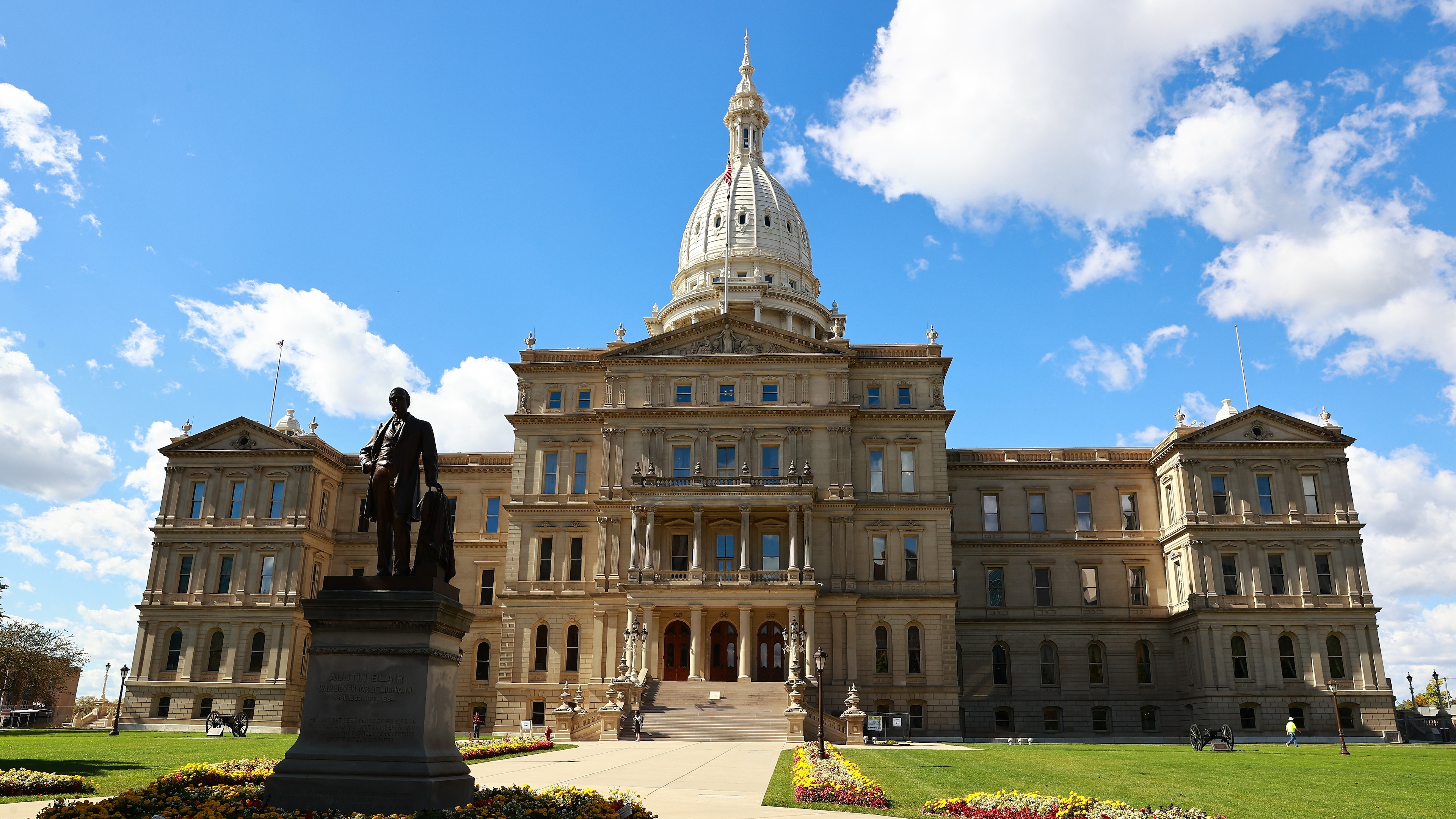 The FBI foiled a plot to kidnap a US governor.

Did I read that correctly?

You did. Yesterday, federal officials said six men were arrested and charged with conspiring to kidnap Michigan Gov. Gretchen Whitmer (D). And another seven men – linked to a militia group called Wolverine Watchmen – face state charges for allegedly trying to target police, attack the Capitol building in Lansing, and instigate a "civil war." The FBI caught on early and stopped them. Now, the men charged in the kidnapping plot face life in prison.

And what was the plot exactly?

According to the FBI, the men allegedly took part in firearms training and combat drills over the summer. They also met in secret several times (including in a basement accessed through a trap door) to discuss their plans. The FBI said one of the men purchased a Taser and others were planning to buy explosives this week. Some also allegedly surveilled Whitmer's vacation home and detonated an explosive device wrapped in shrapnel as a test. They had planned to kidnap the governor and try her for "treason." And some of the men suggested killing her.

I'm speechless. Is she ok?

Whitmer said she knew her job as governor would be hard, but she "never could have imagined anything like this." As a Democratic leader in a purple state, she's been praised by the left for her swift response to COVID-19 but has also been criticized by the Republican-controlled Legislature and conservatives in the state. Especially by right-wing groups who've denounced her strict coronavirus restrictions (think: statewide mask mandates and stay-at-home orders). And she's no stranger to being threatened.

Whitmer's faced online threats, and back in May, armed protesters charged the state capitol because of her policies. At the time, President Trump seemingly encouraged the protests tweeting, "LIBERATE MICHIGAN!" Authorities haven't said if the men charged were inspired by Trump. But yesterday, Whitmer denounced the president's actions (and words). She called him out for refusing to condemn white supremacists, and for "stoking distrust and fomenting anger." Trump responded, saying he doesn't tolerate violence, but that Whitmer has "done a terrible job." Meanwhile, Whitmer thanked law enforcement and the FBI for keeping her safe and called for unity, reminding everyone that "we are not one another's enemy. The virus is our enemy."

Anti-government and violent extremist groups are a growing concern in the US – a country that's already facing a contentious election. And with just 25 days until Nov 3, many are echoing Gov. Whitmer's calls for unity.

The presidential debates. Yesterday, the Commission on Presidential Debates said the next showdown between President Trump and former VP Joe Biden would be virtual to protect "the health and safety of all involved." That's because of the president's coronavirus diagnosis and the lack of transparency surrounding his health. Trump called the decision "ridiculous" and bowed out. Instead of turning on Zoom, he wants the next debate to take place on October 22 – the date of the previously scheduled third (and final) debate. Now, it's unclear if the two will get the chance to battle it out a third time – something the Trump campaign wants but has Biden saying 'you don't get to rewrite the cal.' Here's a quick recap in case you're just as lost as we are:

...Oh and speaking of schedules, President Trump could be out and about this weekend – with approval from his doctor.

Hurricane Delta. Today, the Cat 3 storm is expected to make landfall along the Gulf Coast – bringing a potential life-threatening storm surge, damaging winds, and flooding. Delta hit Mexico's Yucatán Peninsula earlier this week, knocking out power and damaging buildings. Louisiana and Alabama declared states of emergency in anticipation of the storm – the sixth one to take aim at the Gulf Coast in the last several months. Experts say these more frequent and dangerous hurricanes are part of a larger trend caused by global warming.

The World Food Program. Today, the UN agency won the Nobel Peace Prize for its efforts to combat hunger and food insecurity around the world. Last year, the WFP provided help to nearly 100 million people in 88 countries. The Nobel Committee said war, armed conflict, and the coronavirus pandemic have led to an increase in global food insecurity. And called on governments to help the WFP and other orgs as the world faces a worsening "hunger crisis." The WFP said the award was a "powerful reminder" that peace and zero hunger go hand-in-hand.

Louise Glück. Yesterday, the American poet was awarded the Nobel Prize in Literature. Glück has published 12 poetry collections on topics like family life and growing older. In 1993, she won the Pulitzer Prize for "The Wild Iris." And a decade later, she was named the US's poet laureate. The committee called her work "candid and uncompromising." She said the prize was a "great honor."

Megan Thee Stallion's. Yesterday, rapper Tory Lanez was charged with assaulting the artist with a firearm. The Los Angeles DA's office said that Lanez shot her in the foot during an argument over the summer. Lanez hasn't commented on the charges. If convicted, he faces more than 22 years in prison.

What could be making a comeback...