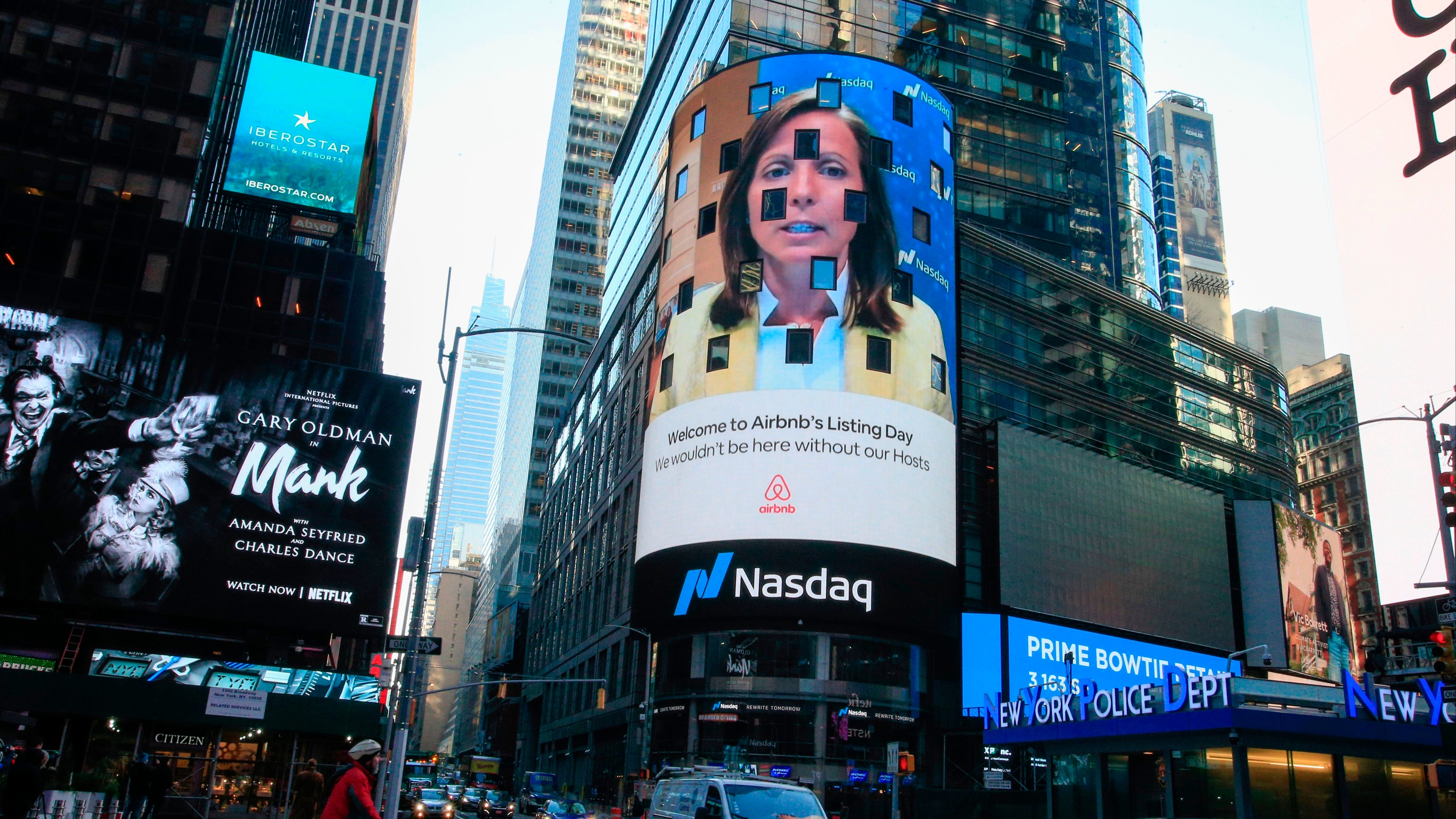 Yesterday, the San Francisco-based company's stock had its IPO, allowing anyone to buy company stock. The travel industry, like many others, has taken a hit during the pandemic. And Airbnb wasn't exempt. As movement slowed amid lockdowns, the company's revenue dropped. In May, it said it was cutting about a quarter of its workforce. Still, Airbnb isn't just like a regular hotel. It's a cool hotel. Sort of.

Designed for longer stays, the company was able to gain more ground over hotels, even as both lost revenue. That's because travel is still happening, but often for longer periods, and to smaller towns where hotels don't necessarily have a big slice of the market. (That quarantine before seeing family? It needed to happen somewhere.) Enter, Airbnb's more flexible business model. And its ability to IPO amid a pandemic.

The company opened at $146 per share, indicating a valuation of more than $100 billion – more than the combined worth of Hilton, Marriott, and InterContinental Hotels Group. It's the latest – and biggest – tech IPO to come out amid a year and economy that's been anything but concrete.

And what does it tell us about other industries?

Nothing much...yet. But its valuation may speak to public confidence that travel is one of those industries with pent-up demand that could bounce back quickly after a vaccine. (Other industries include live music and restaurants.) It also speaks to the importance of adaptability as the pandemic accelerates disruption in everything from retail to entertainment. In Airbnb's case, it's the hotel industry that's under a microscope. But the company's IPO comes the same week DoorDash's soaring IPO highlighted another disruption, this time to food delivery.

It will be months before the dust settles and the full scale of disruption to pre-pandemic life is clear. But in an economy with rising unemployment and an anticipated slowdown to GDP, Airbnb's IPO shows confidence that the economy – like humanity as a whole – can adapt.

What's one step closer to approval...

Pfizer and BioNTech. Yesterday, the FDA's advisory panel recommended approving the COVID-19 vaccine for emergency use. This was in "science court," where the panel reviewed data on everything from possible allergic reactions to its safety in young people. Next up: the FDA is expected to approve the vaccines for distribution as early as today. Meaning, states could get vaccines and distribute them to health care workers and the elderly as soon as this weekend.

Israel and Morocco. Yesterday, the two countries reached a deal to normalize diplomatic relations – the fourth Arab-Israeli agreement this year, after the UAE, Bahrain, and Sudan. Morocco has had informal ties with Israel for years, with tens of thousands of Israelis traveling to the country. But now, the deal – brokered by the Trump admin – will lead to the reopening of liaison offices, direct flights, and more economic cooperation. Gaining Israel recognition in the Arab world is one of President Trump's top foreign policy accomplishments. But Palestinians say the recognition reduces international pressure on Israel for it to provide concessions in any peace talks.

Texas. Earlier this week, President Trump filed a motion to join a lawsuit in the Supreme Court aiming to overturn the presidential election results. On Tuesday, Texas Attorney General Ken Paxton (R) filed a suit alleging that Pennsylvania, Wisconsin, Georgia, and Michigan's expansion of mail-in voting was an illegal change of voting procedures amid the pandemic. Fast forward to now, and 17 state AGs have also joined the suit. The four states being sued have dismissed the suit as meritless, with one state calling it an "abuse of the judicial process." The Supreme Court could decide on whether it's hearing the case as soon as today.

Brandon Bernard. Yesterday, the Justice Department executed the 40-year-old Black man for his role in a 1999 robbery that resulted in two murders – a crime that took place when he was 18 years old. Bernard was the youngest person executed by the federal government, based on his age when the crime was committed, in nearly 70 years. The victims' family said they were finally able to get closure and that they waited decades for "justice to finally be served," but Bernard's death was decried by thousands. And came as the Trump admin races to move ahead with executions amid the presidential transition. Among his last words, Bernard apologized to the family of the victims, saying he wishes he "could take it all back."

Who's Keeping Up With Disney…

When someone asks about your weekend plans...