Daily Skimm: The COVID-19 Vaccine Race, the ICC on China, and a Record NBA Deal 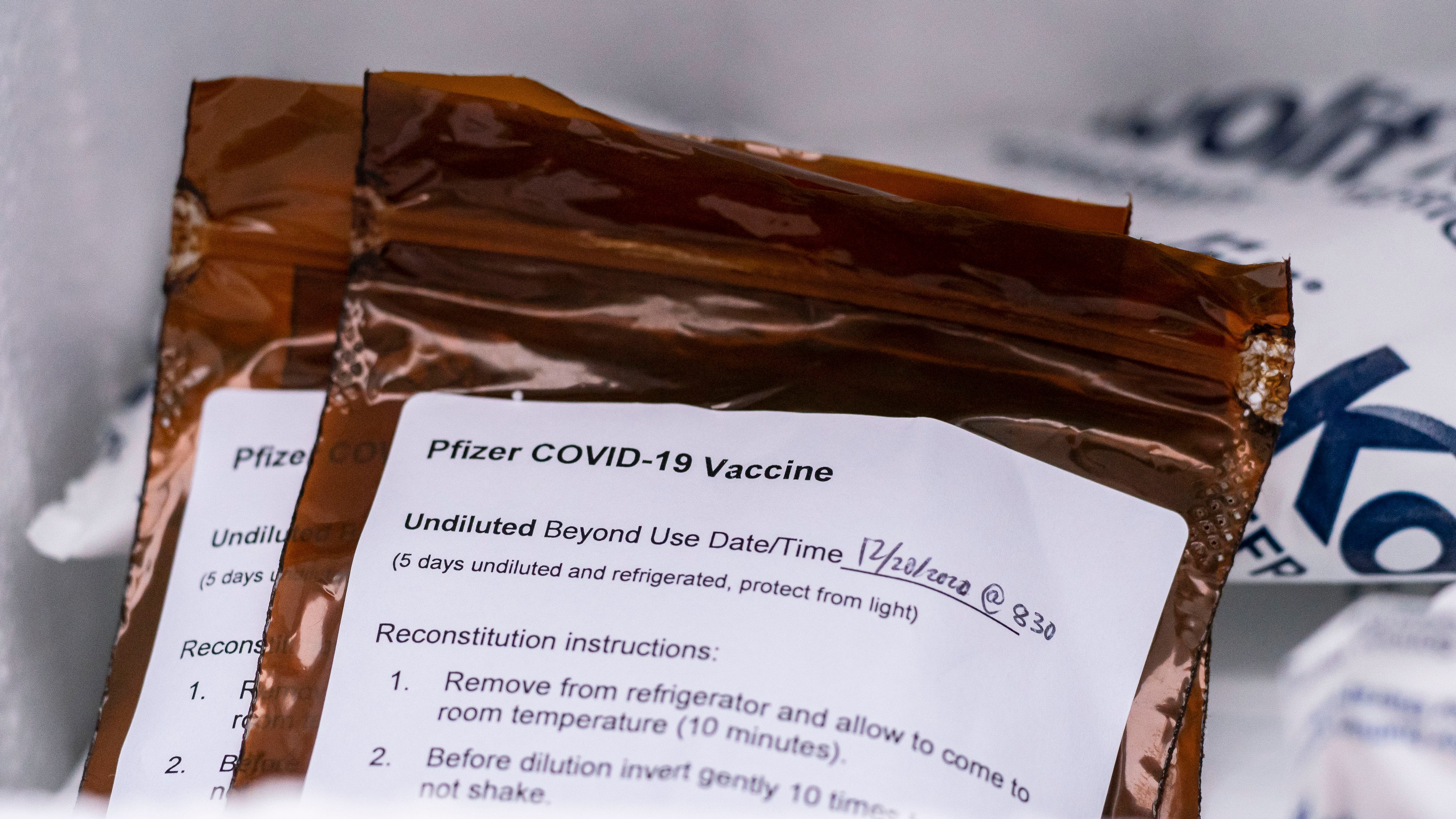 As some countries distribute COVID-19 vaccines, others are being left behind.

Poorer nations. Since the pandemic began, the coronavirus has further exposed the inequalities in health care systems and economic power between rich and developing countries. Think: Richer countries like the US, UK, and Canada have spent hundreds of billions of dollars (combined) on vaccine research and development. And while that's helped lead to results (hi, Pfizer and Moderna), it has also widened the global gap to access. One analysis found that wealthy nations have essentially cleared the vaccine shelves, with some claiming enough doses to immunize their populations by the end of 2021. But developing countries could have to wait until 2024 to do the same. Here's where access stands so far:

In Africa…The continent's CDC director has said it's unlikely any vaccine will be distributed before the middle of 2021. But the World Health Organization urged the continent to get ready for a vaccine rollout – since it faces challenges like lack of trained health care workers, resources like refrigeration materials, and community support. The WHO also added that it's helping secure enough doses to provide for 20% of the African population – far from the 60% officials say is needed to achieve herd immunity.

In Asia…China and Russia have already rolled out their own shots – which had some experts questioning its efficacy and safety. India is reportedly trying to roll out its vaccine soon. And Singapore approved Pfizer-BioNTech's vaccine and expects the first doses to arrive by the end of the month. In countries like Indonesia and the Philippines, vaccinating a portion of the population could take over two years. And govs will likely need to tackle how they will distribute vaccines to remote areas that lack proper transportation and infrastructure.

In the Americas…Many countries in these regions are unprepared for a vaccine rollout because of things like gov corruption and failing health care systems (think: Brazil, Venezuela). Mexico and Argentina are looking to produce at least 150 million doses of AstraZeneca's vaccine for most of Latin America, which will reportedly be cheaper to produce there than in other places. In the US and Canada, Pfizer-BioNTech's vaccine is already being distributed. And Moderna's could be approved for emergency use in the US soon.

In Europe…The UK became the first Western country in the world to vaccinate its citizens. And the EU could approve the Pfizer-BioNTech vaccine before the end of the year. Italy, Germany, France, and several other EU countries have also agreed to coordinate vaccination campaigns (think: sharing data, fighting disinformation).

In Australia and Oceania…Australia and New Zealand have been relatively successful at containing the virus. But New Zealand still made a deal to get 1.5 million vaccines from Pfizer – once it's approved there. And Australia, which had to scrap its own experimental vaccine, is banking on AstraZeneca to come through in March.

So, what's being done to help?

The WHO saw this problem coming and set up the COVAX initiative earlier this year. Its goal is to make a vaccine available to high-risk people around the world and to discourage countries from hoarding it once it's developed. So far, over 170 countries have signed on. But, the effort's far behind on funding and it hasn't approved or secured a vaccine to distribute. Meanwhile, the US's friendly upstairs neighbor is reportedly saying 'we might be able to give you our leftovers, eh.'

The disparities between rich and poor countries have always existed, but the pandemic is widening the gap even more. Some developing countries are months (if not years) away from getting a vaccine, and experts say not sharing could make the world more susceptible to new outbreaks.

The International Criminal Court (ICC). Earlier this week, it decided it won't investigate China's mass detention of Uighurs. Reminder: Beijing has been under a microscope for years over its treatment of the Muslim minority group. And has been accused of placing them in internment camps, forcing sterilization measures, and coercing over half a million people from this group and other ethnic minority groups to pick cotton, among other human rights abuses. Activists and Uighurs in exile have called on the court to step in. But the ICC decided not to (for now) because China's not a part of the ICC. And there wasn't enough evidence to show Chinese officials committed the crimes.

Who's seen the headlines…

Sen. Mitch McConnell (R-KY). Yesterday, the Senate majority leader recognized President-elect Joe Biden's win for the first time, saying "the electoral college has spoken." Reminder: earlier this week, US electors voted to cement Biden as the winner. This acknowledgment is important because McConnell is a leading Republican and an ally of President Trump. And because many Senate Republicans still haven't recognized a Biden win. While McConnell has congratulated Biden, the White House has yet to do so.

...Oh and speaking of Biden, he's expected to nominate former Democratic rival, Pete Buttigieg, as transportation secretary. Buttigieg could be the first openly gay cabinet secretary if confirmed by the Senate.

While this new podcast gets ready to feature inspiring stories...