Daily Skimm: President Biden's Day 1, COVID-19 in the US, and a Jersey in the White House 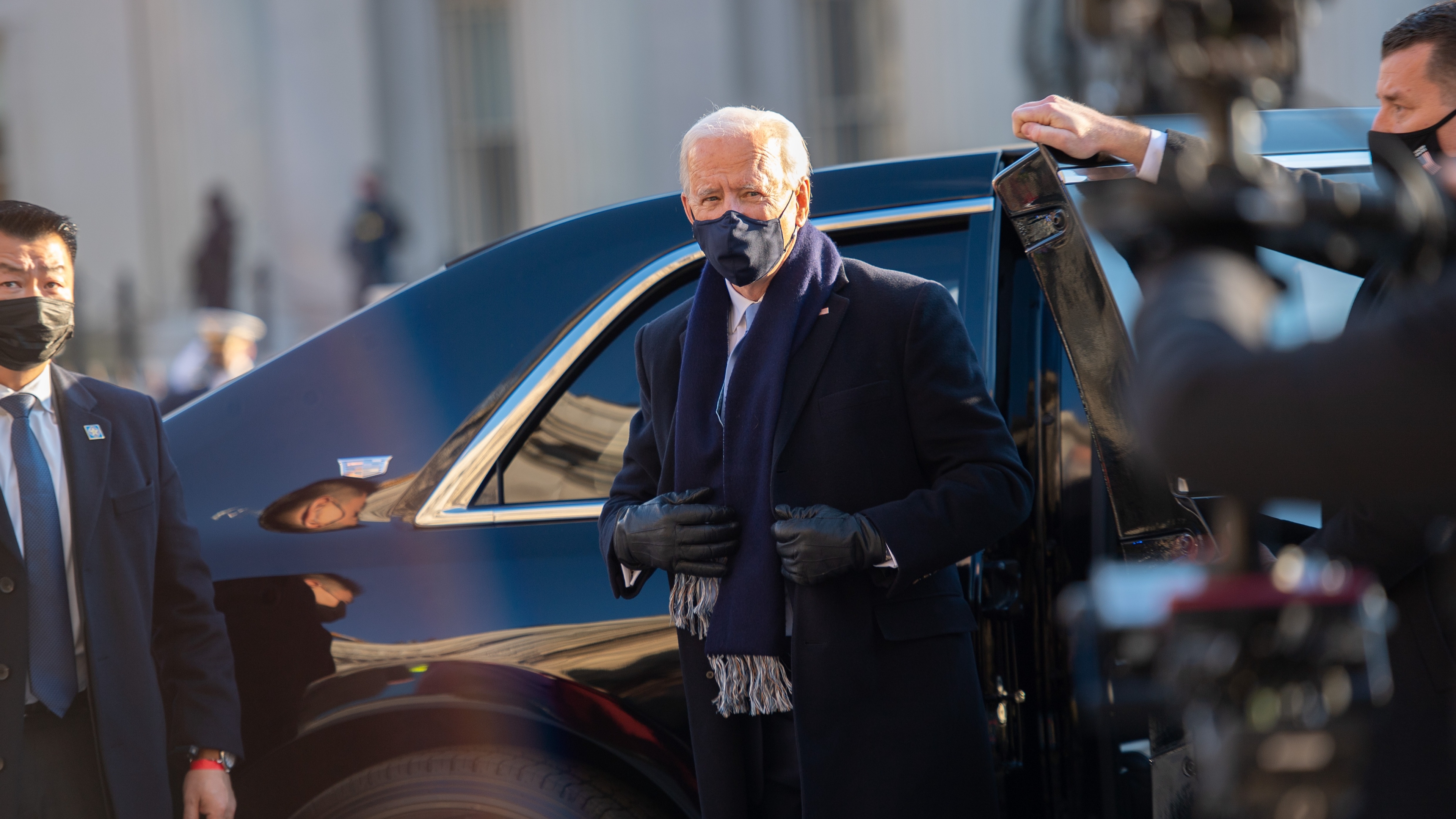 The United States of America has a new president.

It is. Yesterday, the world watched as President Joe Biden and Vice President Kamala Harris took their oaths of office, promising to "preserve, protect, and defend the Constitution." With that, Biden is the oldest president in US history. And Harris is the first woman, first Black person, and first South Asian American to take on the second-highest office in the land. It all happened against a backdrop of masks, social distancing, and no crowds to limit the spread of COVID-19. And as tens of thousands of troops stood ready for any potential threats on the Capitol. Despite it all, Biden and Harris marked the beginning of a new era.

After his swearing in, the 46th president addressed the nation. Following years of division and misinformation, a contested election, and an attack on the government, Biden said that "democracy has prevailed." He urged for unity and called for an end to the "uncivil war" that divides Americans. And he reached out to the 47% of voters who didn't choose him, promising to be "a president for all Americans." While making his plea, the president acknowledged the challenges before him, including a raging pandemic, a struggling economy, systemic racism, and persistent threats of white supremacy and extremism. Biden also took the wide lens, mentioning the need to confront the climate crisis and warning countries who may pose a national security threat. And he said the US will lead "not merely by the example of our power, but by the power of our example."

And former President Trump wasn't there to see it. But other people were: Former VP Mike Pence walked out at the end of the ceremony alongside Harris and second gentleman Doug Emhoff. Lady Gaga made sparks (and doves) fly for the national anthem. JLo reminded everyone this land is our land. And Garth Brooks had amazing grace. Eugene Goodman – the officer credited with diverting a mob of attackers during the Capitol siege – was honored by escorting Harris to the ceremony. Treasury Sec nominee Janet Yellen brought a blanket. Sen. Bernie Sanders (I-VT) brought mittens. And purple was the color du jour. But the one who really stole the show was Amanda Gorman.

She was the country's first National Youth Poet Laureate in 2017. And yesterday, at age 22, she became the youngest poet to recite at a presidential inauguration. Gorman finished "The Hill We Climb" the night after the Capitol riots. And she knew she had an important message to share: "to put our future first, we must first put our differences aside."

Yesterday marked the end of a long and winding road for Biden. And the beginning of a new one that's got a number of bumps ahead. But if history has shown anything, it's that America does and can move forward.

It didn't take long for President Biden to get to work. He signed at least 17 executive directives on things like COVID-19, the economy, climate change, and racial inequality. Here's what was on 46's first to-do list:

COVID-19…He placed a mask mandate requiring people to wear them on federal grounds. And plans to encourage Americans to meet his 100-day mask challenge to mask up for (you guessed it) 100 days. Biden also halted the US's departure from the World Health Organization, which was supposed to go into effect July 6. Dr Anthony Fauci will now lead a US delegation at today's executive board meeting.

The economy...He also ordered agencies to extend moratoriums on evictions and foreclosures. And extended the Trump admin's pause on federal student loan payments. Here's what that could mean for you.

Climate change...Biden rejoined the Paris climate deal. He also withdrew the permit allowing the construction and use of the Keystone XL pipeline. And reinstated an Obama-era rule that doesn't allow oil and gas drilling in Arctic waters and the Bering Sea.

Equality...He rescinded Trump's controversial 1776 Commission intended to go against the 1619 Project. And ordered each federal agency to do an equity assessment and report within 200 days to address obstacles in place that hold back underserved communities.

Immigration...Biden ordered his Homeland Security Secretary (pending confirmation) to protect the Deferred Action for Childhood Arrivals program (DACA) with help from the attorney general. He took steps toward stopping the construction of former President Trump's border wall. And ended the travel ban on Muslim-majority countries.

On other issues...He ordered changes to the Census – think: including unauthorized immigrants in the count. And like some past presidents, Biden also ordered all of those appointed to his admin to sign an ethics pledge.

Meanwhile, on the VP's agenda, Kamala Harris swore in Senators Jon Ossoff (D) and Raphael Warnock (D), who won the runoff elections in Georgia earlier this month. She also made her replacement official by swearing in Sen. Alex Padilla (D-CA). And Senate Majority Leader Chuck Schumer (D-NY) got an upgraded title as the Dems officially took control of the Senate.

What has made an unwelcome circle around the sun…

COVID-19. This week marks a year since the US discovered its first coronavirus case in Washington. Cases still continue to rise. Earlier this week, the US reached a grim milestone surpassing over 400,000 deaths – about the number of US soldiers killed in World War II. Vaccine distribution has been slow, and in New York City, vaccines could run out by the end of the week. The news came amid another grim milestone: yesterday the US reported a record 4,409 deaths in a single day.

Who's all about payback…

China. Yesterday, the country sanctioned former Secretary of State Mike Pompeo and over two dozen other former Trump admin officials. This comes a day after the admin publicly accused Beijing of committing genocide against its Uighur Muslim population. The country has detained hundreds of thousands of Uighur Muslims and other ethnic minorities, placing them in forced labor camps. China has denied human rights abuses and says the camps reduce the threat of extremism and terrorism. Now, it's sanctioning individuals it accuses of having "violated China's sovereignty," blaming them for being "mainly responsible" for US-China tensions. It's banning them from entering the mainland and Hong Kong. And restricting people in China from doing business with anyone tied to those sanctioned.

What hasn't been getting the royal treatment…

Monarch butterflies. Earlier this week, researchers counted fewer than 2,000 monarchs along the California coast – a record low. The culprits: climate change, pesticides, and...humans. An increase in housing has also reportedly destroyed their habitats. And scientists fear this suggests that the western monarch population is close to being extinct.

What's going on display at the White House…