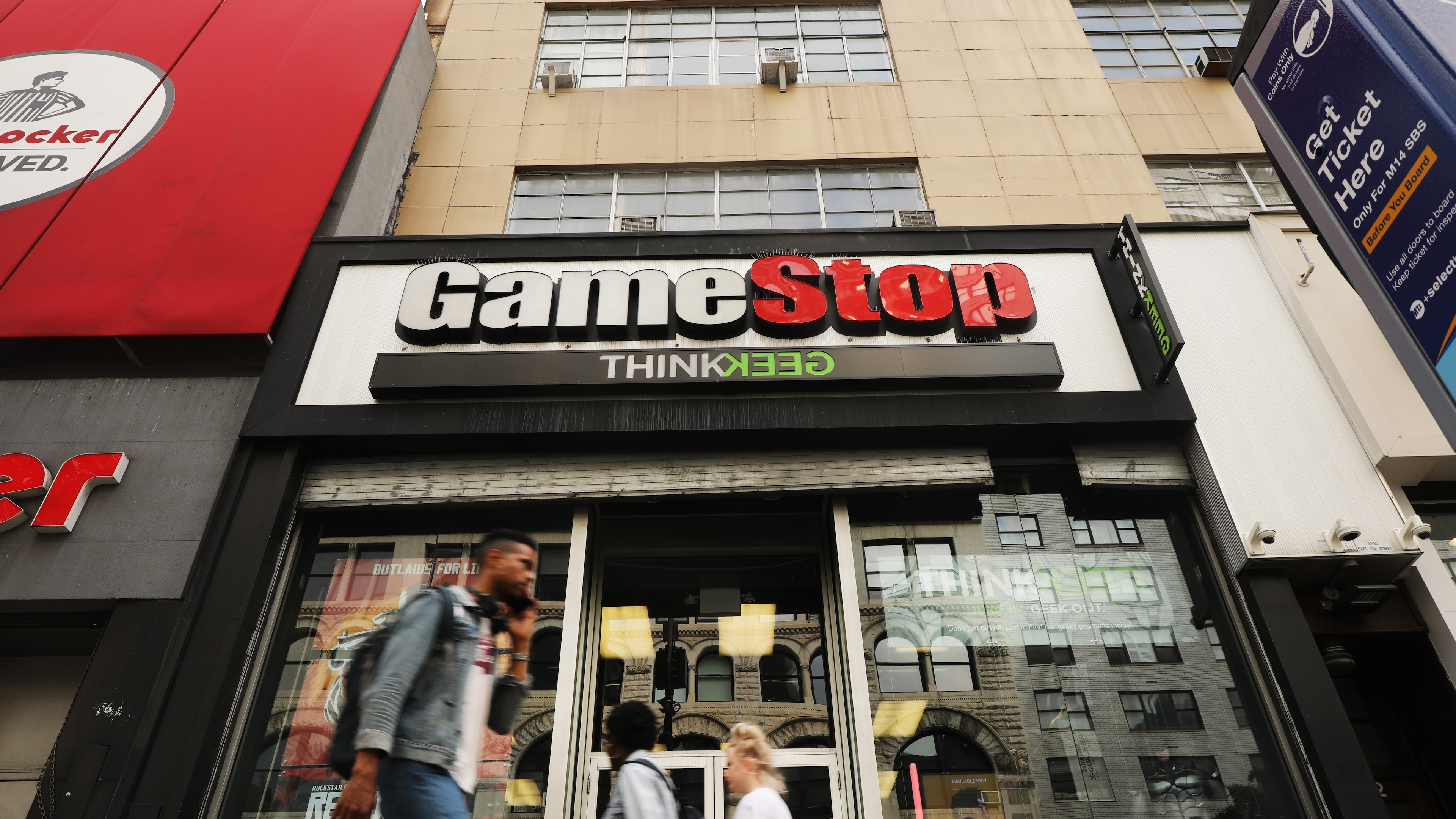 GameStop is taking the stock market by storm.

This is so over my head.

We're here to help. First, a brief history: Everyone's favorite video game retailer went public in 2002. But being a brick-and-mortar shop in a digital world isn't easy, and GameStop had been struggling for quite some time. To make matters worse, the pandemic hit, forcing the former shopping mall staple to announce hundreds of store closures. In 2020, its share price fell to under $5. And certain investors, hoping to see GameStop's stock continue to decline, began short selling aka betting against it. But suddenly, as if by magic, GameStop's stock soared nearly 1,800% this month, and its share price reached over $350.

What if I don't believe in magic?

Then believe this: the driving force behind the stock surge is Reddit. Specifically, its message board with nearly 5 million followers called Wall Street Bets – where people can share trading tips and ideas. And occasionally rally a huge internet community with a shared goal: to stand up against big hedge funds, and mess up short sellers. (Remember: short selling is when investors borrow a company's shares to sell them. Then they buy them back at a cheaper price when the stock price falls. And pocket the difference.) So having learned that hedge funds were short selling GameStop, message board members went into full multiplayer mode. They teamed up to buy GameStop stock en masse. And then others hopped on the bandwagon.

Not at all. Some hedge funds that had shorted the stock (see: Melvin Capital) had to buy it back at a higher price than what they sold it for – losing a collective billions of dollars. And as the stock price kept going up, some individual investors reportedly made millions of dollars. But that delight quickly turned into anger when stock trading app Robinhood (and other financial companies) jumped in to say 'game over.' It restricted people from buying GameStop stock due to the "volatility" in the market. But other established investors and hedge funds were free to trade stocks.

Many – including politicians spanning from Sen. Ted Cruz (R-TX) to Rep. Alexandria Ocasio-Cortez (D-NY) – agree. They condemned the company, whose mission statement reads in part: "we believe that everyone should have access to the financial markets." A class-action lawsuit's already been filed for alleged market manipulation. Others wondered why the SEC didn't get involved, and called for regulators to re-examine how the system works. And the irony of Robinhood's name is not lost on people. Robinhood said its decision wasn't easy, and that it was made to best serve its customers. Today, the platform's allowing for limited buying.

A group of investors on Reddit have turned the market upside down in an attempt to hurt big hedge funds. And companies had to step in to gain control – a move that's sparking criticisms about Americans' rights to trade freely in a market that often benefits the rich.

Want more money news? Sign up to get the Skimm Money newsletter in your inbox every Friday.

Who's taking care of business...

President Biden. Yesterday, he put health care front and center in his executive actions – taking steps to fulfill some of his campaign promises to reverse policies by the Trump admin. Here's what's rolling out:

PS: We break down how to choose the right health insurance plan through private insurers or the ACA marketplace.

The South Africa variant. Yesterday, South Carolina health officials confirmed the US's first cases of B1351 (aka the variant first detected in South Africa). The cases involve two adults who have no known connections or travel history. Meaning, the variant could already be spreading. Scientists think B1351 is 50% more contagious, but there's no evidence yet of it being more deadly. However, researchers say the variant has shown to weaken vaccines' effectiveness in producing antibodies.

Cicely Tyson. Yesterday, the groundbreaking Black actress died at age 96. Born in Harlem, Tyson first made her acting debut in "12 Angry Men." For seven decades, she acted across theater, TV, and film, rejecting roles she saw as demeaning to Black women. She was nominated for an Oscar for her role in the 1972 movie "Sounder." And was the first Black woman to win a lead actress Emmy for the 1974 tele-movie "The Autobiography of Miss Jane Pittman." But Tyson didn't stop. She went on to act in "How to Get Away with Murder," get a Tony at age 88, and win the Presidential Medal of Freedom in 2016. Earlier this week, she published her memoir, "Just As I Am." Viola Davis credited Tyson with giving her the "permission to dream." And Shonda Rhimes said "her power and grace will be with us forever." RIP.

Emmett Till. Earlier this week, the Chicago City Council designated Till's childhood home a landmark. Till's story helped incite the Civil Rights Movement: In 1955, two white men lynched the Black teen in Mississippi when he was visiting family. He had been accused of whistling at a white woman in a store. The killers were acquitted by an all-white jury. And the woman reportedly recanted her testimony decades later. Now, his home is a Chicago landmark – officially protected from ever being demolished. Advocates plan to turn it into a museum.