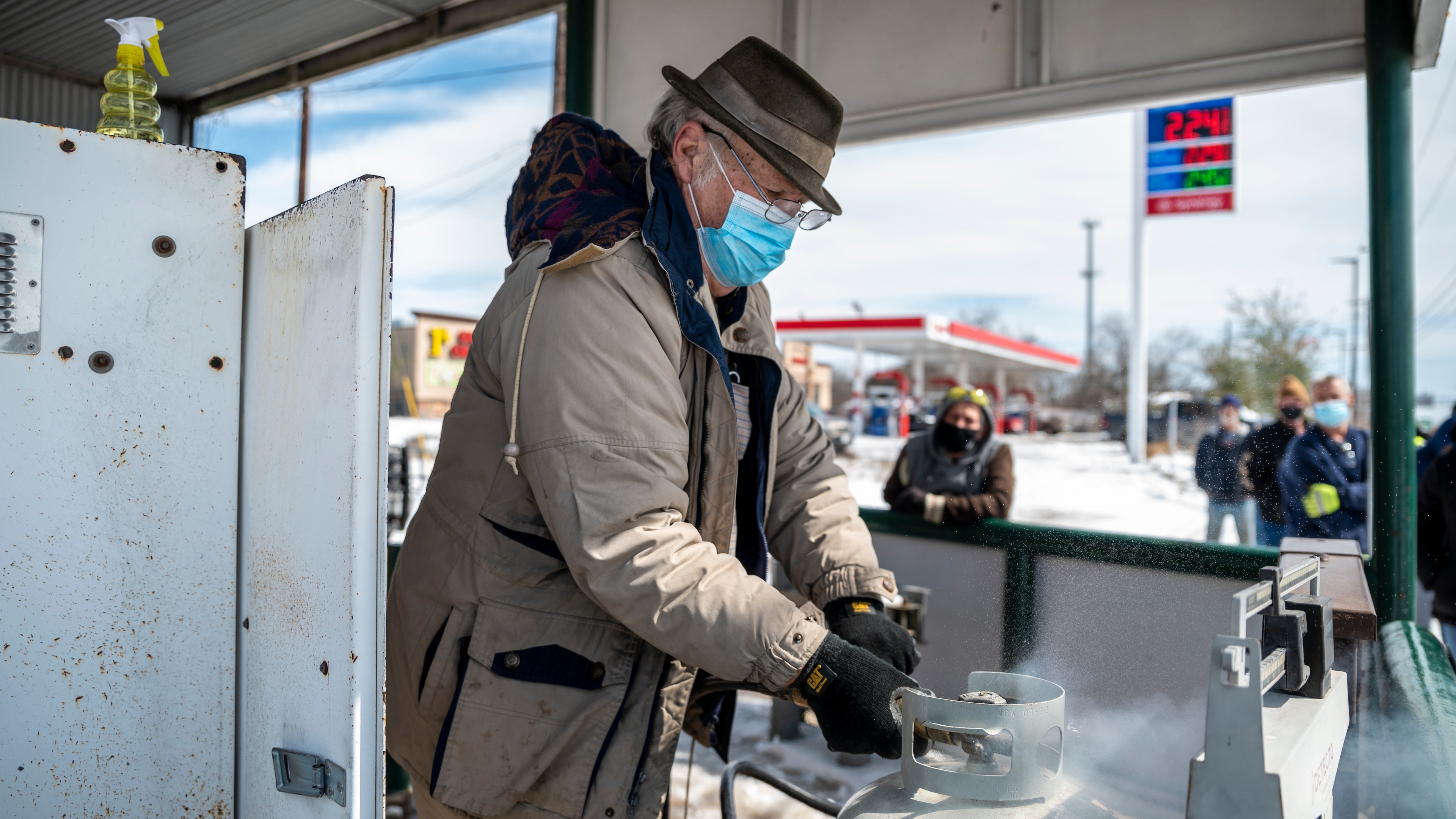 Texas is reeling from a huge winter storm.

Earlier this week, freezing temperatures, snow, and icy roads hit the central US. And Texas has been the hardest hit. More than 2 million people are still without power, down from more than 3 million earlier this week. Over a dozen people have died and animals are in danger too. COVID-19 vaccination centers canceled appointments. Retailers like Walmart temporarily shut down hundreds of stores. And meteorologists say it's not over, as another storm is expected to hit the state today. FEMA's stepped in to help, bringing generators, blankets, and water to Texans. But the impact hasn't been the same for everyone.

Texas imposed rolling blackouts to preserve electricity statewide. Marginalized communities were believed to be the first to lose power. Experts say this created a dangerous situation, as many underprivileged communities found themselves unable to leave for safer areas (mostly for financial reasons), and left with fewer resources. On top of that, Texas operates its own power grid, which saw electricity prices soar more than 10,000% earlier this week. And it's raising concerns that low-income communities could be left struggling to pay their utility bills next month.

So, what's the state doing?

Playing the blame game. Texas Gov. Greg Abbott (R) has already called for an investigation into why the state's power grid has failed. But blamed alternative energy sources like solar and wind turbines in part for the state being in the dark. (Note: wind power reportedly made up less than 13% of the outages.) Abbott also used it to push his idea that the Green New Deal wouldn't work for the US. But state energy officials said 'that's not the case.' They pointed to issues like Texas relying too much on natural gas and not winterizing its power system (think: regular maintenance checks, keeping equipment warm). Some residents also reportedly said they weren't warned about the blackout lasting more than a day. All of this has reignited a larger topic: where the US stands on energy.

Texas wasn't prepared for this Arctic weather. As pipelines and turbines froze because of freezing temperatures, energy demand skyrocketed. And Texas's power grid just couldn't handle it. Now, experts say this could be a preview of what could happen in the future as climate change fuels unpredictable weather. It's something the Biden admin wants to tackle. In his first days, President Biden signed an executive order with the goal of eliminating US carbon emissions in the energy industry by 2035 (though it didn't give specific guidance yet for how to make it happen). Now, his admin is facing a climate challenge that's pushed generators and energy lines to a breaking point.

The US has experienced a series of extreme weather events in recent years (see: wildfires, hurricanes). But our infrastructure – including US power grids – remains old, outdated, and ill-equipped to handle the emerging challenges of climate change. What's happening in Texas shows why that needs to change – and fast.

PS: Here's how you can help Texas residents amid the winter weather aftermath.

Who's taking a jab at the coronavirus...

The UK. Yesterday, it announced the world's first COVID-19 human challenge study. Unlike traditional trials, these trials involve infecting participants with a small amount of the virus...on purpose. They've been carried out for other diseases like cholera and the flu, with the goal of better understanding how the virus works, and fast. Now, the UK's searching for up to 90 healthy volunteers between the ages of 18-30, who'll get about $6,200 each to be infected and monitored around the clock over the next couple of weeks. Researchers say it could improve COVID-19 vaccines, booster shots, and other treatments. But without a COVID-19, the move may prove dangerous.

Oxford University. Last week, it started the world's first coronavirus vaccine trial in young kids. This month, around 240 volunteers aged 6-17 will get the AstraZeneca shot. The goal: to assess the vaccine's safety and effectiveness in younger patients. Pfizer and Moderna are reportedly planning similar moves – and have already been carrying out trials in US kids as young as 12. Dr. Anthony Fauci has said he hopes that American kids could get vaccinated as early as late spring.

...Oh and speaking of vaccines, President Biden is promising there'll be enough for all Americans by the end of July.

Rush Limbaugh. Yesterday, the conservative radio host died at age 70 following a battle with advanced lung cancer. For 32 years, he hosted "The Rush Limbaugh Show," garnering more than 15 million listeners as a defining voice of conservative media. But he was seen as a polarizing figure – including for his racist ("Have you ever noticed how all composite pictures of wanted criminals resemble Jesse Jackson?"), sexist ("Feminism was established so as to allow unattractive women access to the mainstream of society"), and homophobic ("America's still not ready to elect a gay guy") remarks. He also pushed conspiracy theories like that global warming is a hoax, that the coronavirus is the "common cold," and that former President Obama wasn't born in the US. And he was a staunch supporter of former President Trump, recently defending him as he faced his second impeachment trial. Trump, who presented Limbaugh with the Presidential Medal of Freedom in 2020, remembered him as a "legend."

Who's speeding into the boardroom…

Seiko Hashimoto. Today, the Olympic medalist was appointed to lead the Tokyo Olympic organizing committee. Last week, former Japanese Prime Minister Yoshiro Mori resigned as the committee's president amid backlash over his sexist remarks about women. He had said that women have a "strong sense of rivalry" and talk too much in meetings. Hundreds of Olympic volunteers quit in protest and sponsors spoke out. Now, Hashimoto says she plans to address gender inequality on the board. Japanese tennis player Naomi Osaka – who recently beat Serena Williams in the Australian Open – commended the move saying "barriers are being broken down."