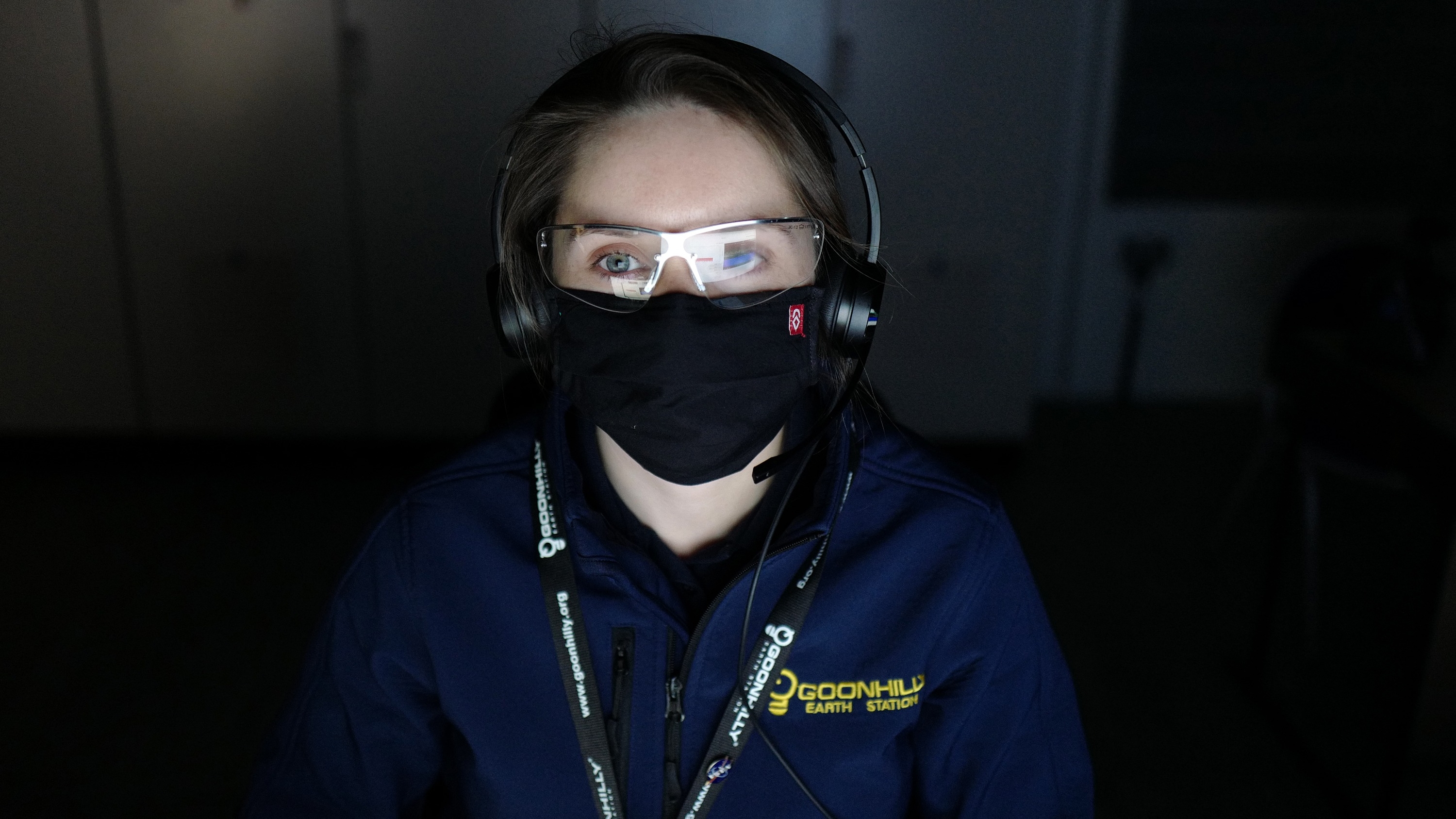 They See Me Roving

Yesterday, NASA made its ninth landing on Mars when a US rover (hi, Perseverance) touched down on the red planet for the first time in about 10 years. And after a nearly seven-month journey, spanning nearly 300 million miles, the spacecraft made it through the nerve-racking "seven minutes of terror." And NASA scientists erupted in fist pumps and cheers.

Seven minutes of what now?

Terror. (We have chills too.) It refers to the time it takes for the rover to enter Mars' atmosphere and begin the landing process. But since the planet is millions of miles away, communication between the rover and Earth is about as fast as dial-up in the '00s. Because of this lag, the rover says 'I'm the captain now' and lands itself. And NASA scientists get their patience tested.

Well, it's not called 'seven minutes in heaven.' Perseverance weighs a little more than one ton (think: the size of a small car) and was coming in hot at about 12,000 miles per hour. Once the rover reached Mars' atmosphere, it dropped its protective capsule, went into a brief free fall, deployed its parachute, and was slowly lowered to the planet's surface. And like any good kid, Percy phoned home after landing – even sending back pictures of Mars' dusty landscape. But this rover is queuing up its own Mars firsts.

It will be the first rover NASA has sent to the planet to look for signs of ancient life. Perseverance landed in the Jezero Crater, a 28-mile-wide basin that researchers believe was once filled with water. In the rover's two-year mission, it aims to find organic molecules and potential signs of microbial life. It'll also provide the first recordings of sound on Mars. If that wasn't enough, Perseverance will help NASA achieve the first flight on another planet. The rover brought a four-pound helicopter (hi, Ingenuity) in its suitcase. After Percy drops off its travel companion on Mars' surface, it'll be up to Ingenuity to stay warm and charged so it can make its 20-second historic flight.

Finally, 2021 has given us something to celebrate. The Perseverance rover is the latest step in the human obsession with the red planet to learn more about its history. And could bring scientists closer to getting human explorers up there to see Mars for themselves.

Who's addressing the elephant in the chat room...

Robinhood. Yesterday, CEO Vladimir Tenev showed up virtually in front of the House Financial Services Committee to address its roles in the GameStop saga. Quick recap: GameStop stock exploded last month after a message board on Reddit encouraged people to buy the struggling stock as a way to stick it to hedge funds that were short-selling it. Then Robinhood stepped in and stopped everyday people from purchasing the stock claiming market "volatility" but let established investors and hedge funds trade. The move had people saying 'hey that's market manipulation.' Now, lawmakers are looking into whether Robinhood and other brokerages skirted federal regulations. Robinhood said it had to stop trading to protect itself and its users. But critics are saying that trading shouldn't be decided by a select few.

This report. Yesterday, the CDC said that the US life expectancy dropped to its lowest since World War II. In the first half of 2020, life expectancy on average dropped from 78 years to 77. But it affected racial minorities even more. The average life expectancy for Black Americans dropped nearly three years (down to 72) and two years for Hispanics (down to 79). The CDC said this is in part because of the COVID-19 death toll, but the drop could be larger since this report only counts for half of the year. And while COVID-19 cases in the US have dropped recently, they were much higher last month – soon after vaccines began to roll out.

Where people are still struggling…

Texas. The state is still reeling from record-breaking extremes that have frozen pipelines, roads, and left millions of people without electricity and heat. As of yesterday, 340,000 homes were still reportedly without power as another storm hit the state. But the Electric Reliability Council of Texas said it's getting to work and turned the lights back on for over 2 million people. Still, officials are urging Texans to boil their water as pipes froze and water treatment plants are without power. All of this is bringing attention to...

Who's got people looking into beauty standards…